A new psychiatric treatment delivered within a new theory of mind

Amazon description: This book is written from an evolutionary point of view for a general audience interested in what motivates human nature. The psychiatrist author humanizes severe mental illnesses by demonstrating that the inner experience of those conditions can be interpreted as “emotional fossils,” which reveal the deep evolution of normally functioning emotions and motivations. The power of this treatment of universal stigma that has always been part of mental illness lies in the new theory of human mind evolution that emerges, which is every bit as significant today as Charles Darwin’s The Descent Of Man was in 1871

Drawing on the work of Duke developmental psychologist, Michael Tomasello (Becoming Human, 2019), the thesis of Emotional Fossils is that, prior to our own species, the crucial evolutionary adaptation during the six million years of human evolution was the coordination of divided labor, i.e., teamwork. To permit the close engagement necessary to reap the benefits of teamwork, primate dominance hierarchies declined, and a new authority of justice arose. Over millions of years, in the course of refining the capacity for teamwork, unique collective motivations evolved to predominate social behavior. This heritage is glaringly reflected in the magnitude of our shared languages and cultures held together by the authority of norms and laws.

The manic phase of bipolar disorder clearly reflects Darwin’s mechanism of sexual selection, recently reasserted by Yale ornithologist Richard Prum (Evolution of Beauty, 2017). In our own 300,000-year-old species, sexual selection superimposed upon established collective instincts a motivation to seek the pleasure of social esteem. This modern human ambition is referred to by psychiatrists as narcissism, and vanity in biblical texts. Problematic in our Homo sapiens species has been the awakening within individuals of long dormant primate impulses to dominate as an instrument of vanity.

Emotional Fossils is a closely reasoned, scientifically documented argument that is continuously leavened by fresh ideas, vivid clinical vignettes, and even flights of imagination into narratives of the inner emotional life of the species of our ancient human ancestors. Despite its brevity, this book is the most complete and satisfying answer you will ever read to the question, “What makes us tick?”

2 Comments on “What Makes Us Tick?” 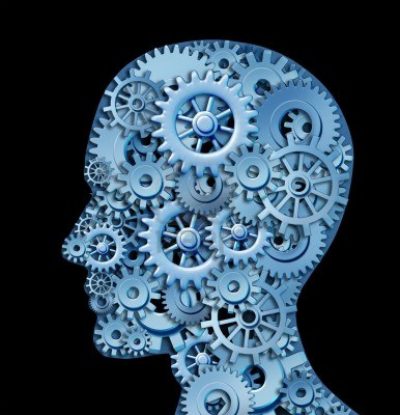