Note: I have recently changed subscription services. If you are not receiving posts in your email, they may going to your spam list. To correct that, add feedblitz@mail.feedblitz.com to your contact list.
Those who have followed this blog know that it is my conviction that the expansion of the brains of the pre-Homo sapiens hominin species was underlain by a collective intelligence (called the Old Mind) upon which the individual intelligence of our own species (the New Mind) was overlain. See this post for a summary.

Among the capacities that is often attributed to the success of our ancestral hominin species, enabling them to migrate into vastly different climates encountering varieties of circumstances, is flexibility. However, I have never encountered a satisfactory explanation of how this vaunted flexibility actually works. Here is my attempt: 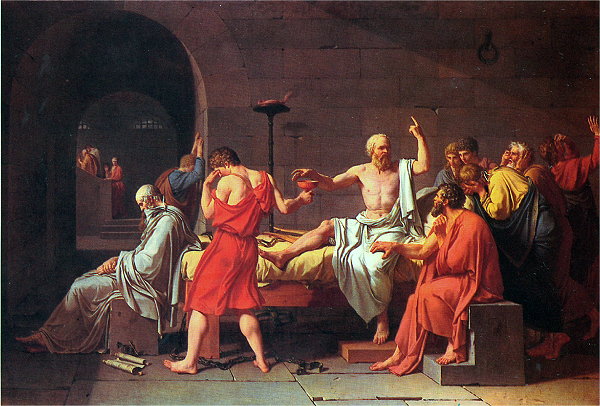 One of the seminal events in human history was Socrates’ impassioned speech to his fellow Athenians before being sentenced to death for corrupting the youth with his dialogues:*

Good Sir, you are an Athenian, a citizen of the greatest city with the greatest reputation for both wisdom and power; are you not ashamed of your eagerness to possess as much wealth, reputation and honors as possible while you do not care for nor give thought to wisdom and truth or the best possible state of your soul? . . . I shall treat in this way anyone I happen to meet, young and old, citizen and stranger, and more so the citizens for you are more kindred to me. Be sure that this is what the god orders me to do, and I think there is no greater blessing for the city than my service to the god.

Anyone interested in understanding Plato, who wrote about Socrates, in the most palatable way should read Rebecca Goldstein’s Plato at the Googleplex, Why Philosophy Won’t Go Away (2014). She summarizes Socrates’ project in a way that relates it to the Old Mind (aretē) and the New Mind (kleos).

…the value structure of Athenian ideology had to be challenged for moral philosophy to emerge. This was the project of Socrates, and he pursued it with his fellow Athenians wherever he found them…He was nudging the notion of aretē outside its familiar context, prying it away from kleos [glory and fame] and pushing it closer toward a concept the English translators of [Patos’s] dialogues straightforwardly render as “virtue”…The Republic revolves around the virtue of justice. (page 378)

Socrates’ central concern was how to live a life that “mattered.” In this pursuit, he often consulted an inner voice he called his daimōn (spirit) that alerted him whenever he was about to do something wrong.

The central gift of the ancient Greek philosophers emanated from the Ionians in the latter part of the seventh century BCE. They intuited that the chaos of physical (and psychological) nature is governed by a relatively small number laws.

—————————————————-
Initially in the early hominins, the foundation of moral behavior was evolved through the natural selection of the laws of justice on account of the fecundity it fostered (see summary). Then, for two million years thereafter, our brains swelled with acquisition of the ever more refined collective cognitive capacity to identify the most pertinent operational commonalities in different environments. This collective inclination to seek out the general truth behind-the-situation was selected because it enabled ever more tested, and thus reliable, responses to these common, shared aspects of differing situations.

Therefore, what is usually identified as flexibility in effective human responses to a wide variety of circumstances is actually the ability to recognize the laws governing their similarities. The Old Mind begins as a rule-generating machine in the realm of collective behavior (justice), but then becomes a rule-recognizing machine in the realm of collective cognition, thereby progressively exposing the predictable ecology of truth.

It should be factored in that Socrates, who died at the age of 70, regularly had sex with his more attractive younger (male) students with the belief (rationalization) that it was an indispensable initiation rite for the journey to appreciate the realm of truth-beauty-virtue (Goldstein–2015 p.254).

Whenever I get carried away with the “classiness” of classical Greece, I imagine myself entering the Temple of Apollo in ancient times, walking between two very large, marble penises—erect-with-testicles&pubic-hair—expecting to encounter a hard-core pornographic theme park-franchise owned by a Roman named Bob Guccioni. 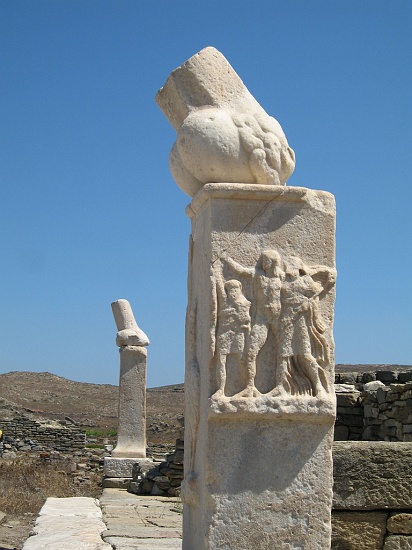