In the past several years, a series of books and studies by prominent scientists are quietly revolutionizing the human evolutionary narrative. Yuval Harari in his Sapiens (2014) makes no bones about his view: “The most important thing to know about prehistoric humans is that they were insignificant animals with no more impact on their environment than gorillas, fireflies or jellyfish.” Add to that Harvard psychologist’s Stephen Pinker’s mainstream view that the further back you go in history, the more war-like and Hobbesian our ancestors’ life becomes. However, Anthropologists Nam Kim and Marc Kissel offer evidence in Emergent Warfare in Our Evolutionary Past (2018) that war has been in the process of slowly emerging during the entire 300,000-year span of our species, culminating with direct evidence for off-and-on chronic war starting about 12,000 years ago; and there is very little evidence for intra-species violence in our ancestral hominin species.

Indeed, a landmark study earlier this year in Nature by Lipson et al., “Ancient DNA and deep population structure in sub-Saharan African foragers,” [link] reveals genomic evidence that between 50,000 and 20,000 years ago populations widely interacted, breeding across most of the African continent, thereafter, becoming more regionalized.  Co-author Elizabeth Sawchuk states “this wasn’t just things moving, this was people moving long distances.” [link] All this movement and interaction, along with scant evidence for war, implies that our current sectarian tribalism is a relatively recent phenomenon, and that there are much deeper human inclinations previously evolved into the human mind to offer hospitality to strangers.

Becoming Human: A Theory of Ontogeny, was published in 2019 by Michael Tomasello, a prominent investigator of the evolution of the mind. Tomasello recognizes that the mystery of how the ape mind evolved into the human mind cannot be directly studied because “collaboration, communication, and thinking do not fossilize.” He approaches the problem by studying comparatively the minds of apes and developing children to ascertain what is exclusively human in human nature. He proposes that collective intentionality (will) in communication is unique to humans, and that it has genetic roots and is not merely a by-product of culture. He has come to this conclusion based on the predictable timing across cultures of the unfolding of 1) shared intentionality arising at nine months old (“Let’s both look at that pretty bird”) and 2) collective intentionality starting around three years old (“That’s the right way we ought to do it”).

Tomasello assumes that collective intentionality was evolved for the benefits of collaborative foraging, and therefore the refinement of teamwork is the unique human adaptation. He then proposes that this human capacity to collectively coordinate group behavior was a major biological transition tantamount to the Cambrian Explosion of life some 500 million years ago when cells assembled into multicellular organisms. Just as individual cells assembled into organically coordinated groups of cells, ape individuals assembled into organically coordinated groups of humans. However, it is beyond obvious that modern humans are not just about productive teamwork.

Yale ornithologist Richard Prum’s The Evolution of Beauty (2017) reestablishes Darwin’s disputed claim that the evolution of our own Homo sapiens species is centrally characterized by sexual display. Examples of sexual display abound in nature, from birds’ feathers and songs to insects chirping away, all saying to each other, “Here I am . . . Where are you?” Darwin considered human behaviors such as singing and dancing as sexual display, and the earliest cave art in Europe and Island Southeast Asia should also be included. Sexual selection for displays is reflected in our dating process whereby we sort through potential mates by our preferences for certain displays, many of which are aesthetic. The following is a fraction of manifold evidence for the vast influence of sexual selection in Homo sapiens:

Here we have the makings of an updated Rousseauian, Abrahamic mythos of man and woman “falling” from millions of years of the Edenic grace of balanced temperaments naturally selected for the productivity of teamwork-for-the good-of-the-group, and extending to multiple groups. Then, in our own species, emerging from within each solitary heart has been a manic rage for self-display, driven by the desire to be desired, which, in his Theory of Moral Sentiments (1759), Adam Smith identifies as what economically motivates us:

From whence, then, arises that emulation which runs through all the different ranks of men, and what are the advantages which we propose by that great purpose of human life which we call bettering our condition? To be observed, to be attended to, to be taken notice of with sympathy, complacency, and approbation, are all the advantages which we can propose to derive from it. It is the vanity, not the ease, or the pleasure, which interests us.

What a piece of work is a man, how noble in reason, how

infinite in faculties, in form and moving how express and

a god! the beauty of the world, the paragon of animals—and yet,

to me, what is this quintessence of dust? Man delights not me—

nor woman neither, though by your smiling you seem to say so.

My lord, there was no such stuff in my thoughts. 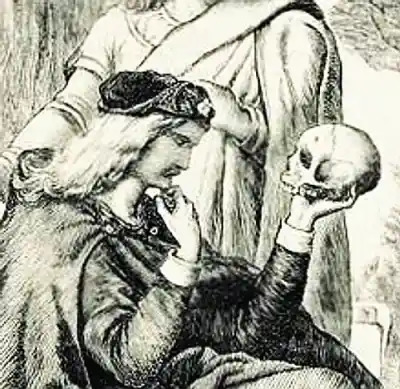