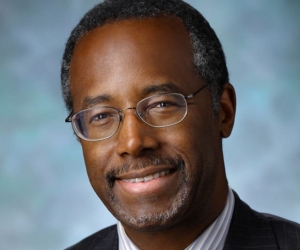 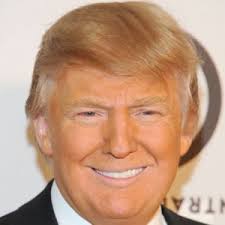 In the course of my 45 year practice as a psychiatrist I became interested and have studied how human motivations have evolved since we arose from apes. This year, it has illuminated for me both Donald Trump’s enraged, egoistic bellowing and Ben Carson’s humble for-the-good-of-all homilies, but what they say is a distraction from their real message which is who they are. Occasionally a politician’s personality is a repository of his era (Bill Clinton), but at this moment we are lavished with two vivid examples of the fundamental paradox of who we are as a species! This is a unique and fleeting public theater about ourselves, and what is written below is your opportunity to grasp the meaning of it.

Like most tycoons, Trump adopts the central Darwinian premise: the survival of the fittest. However tooth-and-nail competition is not the trump-card for The Donald. Rather he is the reigning impresario of the most singular motivational quality that we Homo sapiens have brought to our six million year evolutionary table—sexual-display. Darwin described it in birds:

They charm the female by vocal or instrumental music of the most varied kinds. They are ornamented by all sorts of combs, wattles, protuberances, horns, air-distended sacs, topknots, naked shafts, plumes and lengthened feathers gracefully springing from all parts of the body. The males sometimes pay their court by dancing, or by fantastic antics performed either on the ground or in the air.

What better animal model could there be for Donald Trump?

Indeed the natural selection of sexual-display is the hallmark of our own Homo sapiens species. What makes early human fossils recognizably modern is the attractiveness of males and females for each other. 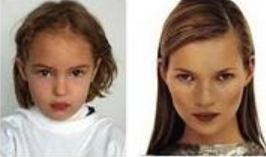 Modern human adults are more gracile and childlike, with proportionately bigger heads than their forebear species. This is the result of a process known as neoteny, which is the natural selection for looking younger, which, as everyone knows is appealing to the opposite sex. Women are markedly more neotonic than males, with reduced noses and jaws. In addition they have exaggerated sexual characteristics, such as beautifully rounded breasts, which, in contrast to apes’, are present even when not lactating.

Furthermore the origins of body ornamentation in Homo sapiens are ancient and persistent. The earliest cultural artifacts associated with modern humans go back to around 100,000 years ago in Africa. They consist of pierced shells, clearly used as body decorations and rubbed their body with red powdered ocher, which continues as a practice.

It was natural for gold to replace shells as the most valuable commodity for humans. Because its shining luster does not tarnish, it’s ideal for jewelry—when things get really tough, you can always take our insatiable demand to enhance our appearance straight to the bank.

So when our very own species arose 200,000 years ago, superimposed upon our six million year evolution since apes, we evolved the passionate desire to be admired and adored, traditionally known as vanity. This motivation is so widespread within us that it is quite simply the Homo sapiens component of our mind—our “new-mind”—and Mr. Trump is an archetypal exemplar of it.

Understanding what motivates Mr. Trump is easy, but Dr. Carson’s gentle spiritual archetype is much less familiar. It comes from the remote depths of the many species of our ancestors, a legacy I call our “old-mind.” World expert on the evolution of the human mind Michael Tomasello defines the essence of what distinguishes humans from apes: “It is an empirical fact that the social interaction and organization of great apes are hugely different with humans being much more cooperative in every way…”

There is no direct science about how our marked cooperation evolved from apes because all of our ancestral species since apes have gone extinct, and minds and motivations do not fossilize. However, we can turn to the two greatest thinkers on the in-depth structure of our own mind, Sigmund Freud and Carl Jung.

Freud’s central insight was that our mind is made up of an id, full of ape-like motivations for sexual dominance, in a balance with a superego. The function of the superego is to suppress and channel these ape-id drives into productive, cooperative behavior. But how and why did this superego evolve in all the many species that have been discovered to have lived since we first arose from apes?

Carson is certainly no warrior. The term “group-selection” is the problem here. Instead relationship-selection should be used: the natural selection not for the winner of any kind of group fitness contest but for the quiet final tally at the end of each and every generation of those relationships, whether between 2 individuals or 102, that produced the most offspring. And for those relationships to thrive in the harsh climates that continuously threatened extinction, our superego evolved to convert the barrenness of ape-competition into the fertility of human-cooperation.

The other great 20th Century thinker on the subject of the human mind was Carl Jung. Here he broadens the superego into divine justice:

Now we are in a position to comprehend Dr. Carson’s mindset. He exists within the vast reservoir of our collective unconscious: the singular authority of human justice was naturally selected to reign down from the ethereal virtual space betwixt and between cooperating individuals—and this authority acquired the biology of an evolving form of life.

Again, forget about what Carson is saying (*): that is a distraction from his real appeal and the authentic authority upon which he draws. The “medium” of Carson is the message – and it is very powerful. He can be understood as an archetype of

our old-mind in which dominance and submission in apes evolved into obedience to the sacred authority of justice that has sustained our bounty and fertility, the very basis of our miraculous, and wholly natural, ascension from the bestiality of apes. In this age of usurpation of the human Spirit, we turn our backs on the force of its presence-in-the-world  at our peril!

Now let’s think about these two gentlemen together. Would not the superimposition of the Trump-mind reverse the benefits of the Carson-mind, which had evolved for millions of years into the most productive social system conceivable?

No. Our own species’ signature desire of romance is the clearest example of how the Trump-Carson ticket won an evolutionary landslide resulting in the ability to bind together ever larger groups of people, which is by far our species’ greatest advantage. Romantic love is an interaction between two new-minds entering into the sustained and heady brew of narcissism and sexuality, tempered by deeply spiritual sentiments stirred by two old-minds bonding for life. Mating outside one’s clan is an entrenched behavior (to avoid inbreeding) and has long been a cohesive force between family-kinship groups. And the reason for the evolution of this species-defining romance was, and still is, its ability to greatly magnify this binding effect from the beginning—and then charismatic traits were evolved on account of their ability to bind together even wider audiences. 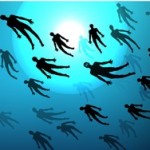 Although Trump will have to keep upping the ante to stay on the stage, he is a socially cohering figure around our admiration as a nation, however begrudging, for the sheer cheekiness of so publicly celebrating what a blast life can be when you have an unlimited supply of gold! But what Donald Trump stirs within us is but an island floating upon the vast unconscious ocean that Dr. Carson challenges us to consider.

We behold in flesh and blood the archetypal purity of the wellsprings of the two fundamental motivations that together constitute our human nature. And there’s the rub. There is no better single word for a healthy mind than balance.

I suspect when we finally do get serious about this election we will chose a less-extreme individual to wield the power of the living willfulness for justice that has sustained our distant ancestors in their long voyage through the eons. 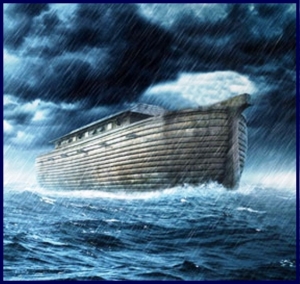 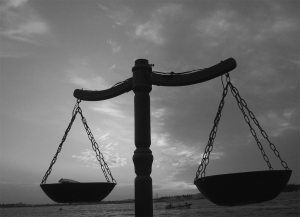 ( * ) With reference to Dr. Carson’s attempt to make religion scientific, this quote by Karen Armstrong from her The Case for God (2009() is very pertinent: 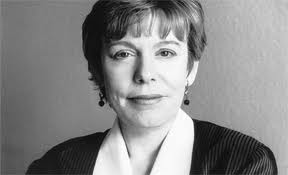 We lost the art of interpreting the old tales of gods walking the earth, dead men striding out of tombs, or seas parting miraculously. We began to understand concepts such as faith, revelation, myth, mystery, and dogma in a way that would be very surprising to our [recent] ancestors.  In particular, the meaning of “belief” changed, so that a credulous acceptance of creedal doctrines became the prerequisite of faith, so much so today we often speak of religious people as “believers,” as though accepting orthodox dogma “on faith” were their most important activity.

This rationalized interpretation of religion has resulted in two distinctively modern phenomena: fundamentalism and atheism.  The defensive piety popularly known as fundamentalism erupted in almost every major faith during the twentieth century.  In their desire to produce a wholly rational, scientific faith that abolished mythos in favor of logos, Christian fundamentalists have interpreted scripture with a literalism unparalleled in the history of religion.

15 Comments on “Trump and Carson: Archetypes in Human Evolution” 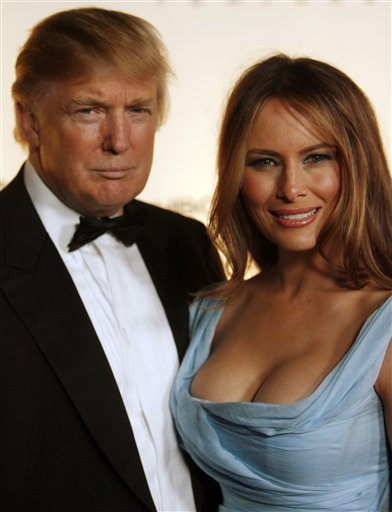 The World of Laughing Emoji Gifs