The curtain rises on the Narrative of human evolution 52 million years ago when the protagonist meets the antagonist; but which is which? In the Narrative the social emotions are the protagonists and the individual’s emotions are the antagonists, but feel free to choose your own side to root for (hint: it has nothing whatsoever to do with whether you are an individualist or a socialist). Prior to that time, primates were solitary individuals and primarily interacted by means of the fight and flight responses, both of which are all too evident in us today. In order for groups to form, these two very antisocial emotional responses had to be counteracted and inhibited by emotions that were evolved in order to afford these early primates the protective benefits of remaining within a group together.

The social emotions, which are the focus of the blog, are primarily two forms of fear which underwent evolutionary alterations in these early primates: the fear of separation and the fear of banishment. These two fears began to be experienced continuously (as opposed to episodically) as anxieties, and they progressively became more intense as the animal moved physically further from the center of its group. So, the fight and flight responses, which tend to cause animals to chase each other out of groups, were opposed and inhibited from doing so by these two different kinds of anxiety. 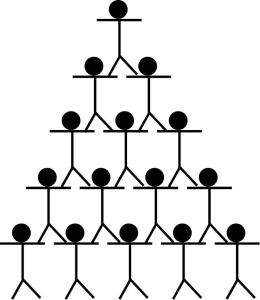 Resulting from the dynamic between the fight and flight responses and the two social anxieties was the hierarchical structure of dominance and submission characteristic of primate groups. As a result of this hierarchical structure that was initiated, primates acquired a special kind of “Machiavellian” intelligence, an ability we have inherited, that enables us, while striving for dominance in a group, to predict each other’s behavior according to one’s position in the hierarchy. In a working organization, we know who we need to impress and who needs to impress us.

The second act opens with the central evolutionary event in our entire evolutionary Narrative occurring ~6 million years ago with the birth of the hominins. This evolutionary transformation was biologically unique and rendered a metamorphosis in which the two social anxieties greatly intensified, and they remain much in evidence today. It was Sigmund Freud who first revealed that much of modern human mental illness is caused by the intensity of social anxieties.
The result of the sudden intensification of these two social anxieties was to transform the dominance and submissive mentalities within primate ape individuals into the single group structure of obedience to the authority of hominin groups. Thus, the competitive motivations between individuals were assimilated into the group as a whole, thereby transforming them into a highly integrated social structure that amounted to a new kind of group-organism. These novel group-organisms that comprised the early hominins evolved coordinated behavior and a communal intelligence, mediated between the individuals by the language of emotion wholly within the mental and emotional sphere. This collective group-mind, having evolved for 6 million years, remains and functions robustly within us today. It was first revealed by Carl Jung, who introduced me to this whole enterprise exactly ten years after he died in 1961.

Finally, the third act commences a mere 200,000 years ago with the most curious and unexpected evolutionary event of all, which rendered us into the strange and unique creature that we remain today. Modern humans evolved an emotional appendage, amounting to a separate new ego mind that began interacting with the collective consciousness of our ancestral hominins. The dynamic interaction between the old mind and this new mind enabled the development of our two most notable capacities: deep grammatical complexity and the two related phenomena of reflective thought and self-awareness.