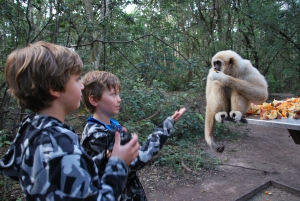 Any child visiting the ape house of a local zoo knows that there is far greater difference between a human and any ape than any differences that exist among apes and even among primates in general. In the excellent textbook, The Principles of Human Evolution (2013), authors Robert Foley and Roger Lewin state: 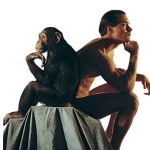 In the contrast between the continuity of evolution and the uniqueness of humans lies the challenge and interest of human evolution. It is the paradox that lies at the heart of the discipline – how is it possible to simultaneously “mind the gap” that exists between humans and other species and be true to the continuous nature of the evolutionary process? It is that challenge that has fueled much of the research into human evolution.

Nevertheless, I believe that there is a clear bias on the part of evolutionary scientists in favor of continuity over uniqueness. Darwin’s theory of natural selection was the first of two scientific revolutions that were the central milestones of what is known as the Enlightenment era. The first was the proposal by Nicolaus Copernicus in the mid-sixteenth century that the sun, not the earth, was the center of the solar system. The late Harvard professor,

Steven J. Gould, defined a central aspect of what I call the Enlightenment narrative when he once said, “The most important scientific revolutions all include, as their only common feature, the dethronement of human arrogance from one pedestal after another…” This narrative is also expressed in the Epigraph of this blog by Edward Wilson when he states, “For centuries the writ

of empiricism [science] has been spreading into the ancient domain of transcendentalist belief, slowly at the start but quickening in the scientific age. The spirits our ancestors knew intimately fled first the rocks and trees and then the distant mountains. Now they are in the stars, where their final extinction is possible.”

I believe that behind the recent “demotion” of our official biological classification from a hominid family to a hominin tribe lies the ingrained bias of evolutionary scientists towards moving humans into ever increasing proximity to apes.

In the old, well-established taxonomy of George Gaylord Simpson in 1945 (Natural History Museum, NYC), apes and humans were divided into two families, Pongidae (apes) and Hominidae (hominids) on the basis of whether the fossil in question is more ape-like, or more human-like. Makes a lot of sense, right? However, it is now accepted by scientists that, on the basis of genetic studies, including molecular “clocks” (Goodman et al.–1998), chimpanzees and gorillas are more closely related to humans than to orangutans. That means on the evolutionary tree, the African apes and hominins are clustered on a more recent branch than the Asian orangutans. According to “cladistic” principles, it is 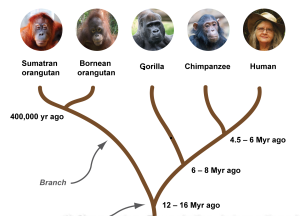 forbidden to give classifications of equal rank (family)—on the one hand, to humans residing ↓ on one branch—and, on the other, to gorillas and chimps occupying that same branch plus orangutans residing on an earlier branch.

The result has been confusion. However, there is near unanimous agreement among scientist that the human family should be expanded to include our cousins, the African apes, and that our former hominid family should be demoted to a lowly hominin tribe. But how about the common sense of the child at the zoo? I have argued in this blog that the metamorphosis that initiated our human family ranks among the most significant evolutionary events of all time, certainly more significant, for example, than winged flight—and birds occupy the mighty rank of class, only third behind kingdom and phylum (then comes order, family, tribe, and genus). 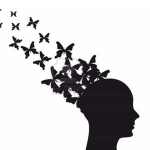 If it were up to me, I would revert us back to hominid and then award us a promotion to the rank of order—the order Hominids—and thus put us on a par with all the primates beyond which we have clearly soared. In the evolution of our mind, from the very beginning, we have taken flight into the realm of spirit! 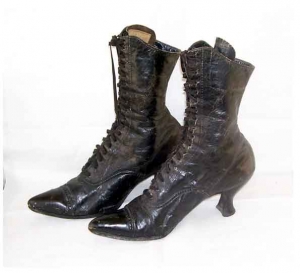 Imagine, for a moment, the distain that would exude from every pore of every primatologist in response to such a proposal! Would it rival the intensity of derision 150 years ago expressed by clergymen to Charles Darwin? Is not the shoe now squarely on the other foot?