The key to understanding human evolution is that an epic transformation took place right from the inception of our hominin tribe: in deteriorating climates, the self-interest of genes, individuals, and groups alike all became subsumed into a single potent adaptation: the productivity of teamwork. Human evolution is marked by a shift from Thomas Malthus’ struggle for scarce resources—fitness, to Adam Smith’s coordination of divided labor—productivity.

I had long thought the term group in group selection to be misleading because it implies a kinship group, whereas the natural selection of teamwork in hominin evolution took place, and still does, in disparate permutations of relationships whether within or between frequently interacting groups. It should be called relational selection in that relationships are competing not for fitness, but for productivity.  Shortly after I read The Selfish Gene by Richard Dawkins forty years ago, I wrote the following in one of my yearly essays to myself. Note the use of the word, coordination instead of cooperation:

Let’s say I am one of these newly evolved relational genes that only become activated during the coordination of behavior with others. One day, while off duty, I’m hanging out next to a true-blue regular gene who proceeds to give me all kinds of grief for being disloyal to the individual in which we both reside. This old-school gene is urging me to look for opportunities to gain advantages over these “so-called” partners. I then sit down and attempt to explain a couple things to this “loyalist” gene. I explain to him that whereas he is a whole gene that is completely in charge of a nice little parcel of selfish behavior for our individual, I am really only half a gene and don’t become activated into a whole gene until I meet my other half in a bonded partner. Since I really don’t become a whole selfish gene until I’m joined with my other half, my loyalty is properly to the coordination of the selfish behavior of the partnership, and not to either individual in which we both reside. At this point, my gene friend is looking a little perplexed and disgruntled, so I make a bet with him that if my half a gene hooks up well with my other half in someone else, the resulting relational gene will help our individual survive and procreate (“including you too, don’t forget!”) better than he does. He reluctantly takes me up on the wager and we go our separate ways. 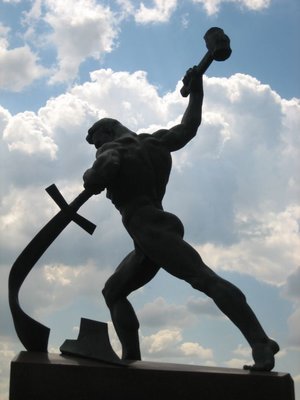