In this blog, I have often stated that the naturally selected method of human reasoning is narrative. Definition by Johns Hopkins psychiatrist Peter Rabins: “Causal narratives seek to knit together disparate observations, facts, and events into a coherent and inclusive whole that convincingly links later events to prior events.” (The Why of Things: Causality in Science, Medicine, and Life, 2013.)

In this week’s Science, a new book was reviewed by Michelle Frazer and Gina Poe entitled When Brains Dream by Antonio Zadra and Robert Stickgold. The following is a passage from their review:

. . . the authors present the ambitious theory that dreams themselves, not just the dream sleep state, play a critical role in the consolidation of memories—a theory they refer to as network exploration to understand possibilities (NEXTUP). They maintain that dreams, rather than merely repeating the events of the day to cement them into long-term storage, allow our brains to freely explore memories that have been filed away over time, extracting information and developing a narrative based on associations.

According to the NEXTUP theory, dreams primarily feature weakly associated themes and memories, an idea supported by previous work in the Stickgold lab, which found that weakly associated word pairs are preferentially activated during REM sleep. Coactivation of weakly associated items could underlie the strange and often unexpected twists that unfold during dreaming.

But why do dreams take on a narrative structure at all? The authors suggest that the narrative allows the dreamer to explore and evaluate possible scenarios, providing a mechanism by which a verdict can be rendered. Dreams that elicit strong emotions, they argue, may cue the brain about the association’s potential utility, which may in turn lead to a strengthening of that association.

The NEXTUP theory appears to be supported by animal studies. Rats trained on a maze later appear to dream about maze routes they had never taken. REM sleep also appears to be a crucial time for zebra finches to “write” their songs. The brain is highly plastic during REM sleep, allowing the erasure of erroneous and weak connections as well as the establishment of new ones. These lines of evidence suggest that dreams may allow the brain to explore potential results that would be dangerous or not possible during wakefulness. 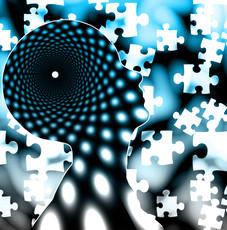