When Science places a finding on their cover, it usually means that it is significant, which is indeed the case with the article by D.L. Hoffmann, et al. Entitled “U-Th dating of carbonate crusts reveals Neandertal origin of Iberian cave art.” A relatively new method of dating utilizing the carbonate drip-precipitated coating overlying the art was used to prove that cave art three sites in Spain are older than 64.8 thousand years old. Because this is 20 thousand years prior to the arrival of modern humans in Europe, it proves that the art was rendered by Neandertals.

This is a very big deal because it proves that the ability to make art was not part of widely speculated cognitive changes that occurred in Homo sapiens, but were latent in the common ancestor of Neandertals and modern humans 500,000 years ago. This is a victory for University of Barcelona paleoanthropologist João Zilhão, who, having adopted Neandertals as the first human occupants of the Iberian Peninsula, has long thought that they were the cognitive equals of modern humans; he speculates that perhaps our Homo ancestors back two million years ago possessed the latent capacity produce art, but had no need to do it. He writes:

Thus, the parsimonious explanation for why art only appears in the archaeological record around 35 ka is that only then did the need arise for systems of social identification/differentiation extending beyond the individual to include the landscapes and resources claimed as territory by the different groups to whom people advertised their allegiance through the use of body ornaments. Sculpted figurines, in turn, are likely to have represented manifestations of the same phenomenon in the personal and domestic arenas of behaviour. The need for such systems can easily be explained as a consequence of adaptive success, with technological innovation leading to demographic growth and implying both increased inter-group competition and increased regulation of that competition. In such a context, it is easy to understand the adaptive value of the emergence of ceremonial behaviours addressing issues of property and rights over resources, and of the development of myths and religious beliefs relating such rights to real or ideal ancestors. Therein lies the origins of art, not in an evolutionarily late mutation endowing modern humans with the capacity for symbolic thinking.

I completely agree with Zilhão that a mutation in modern humans to allow symbolic thinking makes no sense at all and is part of an excessive belief in natural selection as the answer to everything (plus it is an expression of our signature vanity to assume that our bulbous heads were evolved to make room for more brains). I also agree that culture in general became sustained in Europe about 35,000 years ago because large enough intercommunicating groups stabilized sufficiently to pass a threshold amount of information along from one generation to the next. However, I feel that the distinction between modern humans and our hominin ancestors including the Neandertals, lies in the emotional, not the cognitive sphere. I believe, along with Darwin and Richard Prum, that Homo sapiens evolved mostly by means of sexual selection as opposed to natural selection, which I blog about here.

Modern human evolution is driven by the feedback loop between the desire and the desire to be desired—and this motivation leads to displays of aesthetically pleasing physical and (much more significantly) behavioral traits. Many of the physical traits that have been so selected have been in the direction of looking more gracile and youthful, but this same motivation caused aesthetically pleasing displays, such as painting on cave walls and the wearing of shell necklaces.

The discovery of symbolism

The important aspect to note about sexual selection is that the resulting motivations are experienced as bipolar, in that they can be simultaneously experienced from the point of view of desiring and from the point of view of desiring to be desired (vanity). So, one side of the sexually-selected emotional reaction to a beautiful shell is to think to yourself, “Hey, isn’t that beautiful!” But then, a linked emotional component is that it is you that wishes to be desired for being beautiful. Ardently channeled by this peacock-like motivation, how much brain power would it take to put two & two together to figure out that a beautiful shell would enhance your own beauty? Maybe you would initially merely possess the shell, and occasionally show it to the right people. But then, as now, this gets old fast. A while later, you are sitting in the reeds admiring your shell with your teenage friends, and, together, you have a eureka moment when you notice a hole in the shell, put a reed through it, and start wearing it around your neck.

You have just invented symbolic behavior, and, yes, it is somewhat a cognitive achievement, but it is imperative to note that these little cognitive “hops” have been led by the nose at each step by its motivational component.

A central principle of human evolution is that

The evolution of motivation proceeds and guides cognitive evolution. 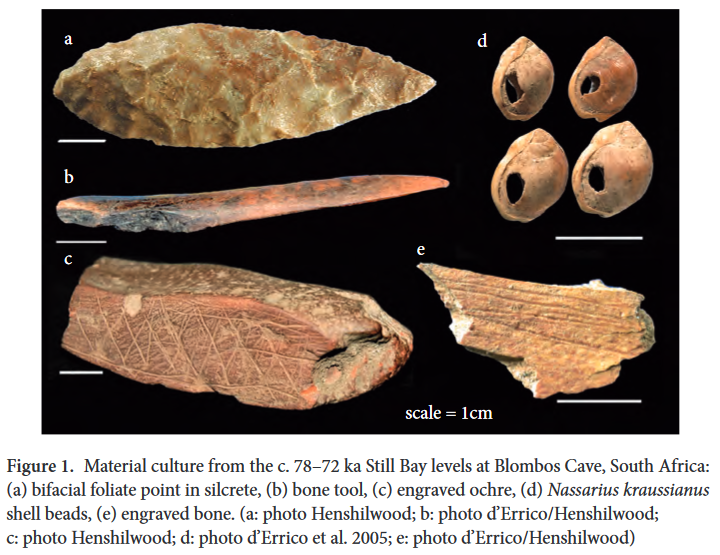 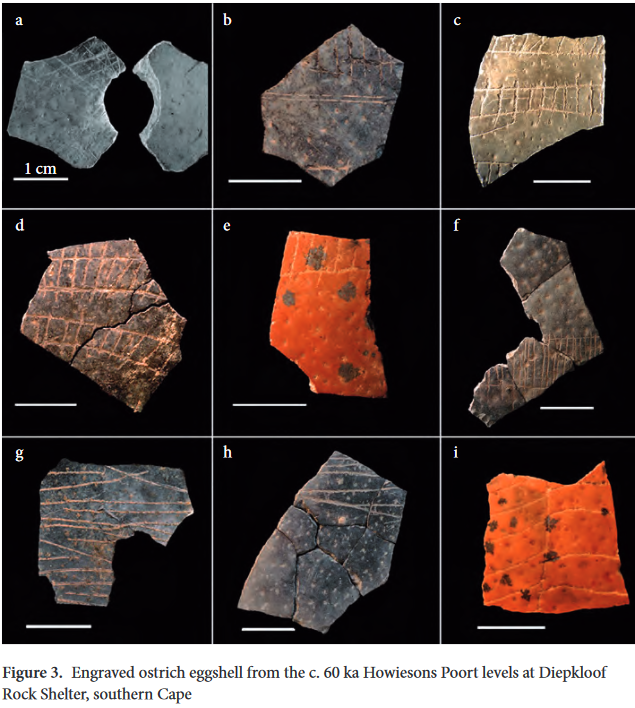 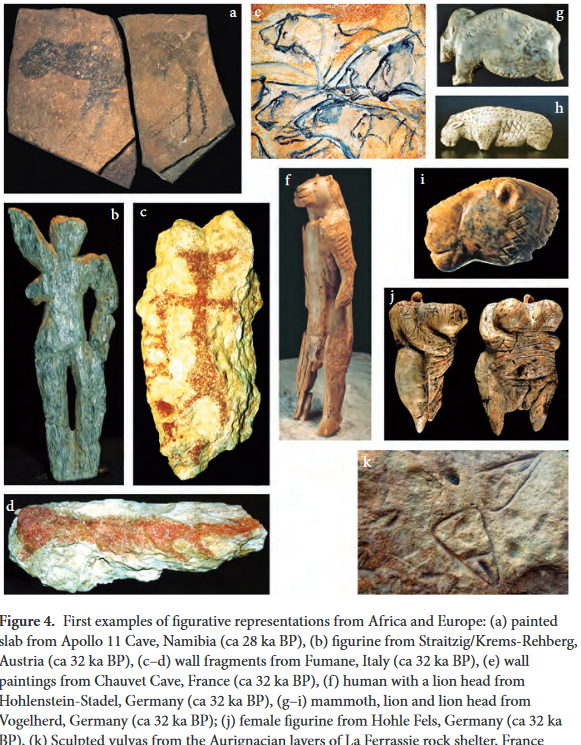 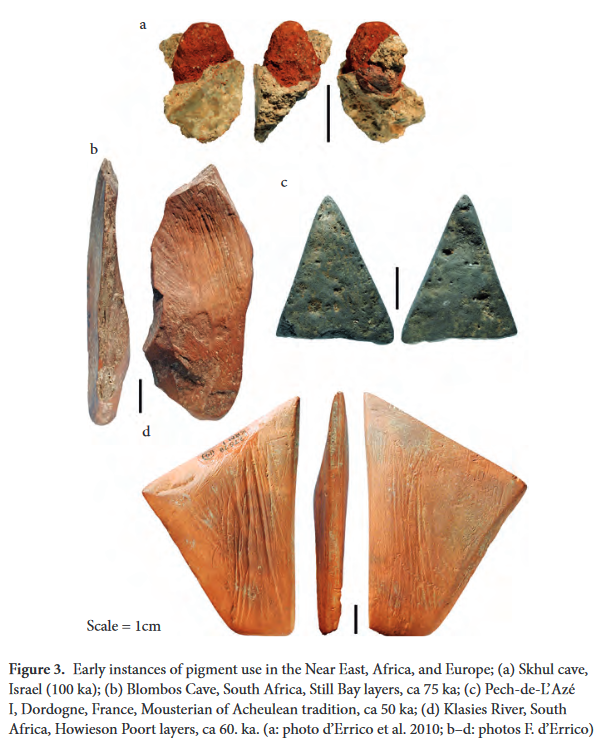 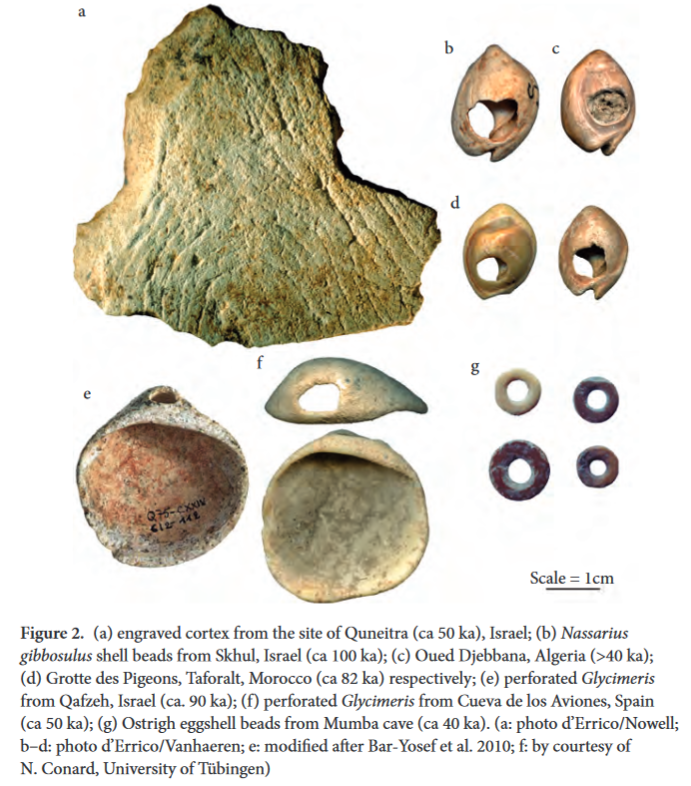 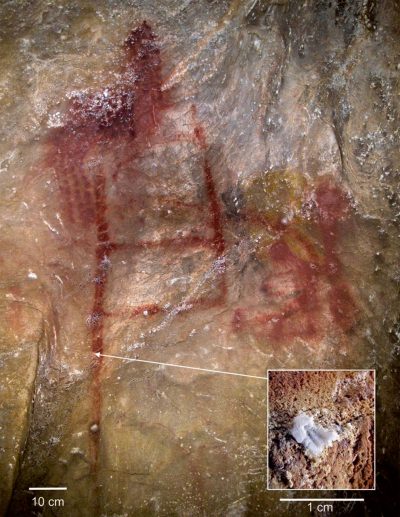