I must confess that there have been occasions when I have been temporarily drawn from my role as physician into stunned fascination by the linguistic performance of a patient in the throes of a manic illness. All manner of rhetorical flourishes and beautifully constructed phrases can pour out in a torrent. Often there is a magnetic quality to this verbal virtuosity, the meaning (semantics) of which can constitute a brilliantly creative flight of ideas. Beyond the grammar and meaning, the sheer musicality of it can elicit rapt fascination. In the biography by Sylvia Nasar of the mathematician John Nash, A Beautiful Mind: The Life of Mathematical Genius and Nobel Laureate John Nash (1998), a visitor relates the following incident at the McLean Psychiatric Hospital in Boston, where Nash was hospitalized for schizophrenia:

Robert Lowell, the poet, walked in, manic as hell. He sees this very pregnant woman. He looks at her and starts quoting the begat sequences in the Bible. Then he started spinning quotes with the word “anointed.” He decided to lecture us on the meaning of “anointed” in all the ways it was used in the King James Version of the Bible. In the end I decided that every word in the English language was a personal friend of his. [p. 260 (Simon & Schuster edition)]

Vital to dating a fossil is careful evaluation of the surrounding geologic strata in which the fossil is found. The extraordinary hyperactivity of the intricately complex structure (syntax) of spoken language is one of the most central and dramatic behavioral manifestations in mania and is the equivalent of such a stratum.

Linguists are chronically irritated by amateurs like me impinging on their highly specialized field, particularly when it comes to evolution. For that reason, my forays into language are closely chaperoned by recognized authorities. The first generalization is that the syntactical (grammatical) aspect of language is complex and cognitively demanding. Therefore, as Ray Jackendoff, a prominent linguist at Tufts University, puts it in his Foundations of Language: Brain, Meaning, Grammar, Evolution (2002, p. 427), syntax “has the feel of a relatively late innovation,” that is, a recent evolutionary development.

As I have blogged before, prior hominid species almost certainly had robustly expressive language that involved the sharing of their collective intentions, which set them well apart from all other primates. But it is the byzantine complexity of linguistic grammar that has propelled us into another sphere. It is my conviction that the verbal, syntactic gymnastics that regularly accompany mania fix the disorder as deriving from a suite of normal behaviors that were the principal adaptations in the evolution of Homo sapiens.

There is also a link between vocal language and the idea that the evolution of Homo sapiens involved sexual selection. In The Descent of Man, and Selection in Relation to Sex (1871), Darwin associated the concept of sexual selection with vocal language in human evolution. Drawing on the example in nature of male birdsong, Darwin wrote:

In his erudite yet wonderfully readable book The Evolution of Language (2010), linguist W. Tecumseh Fitch supports the association between the origin of human language and song:

The core virtue of the musical protolanguage hypothesis is its logical explanation of the design features shared by song and spoken language, namely the use of the vocal/auditory channel to generate complex, hierarchically structured signals that are learned and shared across generations.

Darwin’s original idea of associating vocal language with sexual selection remains very much alive and well today. For example, think back to when you were going through puberty, at the peak of your sexuality, how utterly enraptured you were with popular music. 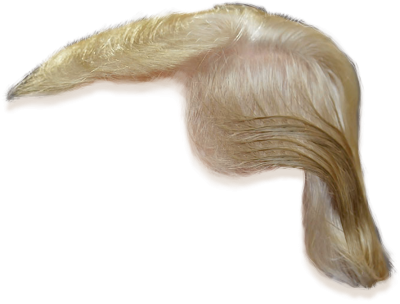