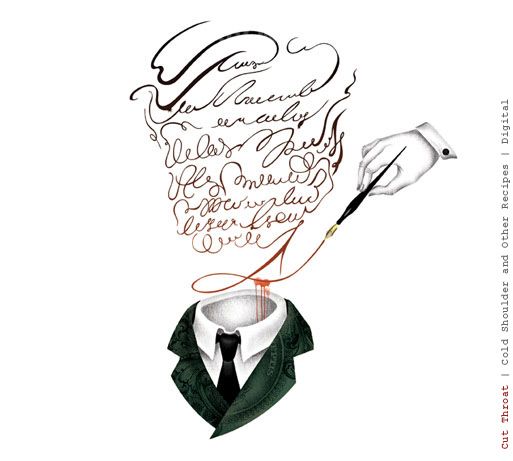 Here is an excerpt from the first chapter of the manuscript:

Early in my employment as a psychiatrist in this prison, I spent some time counseling an inmate who had been confined to a solitary cell in the infirmary. Somehow, he had repeatedly gained access to razor blades which he would use to compulsively slash his own arms and legs. Later in my career, I saw this self-mutilation behavior quite often, but this was my first encounter. As I inquired into his motivations, I became transfixed by the mass of crisscrossing scars that completely enveloped his limbs. He begrudgingly told me that the act of cutting himself relieved his tension and relaxed him.
Several weeks later I walked down a basement cell block for prisoners held in isolation heavy with the scent of stale sweat and urine. Wearing a coat and necktie, I passed by the hard stares from a dozen convicts. There was always the possibility that a cup of urine or feces would be flung out through the bars. Finally I arrived at the cell of the prospective interviewee. On this particular occasion, a hulking individual—let’s call him Joe Smith—was sleeping on his bunk. After I repeatedly tried to arouse him by name, Joe opened his eyes and simply looked at me from his bed. I told him in a flat, matter-of-fact tone that I was fulfilling a legal obligation to offer him a psychiatric examination. After several minutes of staring at me, he began to stir. With deliberate and excruciating slowness he stood up, grasped the bars, and glared at me with intimidating contempt. He had no intention of dignifying my visit with a response of any kind. Struggling to maintain eye contact, I said, “I take that as a no.” While walking back down that gauntlet, someone spoke to me: “Dr. Wylie, come here. I want to tell you something.” It was the man with the mass of self-inflicted scars whom I had engaged in the infirmary some weeks earlier. I stepped over to his cell and reflexively tilted my head to listen to what he had to tell me. Suddenly, I felt a blow to my face. We locked eyes. His expression, which was to haunt me for the better part of two years, was viciously contorted. He hit me again—nothing serious, I thought, and walked away. Weirdly, I suddenly felt in control of that corridor, giving hard stares right back as I walked. I opened the great door at the end of the hall, noting a sensation of increasing warmth. I looked down: the entire front of my suit was soaked in blood. I would not realize for several more moments what exactly had occurred.

After the three years of residency training in psychiatry, the prison had become my first philosophical “theater.” I first thought that I was watching the Freudian psychodynamics I had just finished studying being acted out before me. However, after I was drawn into this drama in the role of victim, I had a tectonic shift in my thinking. I began to consider that the behavior in which I was immersed was not result but the cause of the Freudian mind. Could I be watching the distant echoes of the way life might have been for our earliest primate ancestral species through the mists of deep time? Could this behavior shed light on the actual narrative of how our minds evolved the extraordinary capacities they now possess?
Of course I had been exposed to Darwinian theories in school, but now I started to realize that I could have access to a century of thought with well-developed principles that could help guide me in my search as to how the mind and emotions evolved.
I was now at last equipped for my long journey. Jung’s idea of a collective unconscious would form the steadfast bedrock of my researches. Freud had convinced me to look in the mind and not the brain and laid out the general topography of that domain. Now Darwin had bestowed upon me the power to ask the question why—by looking to the past, not just at human history but way beyond. In my pursuit of human nature, I knew how and what to look at, some major landmarks, but now all this was placed within the hallowed dimension of deep time in search for a mythic evolutionary narrative. I would henceforth become a psychiatric paleoanthropologist of sorts, relentlessly searching for emotional fossils buried first within the prison and then later within mental illnesses.

The initial strike with a razor blade had cut clear through my cheek, causing it to gape open. The second swipe had sliced my neck barely missing the great vessels, which, if severed, would have caused me to bleed out in minutes and expire. I felt oddly relieved by the situation, almost as if I had gone through a primitive initiation ceremony. Had I gotten past the dogs guarding the gates of Hades? As I calmly chatted to the physician sewing up my cheek, I felt intoxicated by the experience. However, this odd euphoria would be short-lived.
For the following year and a half, while continuing to work at the prison, I suffered post-traumatic stress disorder, many cases of which I would later treat with understanding and sympathy. Nevertheless, the attack was to have the effect of permanently welding me to my mission: it had penetrated me and remained lodged inside of me. As a refuge from relentless anxiety from flashbacks, I consumed Darwin’s books with growing excitement. Late one night, I placed this quotation in my wallet where it remains today:

In the distant future I see open fields for far more important researches. Psychology will be based on a new foundation, that of the necessary acquirement of each mental power and capacity by gradation. Light will be thrown on the origin of man and his history.
—Charles Darwin, On the Origin of Species (1859)