That we Homo sapiens come by our hyper-sexuality “honestly” is certified by our first cousins, once removed, the bonobo apes, which, with their female-dominated hierarchies (due to the superior strength of female alliances), are also so disposed. Sex functions as modulator of social aggression in bonobos.

In contrast to bonobos, the Narrative assumes that right from the beginning of the evolution of our Hominin Tribe, we evolved monogamy. 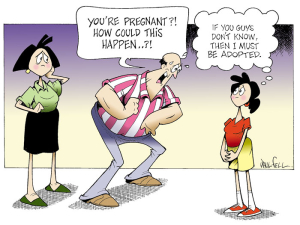 The Narrative holds that after 6 million years of living in in a monogamous social system spawning a rule-bound, aversively-motivated Old communal Mind, we modern humans are characterized by an enigmatic upwelling of sexuality that led to the evolution of a New, exclusively goal driven ego-Mind passionately involved in self-display behavior. So, modern human nature is determined by a dynamic interaction between two minds. The challenge in this post is to understand the initial incremental benefits of this modern human sexuality as a clue about how it fits into the larger Narrative of the entirety of millions of years of prior hominin evolution.

A quarter of all primate species have evolved predominately monogamous social systems that are not particularly cooperative. I have argued that the initial human metamorphosis 6 million yrs ago resulted in the imposition of the authority of justice that then selected for morality, all of which was driven by the increased productivity of close cooperation in a monogamous social system. Would not the superimposition of a self-centered ego-mind in modern humans reverse these hard-won benefits? 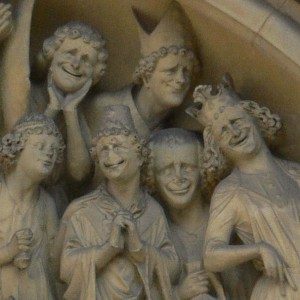 Could there be benefits from the prodigious amusement that is produced by the “double standard” that the two-mind interaction provides? Certainly it is a staple of human entertainment. Starting with its lowest expression in the basic soap opera, it is the foundation for most humor. Indeed, the very act of laughter represents an eruption of New Mind affect through the aversive restraints of the stodgy rules in the Old Mind; in fact, one’s modality of laughter represents a unique fingerprint of one’s own Old Mind–New Mind relationship. Is it genuine and how controlled is it? What is the ratio of New Mind competitive self-display to masked intentions to dominate? In extreme euphoric states of 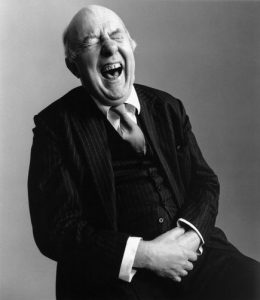 pathological mania, there is the feeling of laughter with every breath of air expelled. All its Machiavellian crosscurrents notwithstanding, without a doubt, humor produced by setting the Old Mind and the New Mind into this jolly state of respiratory oscillation is a major modality of infectious affiliation in Homo sapiens, and is one of our very best (and most amusing) traits.(see footnote) 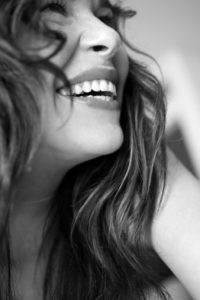 However, like self-reflective thought and the complexity of language, humor is a benefit that arose only after the New Mind was fully developed, and so becomes a distraction in the search for the incremental benefits of the initial evolution of our hyper-sexual egotism. The problem becomes all the more vexing because there are negative consequences of superimposing a self-centered ego mind atop a group-centered communal mind; and the list is long. 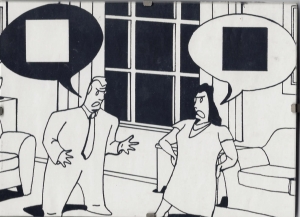 Let’s start with marriage. The “double standard” of a promiscuous, self-centered ego superimposed on a monogamous mating system may be endlessly entertaining in TV sitcoms, but I can vouch to you as a psychiatrist, it is usually not so funny in real life. Why do you think that the default suspect in almost every murder case is the spouse? According to a special report by the Department of Justice (2013), “An average of 18% of females and 11% of males were medically treated for injuries sustained during intimate partner violent victimizations in 2002–11.” I would estimate on the basis of my clinical experience that the physical abuse rate in marriages and other sexual relationships that are not medically treated is easily double that rate. And violence resulting from the intersection of the two value systems implicit in our two minds is not just a result of modern culture. Christopher Boehm (2012) points out that in human hunter-gatherer bands, “…a noteworthy area that is poorly regulated socially, and which produces most serious conflict, is competition over females.”

Another historic toll that the introduction of promiscuous sex has exacted is sexually transmitted bacterial or parasitic diseases (viral ones like HIV/AIDS would leave genetic fingerprints), which have constantly changed over the millennia. Geneticists have deduced drastic population reductions in early Homo sapiens that are thought to have resulted in a relatively small colony of survivors in Africa from which we all are descended. The Narrative submits that one reason for population “bottlenecks” during this period could have been epidemics of venereal diseases due to an increase in promiscuous sex. (see second footnote)

So, whereas bonobo sexual behavior regulates their social aggression, the superimposition of a self-centered mind driven by sexuality on top of one based on a monogamous mating system causes much of ours; our hyper-sexuality has been evolved at a steep cost. I have previously posted that standing upright to enable the constant communication needed for language was worth the cost of vulnerability to lower back and leg injury. Did the sudden increase in sexually-motivated behavior also serve some vital purpose to justify its negative consequences? In the cold light of natural selection, what incremental adaptive benefits initiated and then sustained our new mind driven by our expanded sexuality?

Tune in next week to find out! 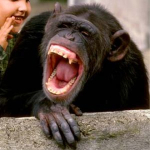 No doubt some form of proto-laughter promoting affiliation, evolving from playful panting behavior in chimpanzees, arose in earlier in hominin evolution as explored by Gervais and Wilson (2005). My contention is that modern human laughter is comprised of newly evolved manic emotion from which it derives its distinctive affect and self-promoting competitive complexion. The distinction is frequently made in this blog between the evolution of “distal” behaviors and that of the “proximate” intentions of emotion and motivations.

Actually there is wide agreement that syphilis was brought back by Columbus in 1492, and, perhaps, was not even sexually transmitted prior to that in the Americas. However, there is not this level of agreement about gonorrhea, which does not leave skeletal signs like syphilis. The reality might be that they weren’t so common because the ancients weren’t as promiscuous as some scholars (I think politically motivated) speculate they were.