Several weeks ago, my wife and I plus two old friends set out to explore the Hopewell mounds in Ohio, which were constructed around the time of Christ. Since Easter was yesterday, I am posting it today. The most spectacular of these structures are the Newark earthworks in the Scioto Valley north and south of Chillicothe. These are enormous earthen berms (walls) from five to fourteen feet high enclosing areas up to 30 acres mostly in circles and octagons connected by passageways. Predictably, early settlers assumed that they were used as fortresses until someone noticed that the ditches were on the inside of the circles, which definitely would not make sense if they were forts.

Of course, really no one has any complete idea exactly what motivated these ancient Native Americans to go to the considerable communal effort to build these many structures. Last week there was an article in the New Yorker about Stonehenge in England and I was struck by the similarity between the two projects. First of all, no one lived in either of these constructions and there have been remains of buried dead found in both places, so it is a good bet that both had something to do with honoring the dead. Another similarity is that both cultures put much more effort into building these huge structures than building their own dwellings, including for their leaders. Another possible similarity is that Stonehenge is definitely aligned to the winter solstice, and recently some archaeologists have become convinced that the Hopewell structures are aligned to the intricate 18.6 year lunar cycles of maximums and minimums of the moon’s north and south risings and settings. Although this is not at all well established, the astronomical aspects of these cultures does not interest me that much.
What interests me is 1. What motivated them to go to the extraordinary effort to create these constructions, and 2. The communal aspect of the two projects.
First there is no indication at all that these people were forced to make this effort at behest of some grandiose leader. These people definitely all believed that what they were doing was extremely meaningful and it most likely had to do with honoring their dead ancestors. So, now we get down to the question that I have addressed in this blog before.

The leading theory of modern philosophers is that all of this kind of activity, including all religions, has to do with the concern of humans with the consciousness of one’s impending death, and our refusal to accept the reality of “animal mortality.” Listening to Easter services yesterday brought it home to me that Jesus rising from the dead addresses this problem for the rest of us. A central issue in all religions is what happens to you after you die.

This blog doesn’t pretend to be a religion, but it gives you a way to look a religion from a twenty-first century post-Darwinian perspective. It is really pretty simple. There are forces that have been afield since life began that draw living entities together and there are those that pull them apart (ultimately entropy). 52 million years ago, the emotional fears of separation and banishment increased to engaged the fight and flight responses of primates in order to allow the protection of living in groups. This social structure took the form of vertical hierarchies mediated by the mentalities of dominance and submission. Although these two mentalities have their physical origin in the DNA of individuals, their active expressions (phenotypes) are purely relational and can be viewed as existing in a spiritual sphere.
Then 6 million years ago, in deteriorating climates, apes were going extinct due to low birth rates (which is the opposite of the Darwinian paradigm of too many offspring vying for too few resources). Apes needed more offspring. The dominance and submission mentalities underwent a metamorphosis into obedience to the authority of groups, which also was, and continues to be, also a purely relational structure dwelling in a spiritual sphere. At that point the evolution of hominins transformed from the survival of the fittest individual to the survival of the most productive subgroups, groups, and groups of groups. Productivity depended on not just cooperation, but selection of superior coordination at each level of grouping. What determined which were the most productive associations of individuals were those in which the authority of groups most effectively enforced justice. Justice became the immune system of groups, which became de facto “organisms” that actively selected for morality in each generation.
It is my conviction that for 6 million years, hominins lived in their subgroups, groups and groups of groups within a single collective consciousness which purveyed justice (and. for the past 2 million years, evolved a large communal brain that coordinated increasingly more complex communal survival behavior). So for 97% of our hominin brain’s development, everyone existed within a single shared consciousness. When someone died, it was as if one small part of this collective existence sloughed off, but the living consciousness, in which they all were completely immersed, went on unchanged. Were they wrong about their perception of what happened when someone died? Were they deluding themselves about something?
Then, a brief 200, 000 years ago modern humans appeared with a newly evolved “ego-mind,” mainly characterized by deriving pleasure from being admired as individuals by others— commonly known as vanity. This new ego mind of the “I” entered into a relationship with the old mind of the “We,” which produced the genius of reflective thought and the complexity of recursive language, and then spawned the rise of culture.
The point of all this is to direct you to the reality that our newly evolved mind is acutely conscious of itself as a result of being refracted through our Old Mind. But this old communal mind, which is identical in everyone, continues to be by far the most of what all of us are—we continue to exist together in a unitary spiritual realm, but as has always been, it is unconscious to us. So to regularly exercise this part of what that is the same in all of us by some sort of communal spiritual activity awakens us from the slumber of our separately conscious egos and allows us to live more fully within the reality of mostly who we all are. 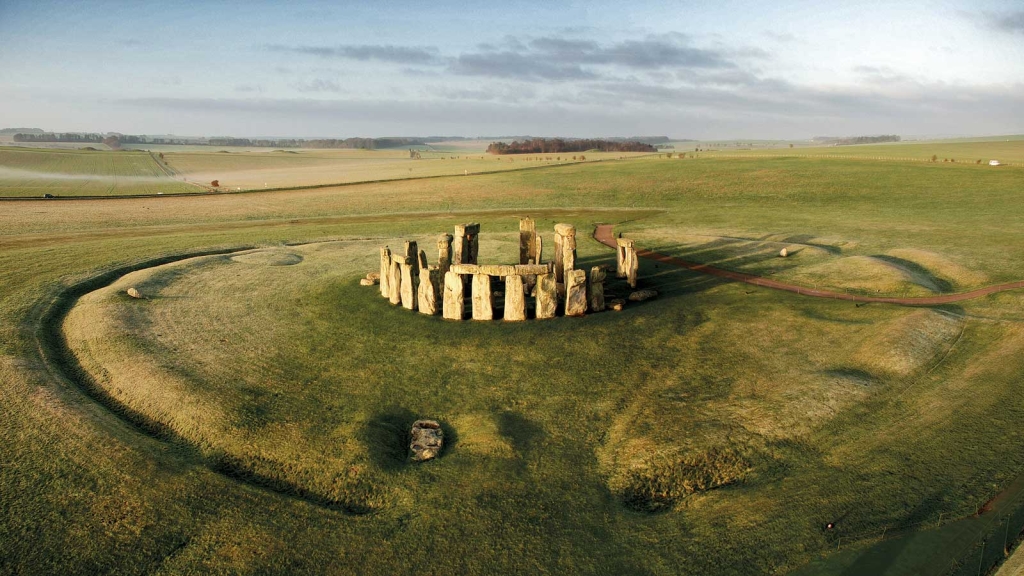 One Comment on “Religion and the Fear of Mortality”