The thesis of this entire blog has major implications for the ideology underlying both sides of the political divide. My proposal is that the experienced symptoms of major mental illnesses (bipolar disorder, schizophrenia, serious depression, and panic disorder) throw a vivid light onto the central emotions-and-motivations evolved during broad stages of human evolution. I have established that the crucial human adaptation, prior to our own 300,000-year-old species, is coordinating labor, and strict codes of conduct are required to enable the productive benefits of teamwork. So, our inclinations for justice are not just the result of reason and logic, but rather, are deep collective instincts evolved over six million years that centrally characterize what is human in us.

This perspective challenges the generally accepted Darwinian idea that win-lose competition among individuals for survival dominates human nature, and this assumption serves as the “scientific” basis for the political right’s belief system. But any talk of evolution in politics is “cancelled” on both sides: by fundamentalists on the right who don’t believe in it, and by liberal evolutionists whose own version of tooth-and-claw Darwinism has also become a fundamentalist belief. In addition, both are unaware of, or reject, Darwin’s second great idea of sexual selection, which has driven the evolution of our own Homo sapiens species, and indeed underlies the recent emergence of chronic war

There is evidence that war has been slowly increasing during our own species, becoming common since the last ice age 12,000 years ago and becoming chronic thereafter; but there is very little evidence of war in preceding hominin species. The thesis here is that, in our own species, the predominance of competitive sexual selection led to conflict, eventually resulting in chronic war, which then spawned its own powerful process of selection for hierarchical dominance mentalities, and the us-vs-them mob-like instincts so prominent now. The main point is that these divisive inclinations have only very recently evolved and are superficial compared to the millions years of evolution for balanced, productive interactions.

What does it mean when we call someone superficial?

Our current epoch began with what psychiatrist-philosopher Karl Jaspers called the Axial Age, which flowered around 500 BCE, when “the spiritual foundations of humanity were laid simultaneously and independently in China, India, Persia, Judea, and Greece. . .” (The Origin and Goal of History, 1949). The Axial Age was an awakening followed by progressive reassertion of deeply evolved collective instincts for justice and morality that had been overwhelmed by thousands of years of intense grassroots selection for war-like hierarchical mentalities.

The conservative faction in America believes that freedom should be the primary human pursuit; however, at least for our own species, there is no freedom, economic or otherwise, without justice—only dominance. Indeed, if the collective will for justice had never arisen, we would still be holding on in our jungle refuges with utter freedom to compete for domination over our extended families, and we would never have evolved the ability to make or do anything worth buying.

And, as to the truth, William Butler Yeats proclaimed, “We taste and feel and see the truth. We do not reason ourselves into it.” Reemerging in the Enlightenment era has been the restoration of our collective instincts for belief in the authority of truth, which had reigned supreme over six million years of collaboration within the countless tribes of our ancestral species, all in passionate deliberation as to which path would be the most righteous and correct way forward for all as a single creature.

For a complete description of the human narrative, click here. 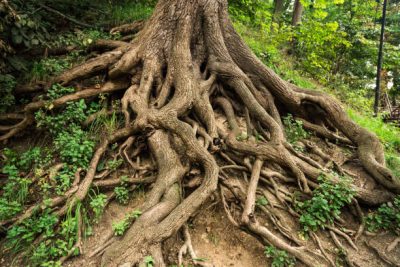