Several years ago while in the fever of thinking through the religious implications of a theory of human evolution, I decided to entitle my book, The Evolution of the Holy Spirit. As I read this now it sounds like a rant by an off-beat zealot.

The most recent title of my book is The Evolution of the Holy Spirit. In 1971 Carl Jung inspired me to become a psychiatrist – and a philosopher of human nature, “on the side.” Then, not in my wildest dreams would I ever write a book with such a title. The mechanism that I have conceived as initiating our six million year hominid family had the effect of transforming the laws of the jungle into the rules of right and wrong. This is a conception of a “strong” form of natural selection acting at the level of monogamous groups.

The key is recognizing that humans were born in harsh climates. Apes were facing extinction when our hominid line arose, and monogamous groups were favored because monogamy is the most productive of all social systems. In addition, there was a momentous shift from individual competition for resources to collectively maximizing reproduction and coordinating productivity in order to survive and then prevail…

Morality can be defined as the rules that are necessary to maximize the fecundity of a group of monogamous pair-bonded mates. It is my thesis that the maintenance of this

foundation of morality has become the source of all of the unique aspects of human evolution, listed here. In addition, by virtue of the fact that this inclination for morality was evolved at the level of the group, it resided in a relational, group-space that can easily be conceived of as spiritual. This collective entity not only evolved a will for justice (the enforcement of morality), but developed the biological quality of life, which is the capacity to itself replicate and evolve by the laws of natural selection. It began to dawn on me that this is a biological explanation for the Christian concept of the Holy Spirit.

Of course there have been many difficulties in integrating a patently religious concept into a theory about human evolution. I was told that no one in the publishing industry world would touch a book with such a title, and with good reason. There is simply too much political baggage in the secular mind to consider such a notion. I have gone back and forth on this for several years, but basically have come to the conclusion that the religious dimension is simply too obvious not to mention, and that, of course, people of faith are more interested in science than the other way round.

So what is the Holy Spirit in Christianity? I only had the vaguest idea that it is God in man. Most recently [now 2-1/2 yrs. ago],  I woke up one night and wondered whether Christian theology considered the Holy Spirit to have predated the life of Christ, as opposed to Jesus bringing it to us.

I was very pleased to find out the Pope John Paul II had issued an Encyclical in 1986 on the very topic of the Holy Spirit. In it, he pronounced that, “…we cannot limit ourselves to the two thousand years which have passed since the birth of Christ. We need to go further back, to embrace the whole of the action of the Holy Spirit even before Christ – from the beginning, throughout the world…” He further stated in an address in 1998 entitled “The Holy Spirit Acts in All Creation and History” that, “there is no corner of creation and no moment of history in which the Spirit is not at work.”

However, since those heady days, I have 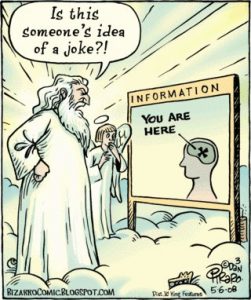 been chastened by my religious friends that the title is offensive; and now realize that a religion is a living, breathing organism for those inside it. And I began to see my attempt to demonstrate that the Holy Spirit is the product of evolutionary laws as one short step removed from capturing a brain-scan of a religious experience and exclaiming: “There; look at that! It must be real.”

Darwinist “canon” is staunchly opposed to teleology, the doctrine that final causes exist.

2 Comments on “Pope John Paul II on the role of the Holy Spirit in Evolution: A Re-Post from July 2013” 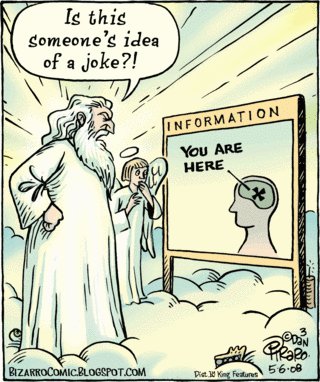