The Origin of Instinctual Human Motivations:

1. Winning in hierarchy: 52 to 6 million years ago – monkeys and apes

To support the proposition that the collective coordination of divided labor (the invisible hand) is the principal distinctively human adaptation, I refer to the writings of economist Adam Smith (1723-1790). In his Theory of Moral Sentiments, Smith recognizes justice as the one virtue that is indispensable to productive social engagement. Why? Because justice is the collective human instinct that was naturally selected to allow the benefits of productive social engagement to take root and blossom.

Just Like Us Only More So: Mental Illness and Human Nature

In my (not yet available) new book, Just Like Us Only More So: Mental Illness and Human Nature, I interpret the subjective experience of the major mental illnesses through the biological principles and scientific findings of human evolution. An evolutionary narrative of our inner life—of our mind—unfolds as these enigmatic afflictions emerge as sicknesses of the very emotions and motivations that made us human through the ages.

It is not generally understood that there is virtually no direct scientific knowledge about how the mind of apes evolved into our own mind. Huge amounts of scientific knowledge about the minds of apes and the minds of humans (particularly children) are neatly being stacked upon the cliffs on either side of the six-million-year canyon of time that separates apes from us. But it is within this vast silent chasm that all human ancestors whose ghosts animate the very core of us forged the destiny that now is ours.

As a psychiatrist with 35 years spent in practice, I came to recognize that major depression, panic disorder, schizophrenia, and the manic phase of bipolar disorder illuminate key motivations that all have remained stable over evolutionary time and are, essentially, emotional fossils. Central to my theory of the human mind’s evolution is a dynamic interaction between the survival instincts of individuals and the survival instincts of groups. A narrative emerges in which the reconfiguration of this dynamic in ape hierarchies led to the appearance six million years ago of what is now classified as our hominin tribe. In our ancestral hominin species, individual motivations became largely immersed into group motivations due to the preponderance of natural selection for collective teamwork. The coordination of divided labor was the fundamental adaptive advantage of our hominin ancestors.

The experience of clinical mania indicates that our own Homo sapiens species arose fueled by the emergence of narcissistic motivations (vanity & happiness). The duality of today’s human mind can be understood as an interaction between our old collective mind and our newer ego mind. The book ends by illustrating that grasping this old mind/new mind dynamic offers an in/tuitive way to understand the mystery of self-awareness, the complexity of language, and the cause of mental illness.

My book is an argument for the general reader that is modeled on Charles Darwin’s On The Origin of Species: orchestrated steps woven into a formidable case that the deepest human motivations in human nature were naturally selected to animate not the fitness of individuals, but the productivity of their associations. 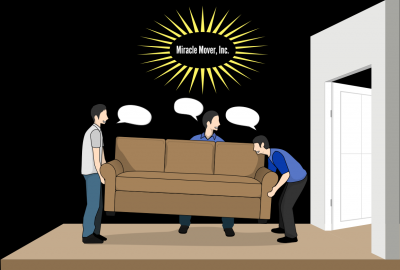