In March as Trump trifled with the pandemic, I awoke in a panic from a nightmare that the entire country, without anyone realizing it, had become impregnated with the color of the President’s face-and-hair dye! All American dimensions had turned ORANGE including religion and history.

Orange is a mixture of red and yellow: aggression and fear.

I am loath to close. We are not enemies, but friends. We must not be enemies. Though passion may have strained, it must not break our bonds of affection. The mystic chords of memory, stretching from every battlefield, and patriot grave, to every living heart and hearth-stone, all over this broad land, will yet swell the chorus of the Union, when again touched, as surely they will be, by the better angels of our nature.

With malice toward none, with charity for all, with firmness in the right as God gives us to see the right, let us strive on to finish the work we are in, to bind up the nation’s wounds, to care for him who shall have borne the battle and for his widow and his orphan, to do all which may achieve and cherish a just and lasting peace among ourselves and with all nations. 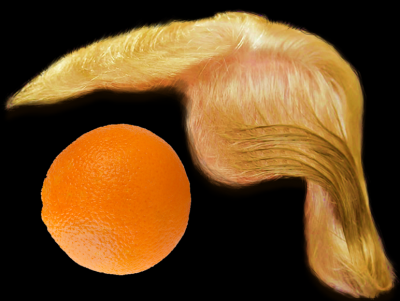