From Old Mind, New Mind: Emotional Fossils and the Evolution of the Human Spirit

I had been thinking about thinking from the very beginning of my journey as a philosopher. My original notion, drawn from my observations of prisoners, was that the internal dialogue of human thought consists of an internalized interaction between dominant and submissive mentalities. I continue to believe that self-reflective thought is fundamentally the interaction between two different kinds of motivation, but not the interaction between these two mentalities as I first hypothesized. I later concluded that the primate dominance and submission mentalities among hominins had combined into a single communal motivation as a unique evolutionary adaptation for survival in groups. Finally I realized that, in Homo sapiens, this collectively motivated mind evolved to interact with the newly arrived individual motivation for self-display, resulting in the novel reflective capacity of human thought. Fundamentally, thought consists of a dialogue between communal beliefs—including knowledge and rules—emanating from one’s nested groups, and human vanity, motivated by our personal sirens luring each thought forward, ardently searching for a path to glory. 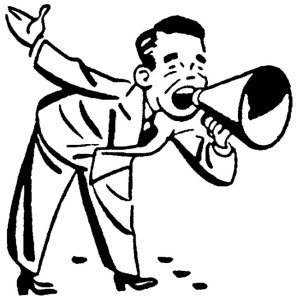 Years ago, I read about a fascinating experiment by Benjamin Libet entitled “Unconscious Cerebral Initiative and the Role of Conscious Will in Voluntary Action” (1985). It provides an important insight into the idea of two minds. He recorded the exact time at which subjects consciously made the decision to move a finger at a moment of their own choosing. An electroencephalograph that monitored activity in the brain revealed that the recorded time of the conscious decision to raise the subject’s finger was preceded by neurological activity recorded in the brain (by about 300 milliseconds). In other words, before a person is conscious of making a decision to act, the action has already been 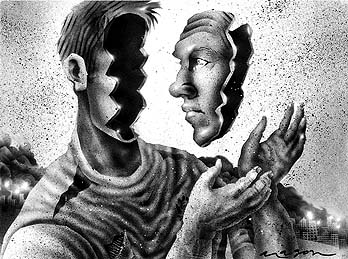 initiated in the brain. This finding can be easily explained by the proposition that our two-hundred-thousand-year-old individual Homo sapiens (self-) consciousness is aware of itself by virtue of experiencing itself from the underlying platform of our six-million-year-old collective consciousness. The decision is made freely[1] by the new mind, but it must await its registration in the unconscious old mind before consciousness of it is attained.

Confusion arises because under normal circumstances (when you are not mentally ill), your new mind is not aware of its inter­actions with your old mind. The concept of consciousness is usually associated with awareness, but in this context I use the concept of consciousness to include a realm of experience of which we are normally unaware (the old mind). The reason that our new mind is unaware of our old mind is fundamentally different from the classical Freudian repression into “un-consciousness” of our primate id (which I have proposed is the hallmark of our entire hominin tribe).[2] In Homo 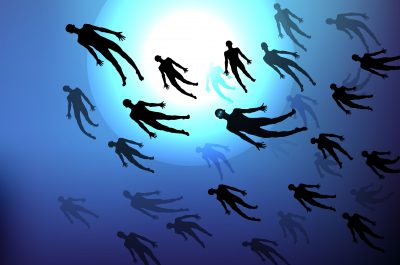 sapiens our new mind is not aware of our old mind by virtue of the fact that the old mind is fundamentally a collective consciousness in which we are all immersed like fish, unaware of the water in which we swim. The old mind is a purely social consciousness with instincts for justice, which, from the very beginning, have always been the very essence and emblem of our tribe. Although we are not aware of it, we are intimately engaged within this ubiquitous experience (consciousness) that, minute by minute, guides and structures all our behavior, including thinking. 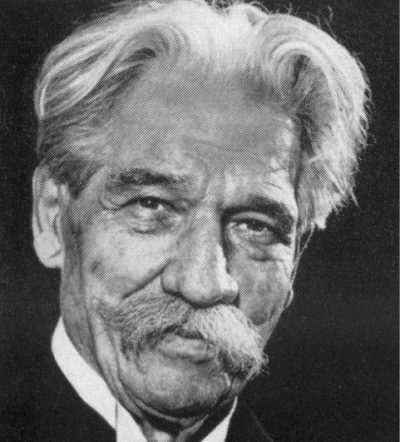 Antonio Damasio defines consciousness as “the feeling of what happens” in a book bearing that title (1999). Animals are conscious of their sentient[3] experience as individuals, but they are not aware (conscious) that they are conscious.[4] Two minds are required for consciousness, because it is produced by being aware of being conscious. Albert Schweitzer’s chapter epigraph bears re­peating: “True philosophy must start from the most immediate and comprehensive fact of consciousness: I am life that wants to live, in the midst of life that wants to live.”

[2] The id-motivation for primate dominance could be viewed as our third mind, but that unnecessarily complicates the discussion.

[3]Sentient: having the power of perception by the senses.

[4]Apes are dimly self-conscious because of their rudimentary (group-selected) old-mind. They recognize, when looking at a reflection of themselves in a mirror, that it is their own. 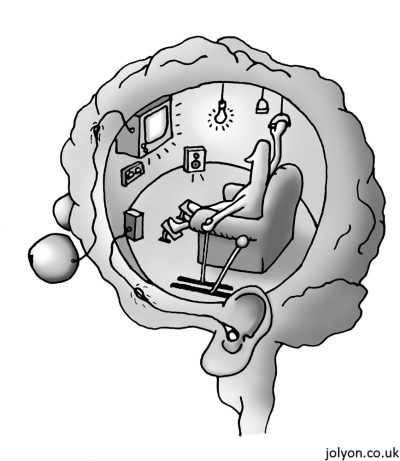