Two other posts on dogs, domestication and human evolution: here

Also in the November 17th issue of science, an article about the history of inequality by Lizzie Wade.

Economic inequality has deep roots. A new study concludes that its ancient hotbed was the Old World: Societies there tended to be less equal than those in the New World, likely because of the use of draft animals. Researchers collected data on house size distribution from 62 archaeological sites in North America and Eurasia dating from before 8000 B.C.E. to about 1750 C.E. From there, they calculated each site’s Gini coefficient, a standard measure of inequality ranging from zero (perfect equality) to one (a single person has all the wealth). Inequality tended to gradually increase as societies transitioned from hunting and gathering to farming, supporting long-held hypotheses about how agriculture intensified social hierarchies. About 2500 years after the first appearance of domesticated plants in each region, average inequality in both the Old World and the New World hovered around a Gini coefficient of about 0.35. This figure stayed more or less steady in North America and Mesoamerica. But in the Middle East, China, Europe, and Egypt, where people had oxen to plow more land and horses to travel long distances, inequality kept climbing, topping out at an average Gini coefficient of about 0.6 about 6000 years after the start of agriculture. Still, those numbers are far below the wealth inequality seen today in the United States, which has a Gini coefficient of 0.8. 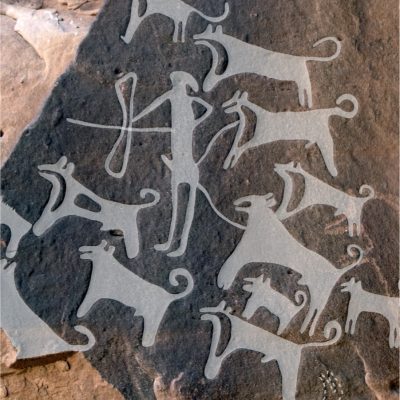