An Evolved Will for Justice Separates Us from Apes

Perhaps the world’s foremost scientist on the subject of mind evolution, Michael Tomasello, states in his recent book, A Natural History of Human Thinking (2014):

So, other methods than science must be pursued to demonstrate the inner experience of our hominin ancestors.

Old Mind, New Mind brings compelling new evidence to the mystery of why we became human. I am a retired psychiatrist. I have explored the deep evolutionary roots of mental illness from the subjective descriptions of over 10,000 patients. I came to the startling conclusion that each of these conditions is an “emotional fossil” that reveals the evolution of our social emotions. The human mind evolved by adapting, not to the physical environment, but to a social environment, comprised solely of emotions.

Pathological panic and the major depression disorders reveal the fear of interpersonal separation and the social fear of being trapped at the bottom/periphery of groups. It was these fears that motivated primates to protectively cluster together into dominance hierarchies some 50 million years ago.

Then, 6-million years ago harsh climates threatened the extinction of apes. The protective social emotions underwent the fateful transformation that made us human. The fears of separation and entrapment at the periphery of groups greatly strengthened. The now catastrophically wasteful ape motivation for individual dominance was decisively suppressed by the natural selection of the collective human motivation for justice—on account of the open-ended productivity it permitted. Justice begets bounty because bounty begot justice.

The phenomenon of felt consciousness derives from evolved motivations, and it was schizophrenia that gave me the decisive clue to the unique aspect of our consciousness. Ape-consciousness animated by the individual will to dominate shifted into the human consciousness animated by a collective will for justice: “Thou Shalt Not,” on pain of banishment. Human social authority was/is comprised of motivations evolved to emanate from a “group space” that can easily be conceived as spiritual. This naturally evolved human spirit possesses the biological requirements to be considered a living entity, i.e.: the ability to replicate and evolve by natural selection. 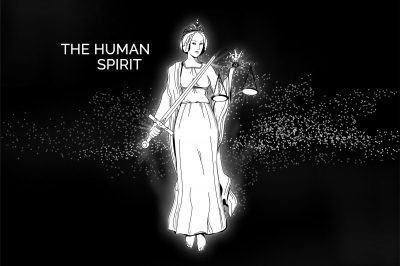 But then the manic phase of bipolar disorder contains an emotional fossil exclusive to our own Homo sapiens species. A mere 200-thousand years ago, atop our old collective and spiritual mind motivated by fear, evolved a new individual and egoistic mind motivated by pleasure. This new mind is driven by the mania to be loved and admired by others and is also known as vanity—from wearing shells as jewelry 100-thousand-years ago, to cave painting 45-thousand-years ago, to the social media of today. This relentless desire to elicit positive emotions from one another has had the gradual effect of progressive agglutination into ever larger groups, a naturally selected process because each incremental increase in the number of individuals coordinating their behavior has meant ever greater productivity.

A penetrating light is cast into human nature along with the mysterious capacities of our self-awareness and complex grammar when all are understood to be rendered possible by the collaboration between two very differently motivated minds. In addition, the intimate relationship between religion and human evolution is illuminated in a way that should be acceptable to believers and atheists alike.

How much more majesty there is in the vision that the unique aspect of our nature is animated not by tooth and claw, but rather by our tribe’s ancient mission to transform the power of aggression into the bounty of communion.

I invite you to relive my journey of discovery, 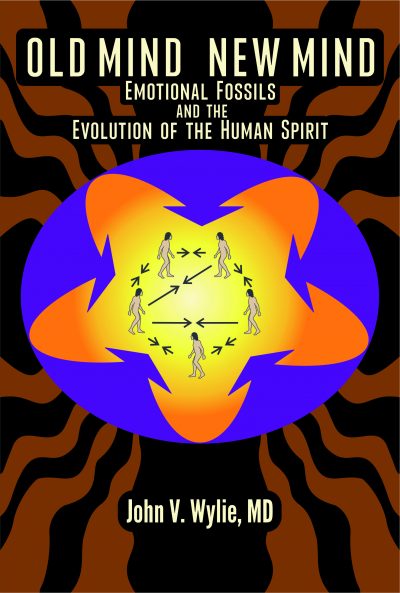