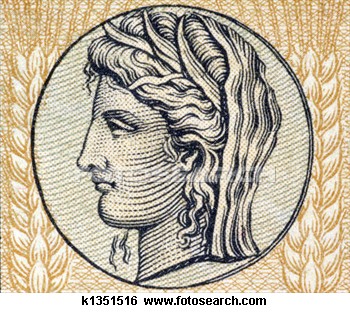 First let’s dispense with the He or She issue as to how to refer to God. In my “mythology,” apes were going extinct six to seven million years ago due to low birth rates partially due to the massive waste of energy in constant male political competition over females in the face of deteriorating climates. The simple proposal is that those females who, for whatever reason, started choosing less aggressive males who would stick around and help them care for offspring would preferentially prevail by virtue of their superior fecundity. In essence, the founding mothers of the hominid family domesticated the males through a process of selection for their ability to choose less dominant males. Subsequently, so my story goes, the equalized dominance and submissive mentalities moved into a position such that they too could go through a process of “selection inclusion” (selection for the ability to select) similar to those founding mothers in which the dominance mentalities of both males and females attained the capacity to choose submissive mentalities with the inclination to follow the rules of “thou shalt not” necessary for the maintenance of a monogamous mating system. I stick with He instead of She as a nod to the dominance that was bred out of us males by our beloved founding hominid mothers. It would then be a balanced, genderless dominance that ascended (descended?) into the entity of group authority and assumed an earthly living form of God.

Next we approach the much more important issue as to whether God is A) alive and B) alive apart from our own state of being alive. Technically, something is alive if it possesses the capacity to replicate itself like DNA. In this sense, I would return to the example of our HOX (homebox) genes to draw an analogy of God’s aliveness. HOX genes determine body segmentation & orientation of anterior, posterior, ventral and dorsal in virtually all animals from a fly to an elephant. They have been preserved for over 500 million years because, of their foundational importance. If they were to go awry, a foot might attempt to grow where a head should be. In this sense HOX genes exist at the foundation of life, because, if they don’t replicate, nothing else does. God is alive in this same sense because He is similarly at the foundation of our post-hominid associations with one another. If the genes that underlie (this particular expression of) God fail, the evolved structure that underlies the coordination of our associations would fail and we would all perish. And it is precisely because God exists within our associations with one another that God is both alive inside us and apart from our own individual state of being alive.

Thus, when we pray, we pray to something that is both in & outside of us: separate from our bodies and inside our associations with one another. When one of our friends is in trouble or sick we might tell them that we will pray for them. Even Christopher Hitchens, when he was dying with cancer, appreciated prayer as a sincere expression good will on the part of the prayor. Of course, part of it is an attempt to filter out the sexuo-politico-competitive B.S. (aka: Ego) in prayer, but it goes far deeper than that. The person who truly prays is speaking to the core of the person he or she is praying for. There is a sacred contact being made; an acknowledgement that there is an identity inside all of us that we are fundamtaly one being and that that being is the highest expression of the glory of God here on earth.