From Charles Darwin’s The Descent Of Man:

From Kevin Laland’s Darwin’s Unfinished Symphony: How Culture Made the Human Mind:

The rats’ success in part reflects a long history of dependence on humanity, a relationship in which we have proven an unwelcoming and brutal partner. Yet, in spite of centuries of traps, poisons and fumigations, no pied piper has ever managed to eradicate this most perseverant of pests. The reason, as Darwin intuited, is that rats cunningly avoid all agents of extermination; and they do so through copying [each other].

Darwin suspected that a long history of trapping mammalian pests would select for their “sagacity, caution and cunning,” and certainly rats possess these qualities. Decades of control attempts failed in part because rats react to any change in their habitat with extreme apprehension. For several years I studied rat behavior. I observed how any novel food or new object is slowly and stealthily stalked, the body crouched so low that the belly is almost on the floor, with the rat ready to turn tail at the slightest provocation. If nothing bad happens the curious rat will eventually take some food, but feeding will be highly sporadic at first, with only very small amounts of any new food taken.

In the 1950s, the advent of Warfarin, a slow acting poison, proved a successful innovation in the battle to control rats, because the pests felt unwell sufficiently long after consuming the food to not develop bait shyness.

Laland goes on to describe the extremely complex manner in which rats communicate what they have eaten: “After a rat feeds, other rats will attend to food-related odor cues on its breath, as well as the scent of food on its fur and whiskers, allowing them to identify the foods that others have eaten.”

In Charles Darwin’s last great treatise, The Expression of Emotions in Man and Animals, Darwin hints that emotions are the medium of communication in many animals and particularly in man. Now this article on mice appeared in the April 3rd issue of Science:

In his 1872 book, Charles Darwin established the basis for studying the expression of emotions. He described emotions as innate, universal, and endowed with communicative function. Darwin also proposed that facial expressions are the richest source of information about emotions for humans and animals. Numerous studies tried to identify and correlate facial expressions with emotions in nonhuman primates, horses, sheep, and dogs (2, 3). Several of the methods to recognize emotions using facial expression in rodents are limited to a single emotion, require a long process of manual scoring, and are biased by human factors or difficult to reproduce (4, 5). On page 89 of this issue, Dolensek et al. (6) used machine learning to objectively investigate stereotyped facial expressions and their neuronal correlates in mice in response to emotionally salient stimuli. 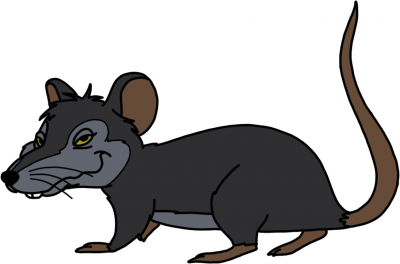