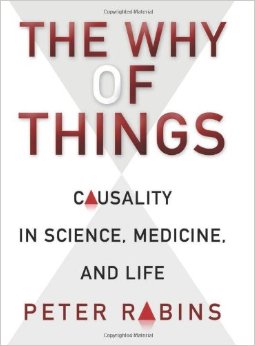 I was warned by a colleague that the publishing world would categorize my work as being “philosophical,” meaning not scientific, and therefore assumed to be a boring loser. This problem was magnified by my inability to describe what I have been doing for forty-five years, until I was led to The Why of Things, causality in science, medicine, and life (2013), by Peter Rabins,(1) who is a distinguished professor of psychiatry at Johns Hopkins Hospital. Chapter 9 is entitled: “Narrative Truth: The Empathetic Method”. In reading through this chapter, I experienced for myself the therapeutic benefit of finally being understood.

The empathetic method is also called the “historical method” because the qualities of narrative truth are most evident in the field of history (but also in sociology, political science, and economics). Describing the views of British historian, Edward Hallet Carr What is History? (1961) Rabins writes,

He [Carr] begins by noting that historians rely on facts but goes on to claim that the collection of facts is not their main function. Rather, the primary attribute of well-respected historians is how well they put the facts together and how they interpret them. Factual knowledge can change over time, he emphasizes, as new information is unearthed (new documents or witnesses can be found, for example). This new information might or might not change the interpretation of the facts that were already known. The central and distinguishing act of the historian, however, is the linking and interpreting of the known facts.

Rabins goes on to point out that Darwin’s achievement owed as much to the interpretation of facts as the facts themselves,

… for most of the first hundred years after Darwin and Wallace proposed the theory of natural selection, the study of evolution was considered a scientific discipline on the basis of its comprehensiveness and lack of competing alternatives rather than of the positive results of experiments or refutation of alternative ideas. Its acceptance did depend upon the weaving together of different facts and multiple lines of evidence, that is, convergent validity, but the mechanisms by which evolution operated within populations are just now being explicated.

Dr. Rabins even addresses my long-standing conviction that I was doing something natural (and fun):

For me [Dr. Rabins], though, the most convincing evidence that the distinction [of the narrative method] has value and says something about the structure of knowledge is the fact that the narrative approach is present in all cultures and used by all individuals, whereas the methods of science are a relatively recent invention.

Studies carried out by neuroscientists Roger Sperry and Michael Gazziniga offer further support for this claim. They examined patients who had previously undergone “split brain” surgery, that is, had the large fiber bundle that connects the two hemispheres or sides of their brain severed in an attempt to stop the spread of seizure discharges from one side to the other; they found evidence that there is a “center” in the brain, near or overlapping with the language area in the left hemisphere, that “makes” connections between disparate pieces of evidence. This strongly suggests that the human brain is constructed to carry out narrative reasoning and that the linking together of facts into a narrative causal web is innate…

In a future post, I will discuss the emotional dynamics and evolutionary meaning of the capacity to assimilate information into organic narratives. The converse is that we all have also acquired the ability judge the authenticity of this kind of truth using the same inborn instrument of empathy.

Descriptions of something as inherently abstract as emotions are inevitably metaphorical. Freud’s metaphor of the mind is a machine run by the drives of the id which are regulated by the suppression of the superego; it is the expression of self-evident truth articulated in the metaphor of the “machine age.” By “self-evident,” I invoke the deployment of this highly developed mental capacity to judge the veracity of a description of the mind’s emotions by “test driving” it in situ, within the emotional laboratory of our own minds, i.e.: whether the portrayal feels right. This process of evaluation by second-hand experiencing is what empathy is. The ratification of a narrative, phenomenological theory is accomplished in the same way that art (or history) is judged, that is by a consensus of subjective opinions. That means that you the reader are as equipped to judge what I have written here as any expert.
Rabins summarizes what I have attempted in this blog:

Causal narratives seek to knit together disparate observations, facts, and events into a coherent and inclusive whole that convincingly links later events to prior events.

In the category of “observations,” I would place my patients’ experiences of their mental illnesses. 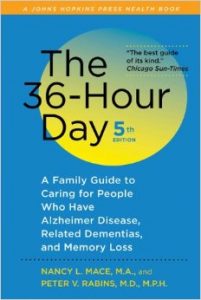 (1) Also co-author of the very best guidebook for caregivers of patients with Alzheimer’s disease, The 36 Hour Day (1981).