Mental illness all in your genes? Think again.

A major study by the Brainstorm Consortium comprised of hundreds of investigators over the course of five years was published in the June 22, 2018 issue of Science and entitled, “Analysis of shared heritability in common disorders of the brain.” The study detected no unshared risk due to genes (variant risk) in the genomes of any of the mental illnesses. From the abstract:

Recently developed heritability methods allow us to accurately measure correlation of genome-wide common variant risk between two phenotypes* [diagnostic symptom categories] from pools of different individuals and assess how connected they, or at least their genetic risks, are on the genomic level. We used genome-wide association data for 265,218 patients and 784,643 control participants, as well as 17 phenotypes from a total of 1,191,588 individuals, to quantify the degree of overlap for genetic risk factors of 25 common brain disorders. Broadly, it appears that psychiatric and neurologic disorders share relatively little common genetic risk.

Whereas each neurological disorder demonstrated distinct unshared genetic underpinnings, the genetic risk for psychiatric disorders could not be distinguished from one another and correlated as a group only with the personality category of neuroticism* and developmental cognitive deficits (possibly secondary to the neuroticism). This essentially negative finding led the conclusion that:

I submit that the fact this landmark study demonstrates that that time-tested psychiatric diagnostic categories do not have genetic causes, does not necessarily mean that that the categories need to be “refined” (to fit their genetics), but that it is time to reconsider non-genetic, functional etiologies for mental illnesses, such as provided in this project. Consider an editorial entitled “Genomics Is Not Enough” in Science (2011) in which Arvinda Chakravarti, a professor at the McKusic-Nathans Institute of Genetic Medicine at Johns Hopkins University, summarizes the complexity facing the science of genetics in medicine:

The lessons from genomics are quite clear. Genes and their products almost never act alone, but in networks with other genes and proteins and in the context of the environment. The corollary to this is that compromising the activity of one gene need not cripple the entire network. This is consistent with observations that most traits involve multiple genes, common complex disorders arise from an accumulation of genetic defects in many genes, and Mendelian [single-gene] diseases are rare. Moreover, variation in the regulatory machinery of genes is much more frequent than that in the structure of gene products. . . . Each individual is genomically unique, with DNA variation in our genomes serving as markers of our ancestries. Are each individual’s biology and disease also unique? [This could explain why psychiatric illnesses run in families.] Or does sequence diversity in any disease coalesce into a smaller set of common functional deficiencies [like neuroticism]?

In addition to difficulties encountered in genetics, the biochemistry of mental illness has also revealed a jungle of complexity with major problems discriminating between cause, compensation and effect; virtually all our knowledge stems from the effects of drugs. As Thomas Insel, the former director of the U.S. National Institute of Mental Health (NIMH) acknowledged,

We just don’t know enough. Research and development in this area has been almost entirely dependent on the serendipitous discoveries of medications. From the get-go, none of it was ever based on an understanding of any of the illnesses involved. (Miller, G., 2012)

The view of mental illness proposed in this project, like Freudian psychoanalysis, adopts the functional view that the individual pathologies occur at a very high level of brain integration—at the level in which emotions-and-motivations both function and are experienced, which is also the level most sensitive to stressful environmental experiences, both concurrent and developmental. Whereas in neurological conditions such as Alzheimer’s disease, symptoms like the experience of psychosis are clearly caused by underlying brain-level pathology, in the case of mental illnesses, the cause of the disease process can be only found and understood within the phenomenological-experiential level of these conditions.

I propose that the evolution of human emotions-and-motivations has been an adaptation to communal function within highly social environments. I will discuss extensively how a process of self-domestication has predominantly involved ongoing selection of optimal balances between competing temperaments (e.g.: fight and flight) in continuums along multiple axes over very long periods of time. In each family lineage, this delicate process of rebalancing generation after generation is uniquely achieved by remixing the existing arborizations of the genome relevant to temperament.

So a possible explanation of the negative results of this study is that there are a very high number of possible combinations of inter-contingent genes each of small effect that could be selected to achieve this same temperament balancing effect. Consider that the genomes of psychiatric patients reflect these unique paths to a common goal taken by their family lineages, which then maintain this uniqueness with respect to why they breakdown into a specific illness in conjunction with neuroticism, their only common variant risk.  Then consider that the diagnostic symptom clusters in each illness reflect not the unique genomic vulnerabilities to a given illness, but the emotional-and-motivational segment in normal function from which each illness is derived.

This does not mean that the process of functional breakdown does not reflect secondary pathology back down to the brain level that could sustain and entrench these conditions, and, once again, it does not mean that effective treatments and cures will not eventually be at the genetic and biochemical level, quite possibly personalized to fit the individual patient. However, that horizon is not yet in sight.

*A phenotype (from Greek phainein, meaning ‘to show’, and typos, meaning ‘type’) is the composite of an organism‘s observable characteristics or traits, such as its morphology, development, biochemical or physiological properties, behavior, and products of behavior (in this case the symptoms of a mental disorder). A phenotype results from the expression of an organism’s genetic code, its genotype, as well as the influence of environmental factors and the interactions between the two.

*Neuroticism is one of the Big Five higher-order personality traits in the study of psychology. Individuals who score high on neuroticism are more likely than average to be moody and to experience such feelings as anxiety, worry, fear, anger, frustration, envy, jealousy, guilt, depressed mood, and loneliness. 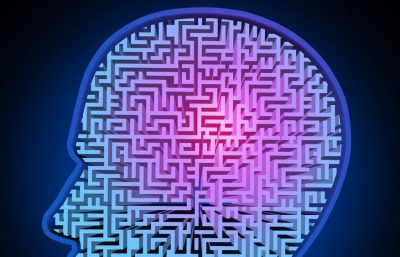