This morning I stumbled upon these paragraphs from my book that provide a shocking contrast to the hysteria into which we suddenly have been cast. The theme of the book is that, over the course of six million years, we have ascended from apes as a result of a naturally selected collective instinct for justice, which I call our “sacred spirit,” from which all religions have evolved. The long struggle of the human spirit is that of imposing justice upon the Darwinian struggle, for centuries embodied in the scourge of nationalism. From the beginning, the meaning of the American experience has been to carry forth the banner of humanity, and to maintain the faith that destiny continues to unfold in the steadfast direction of righteousness. After weathering the trials depicted,

are we now to lose our nerve over what Churchill would have regarded as a “ragtag bunch of brigands?” 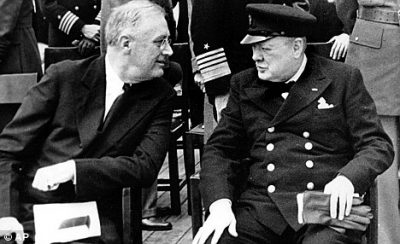 Months after my birth in 1941, Roosevelt secretly met with Churchill at Argentia in Newfoundland as the storm clouds of world war ominously loomed. After Churchill was piped aboard an American battleship to meet Roosevelt, the sailors from both navies all sang “Onward Christian Soldiers.” Although there were attempts to strike this battle song from hymnals following the war,[1] this was a luminous prologue to a crusade of evolutionary proportions. The day after Christmas following the attack on Pearl Harbor, Winston Churchill addressed a thunderous joint session of the Congress of the United States: 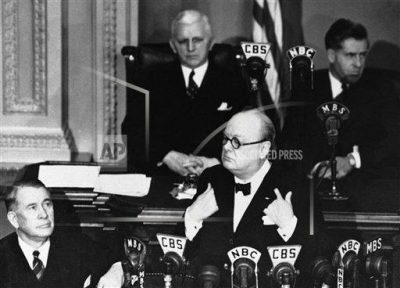 Sure I am this day we are masters of our fate, that the task which has been set before us is not above our strength; that its pangs and toils are not be­yond our endurance. As long as we have faith in our own cause and an unconquerable will to win, victory will not be denied us. In the words of the Psalmist, “He shall not be afraid of evil tidings; His heart is fixed trusting in the Lord.”

Despite the depth of his ethnocentric instincts for his be­loved island nation, Churchill, like it or not, realized that that era of competing national interests had to pass and that the future lay with the new world order represented by America.[2] He knew with America this war was not going to be won on the Old World basis of national pride or defending territory, and that he had to appeal to something that lay much more deeply rooted in the human spirit.

World War II was an all-out test of two visions of human nature. It is as simple as the old saying that right makes might and that righteousness is not simply freedom from tyranny but obedience to the spiritual force embedded within all of us that transformed the laws of the jungle into the rule of justice—not just for the individuals within an anointed group, but between all groups of groups and all the individuals within them.

Then there was the American Civil War. Prior to the war, America’s greatest president in the closing lines of his first inaugural address appealed to the nation’s bonds:

I am loath to close. We are not enemies, but friends. We must not be enemies. Though passion may have strained, it must not break our bonds of affection. The mystic chords of memory, stretching from every battle-field, and patriot grave, to every living heart and hearth-stone, all over this broad land, will yet swell the chorus of the Union, when again touched, as surely they will be, by the better angels of our nature.

No other passage in this book expresses more eloquently or accurately, within a concrete context, the role of the sacred spirit in history than the following meditation that Abraham Lincoln offered up in his second inaugural address shortly before his assassination: 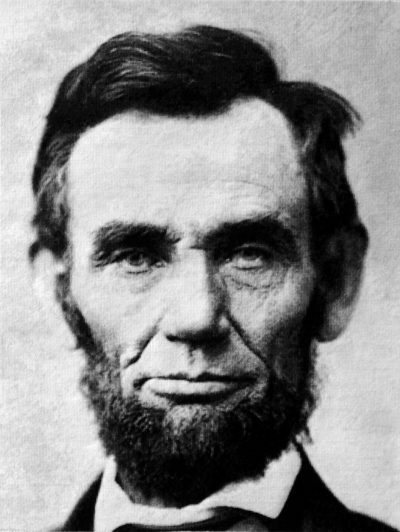 [1]Attempts in the Episcopal and Methodist churches were unsuccessful, but the hymn was eliminated by the Presbyterians.

[2] Look at the back of a one-dollar bill. On the left, you will see a pyramid with an eye inside a religious glory halo at the apex, which was used in prior graphics as a symbol for the naturally evolved authority of justice. Above this image are the two words Annuit Coeptis, meaning “He approves [or has approved] [our] undertaking,” and below it are three more words, Novus Ordo Seclorum, meaning “New Order of the Ages.” 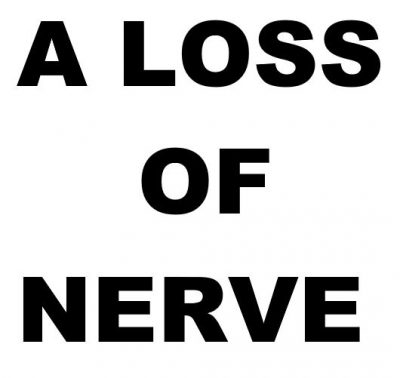