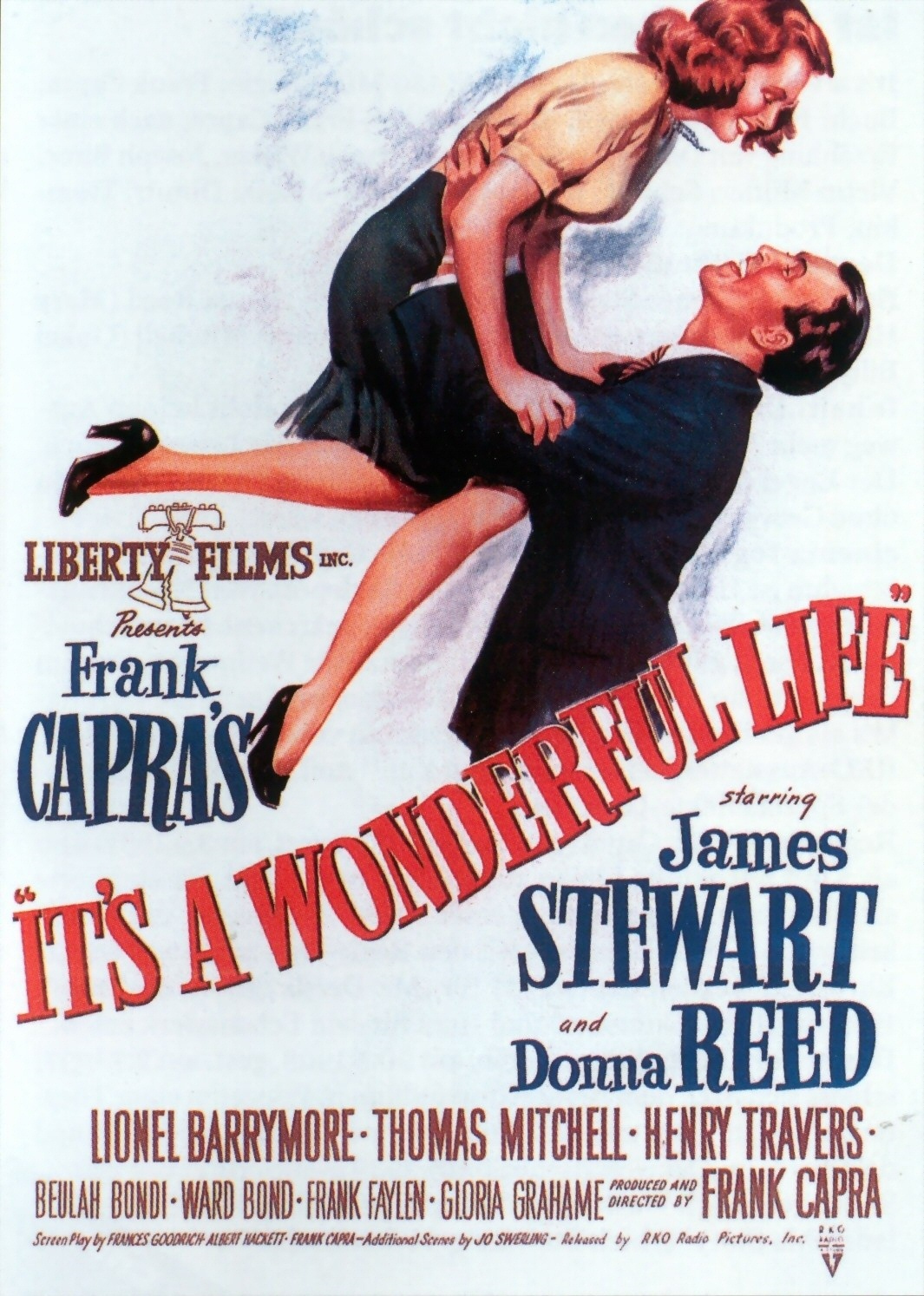 Modern human nature, beyond anything, carries the noble legacy of our tribe’s miraculous metamorphosis resulting in immersion into a single collective Will, dwelling in a semi-transcendent spiritual sphere. Prior to the evolution of our own species, this Will, grounded in the steadfast pursuit of justice, had matured into the power of a communal intelligence with the refined capacity to coordinate the behavior of groups of hominins. And then, a mere 200,000 years ago, superimposed upon this ninety-seven percent of the evolution of who we have become as humans, arose the newly evolved enigmatic brilliance of a second mind animated to attain individual goals. The struggle of being a

whole human being is to harmoniously engage our new-mind with our old-mind at every level of one’s life, at work and at home, over the years and in the moment, such that the very act of striving for justice and truth itself shines our very own small light out into the darkness to exclaim, “Here I am! Aren’t I wonderful?”

It’s a Wonderful Life (1946) opens on Christmas Eve in the small snowy town of Bedford Falls where the camera pans down on the friends and family praying for George Bailey (James Stewart), who is contemplating suicide. The camera then pans upward toward a starry night where two pulsating constellations, which turn out to be angels, begin talking to each other about helping out George because he is “discouraged.” A sweet inexperienced angel named Clarence is commissioned for the job with the promise that he will earn his wings if he is successful.

The prayers for George are heard by angels, who exist in their own primate hierarchy with authority granted on the basis of good deeds performed over hundreds, probably thousands, of years. This hybrid angel realm successfully unburdens the religious from the spiritual. The word “discouraged” implies that George has been on the right track, but is losing heart.

The apprentice angel, Clarence is then given George’s story via flash-backs: as a 12 year old boy, he risks his life by jumping through the ice in a pond to save his younger brother, after which he catches a cold and goes deaf in his left ear. In another scene, after boasting to Mary, the girl he will eventually marry, that he wants to see the world, she whispers into his deaf ear, “I’ll love you until I die.”

According to the current evolutionary paradigm, George is motivated to risk his life to save his brother by the half of his genome that they both share, because, even if George perishes, these genes will live on in his brother. Accepting this dubious premise, perhaps as a penalty for the half of his genes that acted so selfishly, he catches influenza and becomes “deaf” in his left ear, which is the one that “hears” the admiration that his self-centered new-mind desires—and needs.

The film then moves ahead nine years to a scene in which he meets Mary again, and they fall in love. He waxes romantically before the irresistible grownup Mary (Donna Reed):

A delightful scene follows in which she jumps into hydrangea bushes to hide after losing her bathrobe because George accidentally pulls it off by stepping on it. George hesitates to give it back, saying, “Hmm…it isn’t every day that such an interesting situation comes along.” Later, in an intimate scene with Mary, he holds her, saying, “I don’t want to get married—ever—to anyone! You understand that? I want to do what I want to do.” But he succumbs to his powerful attraction for her and they embrace, and subsequently marry.

Here we have the new-mind in full grandiose display mode; the words are just plain corny, but it is Stewart’s delivery that knocks you (and Mary) out. James Stewart had a tradition of distinguished military service in his family, and this was the first movie he made since before the war, in which he was a highly decorated combat pilot. There is an intensity of sheer confidence in his delivery that is rare. What is so utterly charming about the scene is that he truly believes what he is saying and is oblivious to its purpose, which is pointed out by the neighbor. She is utterly captivated by George—and can you blame her? It is as if George, in spite of his desires as an individual, is sucked in not by her, but by the implosive power of relationship itself. The interplay between the sexual and the spiritual in romantic love is portrayed.

George’s father Peter is the head of the Bailey Building and Loan Company, which has long served the struggling working people in the town, refusing to foreclose on the mortgages of families in trouble. The antagonist is a Scrooge-like character named Henry F. Potter (Lionel Barrymore), who is the richest man in the county. Peter sympathetically diagnoses him as having a “sickness in his soul.” The turning point in the movie is, after Peter dies and the company’s board is about to sell out to Potter, George delivers another stem-winder (which, in today’s climate, might be viewed politically):

The board votes to keep the company going but only if George becomes the president, which he does.

This time the new-mind and the old-mind conspire to weld him to his community. Once again, these Jimmy Stewart monologues are the reason to see this movie. Similar to his romantic rant to Mary, he does himself one better by exalting in the authority of justice—and, just like Mary, they are captivated by it (and you will be too). But the fact that he is right in the thick of the action in Bedford Falls does not quell his feelings of being trapped nor his new-mind ambition to live in the largest social sphere possible. He is deaf to the breadth and depth of the world that he has created all around him. He does not recognize that the sheer power of the spiritual passion generated by his old-mind in harmony with the charisma of his new mind; in both, major decisions have served to decisively bind together both his family and his community. How many of us grow to doubt the passionate authenticity of the key decisions that determine the two-mind tapestry that become our lives?

At the end, the film returns to the opening scene in which George is distraught because he is going to jail. Clarence the angel, after consultation from above, grants George’s wish to have never been born. But then when his spirit observes what a mess Bedford Falls would have been in without him, he asks Clarence to bring him back. In a memorable scene of jubilation in his home, everyone in the town who has been helped by George over the years comes over to give him money in order to bail him out of jail.

Once again, Stewart is fantastic here. George is not at all prideful, but grateful and humble in his joy. He responds as if a gift has been bestowed upon him from outside of himself. He has never felt that his altruistic, group-oriented behavior is really part of “him” (he’s the one who feels trapped and wants the bigger life); and the revelation that he has been existing in this other spiritual, old-mind realm all along is a wondrous surprise to him—so much so that he now doesn’t care whether he goes to jail or not!

2 Comments on “It’s A Wonderful Life!” 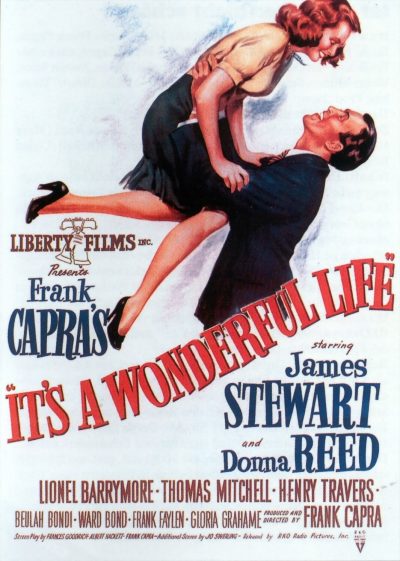