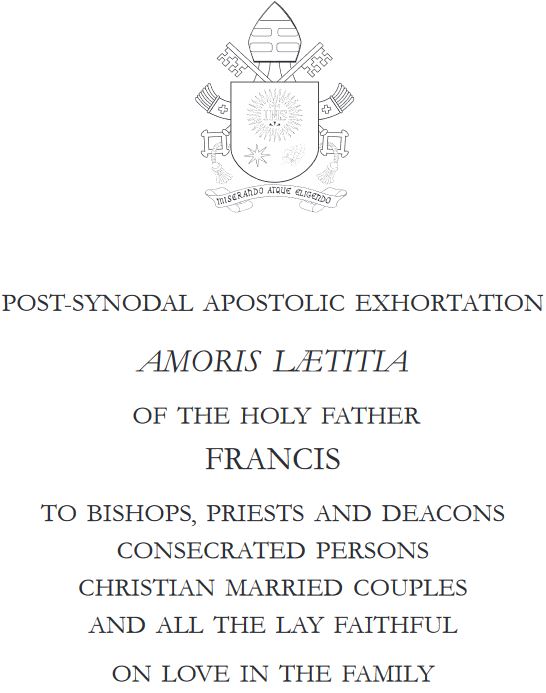 At the beginning of April, Pope Francis issued an “Apostolic Exhortation” on the subject of “Love in the Family,” which addresses the issue of divorce. Of great interest to the Blog is that the Pope has reintroduced conscience into Catholic dialogue.

The Blog holds that the introduction of a collective conscience right at the beginning of human evolution six million years ago has been the source of the evolution of all that makes us uniquely human, including our language, our capacity for self-awareness and, most important, our refined ability to coordinate our divided labor, which is the source of all our power.

Please spend less than five minutes reviewing the Blog’s philosophy (press here). . .and then come on back.

We believe that part of the problem for the Church is succinctly described in this quote by Carl Jung:

Although the Blog proposes that our conscience is a collective mental agency that has been naturally selected according to Darwinian principles, we do not take a position as to the implication of a transcendent God. We feel that the important realities are that a collective conscience exists, that it is a living, evolving Spiritual Being, and that everyone is in an existential relationship to it, whether they believe in it or not.

The Pope believes that God speaks to us through our conscience, but is it not possible—even probable—that the instrument of God’s Will has been a naturally evolved and living entity that has emerged according to God’s own natural laws?

I invite you to go to the Pope’s document (a PDF); Press: control-f, and a search box will appear in the lower left corner of the screen; Type in the word “conscience,” and jump down using the v symbol and the read through each of the segments in which he writes about the subject.

Then, please come back and comment with your opinion as to whether your conscience might have been the result of evolution by natural selection, or whether it even matters whether it was or wasn’t.

Here is the the link to the Pope’s document.

If you are interested in these matters, I re-blogged here on an Encyclical by Pope John Paul II on the subject of the Holy Spirit.

One Comment on “Is Conscience a Result of Natural Selection?” 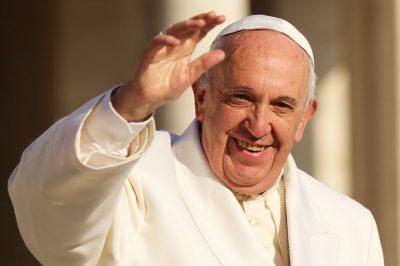