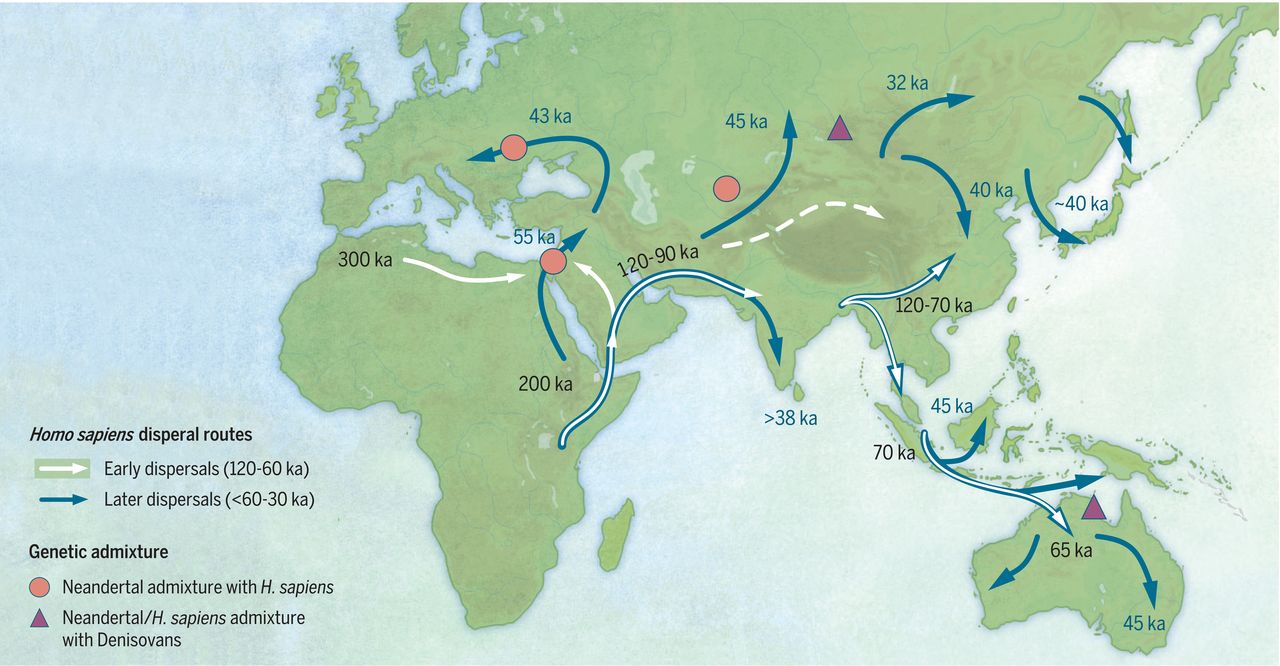 In a review article in this week’s Science (358:1269), a review article by Christopher Bae, Katarina Douka, and Michael Retraglia review the progress in elucidating the migration of Homo sapiens out of Africa.

The traditional “out of Africa” model, which posits a dispersal of modern Homo sapiens across Eurasia as a single wave at ~60,000 years ago and the subsequent replacement of all indigenous populations, is in need of revision. Recent discoveries from archaeology, hominin paleontology, geochronology, genetics, and paleoenvironmental studies have contributed to a better understanding of the Late Pleistocene record in Asia. Important findings highlighted here include growing evidence for multiple dispersals predating 60,000 years ago in regions such as southern and eastern Asia. Modern humans moving into Asia met Neandertals, Denisovans, mid-Pleistocene Homo, and possibly H. floresiensis, with some degree of interbreeding occurring. These early human dispersals, which left at least some genetic traces in modern populations, indicate that later replacements were not wholesale.