A rule of human evolution research is that the milestones in the progression of becoming human are always getting earlier. The most prominent of those backward-creeping milestones is the date of the appearance of our own Homo sapiens species. Driven by new dating techniques, the fossils in Jebel Irhoud Morocco were revealed to be 300,000 years old, a date that now seems to be all but nailed down in three studies published in the April 6 issue of Science. From the editor’s summary: 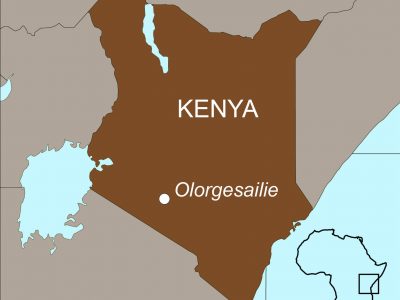 The Olorgesailie basin in the southern Kenya rift valley  contains sediments dating back to 1.2 million years ago, preserving a long archaeological record of human activity and environmental conditions. Three papers present the oldest East African evidence of the Middle Stone Age (MSA) and elucidate the system of technology and behavior associated with the origin of Homo sapiens. Potts et al. present evidence for the demise of Acheulean technology that preceded the MSA and describe variations in late Acheulean hominin behavior that anticipate MSA characteristics. The transition to the MSA was accompanied by turnover of large mammals and large-scale landscape change. Brooks et al. establish that ∼320,000 to 305,000 years ago, the populations in eastern Africa underwent a technological shift upon procurement of distantly sourced obsidian for tool making, indicating the early delopment of social exchange. Deino et al. provide the chronological underpinning for these discoveries.

I will note that, in the article by Brooks et al., the evolution of social exchange is consistent with this blog’s view that modern humans arose primarily due to sexual selection, which caused the overall strengthening of bonds leading to our species’ signature long-term development of population amalgamation. Increased social cohesion in H sapiens has also been supported by a recent genetic study demonstrating that they had wider social networks than Neandertals, reported here:

Then in the current Science (April 27) this article appeared by Andrew Lawler, Entitled “Searching for a Stone Age Odysseus.” A summary:

Archaeologists assumed until a decade ago that humans skirted the shores of the Mediterranean Sea before the dawn of agriculture some 10,000 years ago. Only then did they set out across its wine-dark seas on voyages reflected in Homer’s story of the adventurous sailor Odysseus. So when excavators in 2010 claimed to have found stone tools on the Greek island of Crete dating back at least 130,000 years, they made a big splash. Their colleagues were astonished—but also skeptical. Since then, by exploring that site and others, researchers have quietly built up a convincing case for early seafaring in the Mediterranean, and, even more surprisingly, that at least some of these adventurers were Neandertal. The finds strongly suggest that the urge to go to sea—and the cognitive and technological means to do so—predates modern humans.

If that isn’t enough a May 2 an article on Science on line reported on evidence of hominins in the Philippines 700,000 years ago. From the article:

In what some scientists are calling a “one-in-a-million find,” archaeologists have discovered a cache of butchered rhino bones and dozens of stone tools on the Philippines’s largest island, Luzon. The find pushes back the earliest evidence for human occupation of the Philippines by more than 600,000 years, and it has archaeologists wondering who exactly these ancient humans were—and how they crossed the deep seas that surrounded that island and others in Southeast Asia. 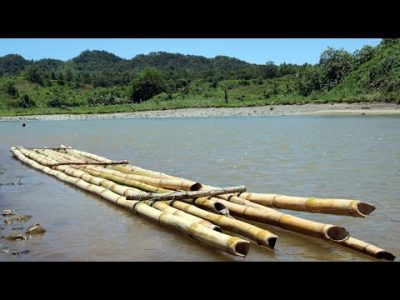 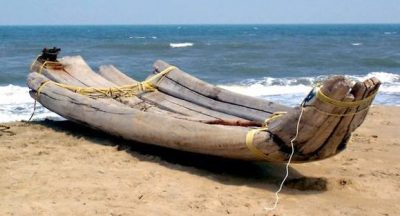