More than 49,000 years ago, a family of Neanderthals set up camp in a cave high in Siberia’s Altai Mountains, overlooking a river valley where bison, red deer, and wild horses roamed. In the cave’s main gallery, a teenage girl lost a tooth, perhaps while gnawing on bison that her father or his kin had hunted in the sweeping grasslands.

Now, researchers have analyzed the genomes of this father and daughter and 12 of their relatives, many of whom sheltered in the same cave over less than 100 years. The new genomes almost double the number of Neanderthal genomes known and offer a glimpse of the Neanderthal population at the eastern end of their range, at a time when they were headed toward extinction.

The genomes also offer the first real clues to the social structure of a group of Neanderthals. In addition to identifying the first father-daughter pair, the genetic evidence suggests these males stayed in their family groups as adults, like men in many modern human societies, says geneticist Laurits Skov of the Max Planck Institute for Evolutionary Anthropology. He presented the work in a virtual talk at the ninth International Symposium on Biomolecular Archaeology earlier this month.

“It’s really remarkable that they managed to get genomes from seven males at one site,” says paleogeneticist Cosimo Posth at Tübingen University. “For this group in this cave, it is indeed suggestive that they lived in small groups of closely related males.”

Over the past decade, geneticists have sequenced the genomes of 19 Neanderthals. But that DNA mostly came from females who were distantly related and lived at sites across Europe and Asia anywhere between 400,000 and 50,000 years ago.

Computational biologist Benjamin Peter and paleogeneticist Svante Pääbo at Max Planck led the new study with a team including Skov, a postdoc. They extracted Neanderthal DNA from teeth, bone fragments, and a jawbone dug up during ongoing excavations at Chagyrskaya and Okladnikov caves by archaeologists at the Russian Academy of Sciences in Novosibirsk. Optically stimulated luminescence dates of the sediments around the teeth and bones suggest the Neanderthals lived between 49,000 and 59,000 years ago. Both caves are close—50 to 130 kilometers—to the famous Denisova Cave, which was inhabited by both Neanderthals and their close cousins, the Denisovans, off and on between 270,000 to 50,000 years ago.

The researchers analyzed DNA from more than 700,000 sites across the genomes from seven males and five females from Chagyrskaya, and from a male and a female from Okladnikov. They found family ties: The nuclear DNA from one Chagyrskaya bone fragment linked the father to the tooth shed by his teenage daughter. Some individuals shared two types of maternally inherited mitochondrial DNA (mtDNA). Those genomes hadn’t yet differentiated from each other, which happens in a few generations, so the individuals must have lived during the same century.

The DNA painted a bigger picture of Neanderthal society. Several Chagyrskaya males carried long chunks of identical nuclear DNA from the same recent ancestor. Their Y chromosomes were also similar and came from a modern human ancestor, like those of the only three other male Neanderthal genomes known. The nuclear DNA also showed they were more closely related to later Neanderthals in Spain than to earlier ones at neighboring Denisova, suggesting migration.

The similarities among the males suggest they belonged to a population of only hundreds of men who were fathering children—about the same number of breeding males as seen in endangered mountain gorillas today. “If you were to think of this Neanderthal population like [populations today], they would be an endangered population,” Skov says.

In contrast to the Y chromosome and nuclear DNA, the mtDNA of both males and females was relatively diverse, implying that more female ancestors contributed to the population than males. That could be a founder effect, in which the initial group included fewer fertile males than females. Or it could reflect the nature of Neanderthal society, says paleogeneticist Qiaomei Fu of the Chinese Academy of Sciences, who heard the talk. Either “fewer men than women contributed to the next generation, or women moved more frequently between groups,” she says.

To Skov, the evidence suggests the latter. He says modeling studies show it’s unlikely that a small group of migrants expanding from Europe into Siberia would include mostly females and few males. Instead, he thinks these Neanderthals lived in very small groups of 30 to 110 breeding adults, and that young females left their birth families to live with their mates’ families. Most modern human cultures are also patrilocal, underscoring another way that Neanderthals and modern humans were similar.

Posth cautions that 14 genomes can’t reveal the social lives of all Neanderthals. But he sees ominous signs in the males’ low diversity. The end was fast approaching for our closest cousins: In just 5000 to 10,000 years, they would be gone. 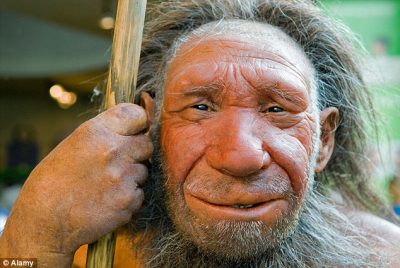