War is hell. It breaks apart families, destroys natural resources, and drives humans to commit unspeakable acts of violence. Yet according to a new analysis of human history, war may also prod the evolution of certain kinds of complex societies. The twin developments of agriculture and military technology—especially cavalries and iron weapons—have predicted the rise of empires.

“I think they make a convincing case,” says Robert Drennan, an archaeologist at the University of Pittsburgh who wasn’t involved in the work. Yet he and others argue the study offers a rather limited look into how exactly these factors might have shaped societies.

Scholars largely agree that agriculture was one of the major drivers of increasingly complex societies by allowing for bigger, more sedentary populations and divisions of labor. More contentious has been the role of strife.

“The majority of archaeologists are against the warfare theory,” says Peter Turchin, an evolutionary anthropologist at the University of Connecticut, Storrs, and the new study’s lead author. “Nobody likes this ugly idea because obviously warfare is a horrible thing, and we don’t like to think it can have any positive effects.”

The scholarship in this area hinges on how one measures and defines social complexity. For the new study, Turchin and colleagues chose three quantifiable metrics: the size of a society and its territory, the complexity of its ruling hierarchy, and how specialized its government is, from the presence of professional soldiers, priests, and bureaucrats to the intricacy of its legal codes and court systems.

Next, the scientists turned to a database known as Seshat: Global History Databank. (Turchin is the chair of Seshat’s board of directors, and several other authors on the paper sit on the board or work there as staff.) The Seshat project pulls together historians, archaeologists, and other experts in more than 400 past societies around the world that date back up to 10,000 years ago. Project leaders asked these experts to break down aspects of ancient life into different variables: Did the 12th century Ayyubid Sultanate of southern Yemen have full-time bureaucrats? Yes. How many people lived in Peru’s Wari Empire between 650 and 999 C.E.? Between 100,000 and 500,000.

Turchin and colleagues grouped the hundreds of societies over time into 30 global regions and sorted the societal variables into 17 data buckets, including military innovation and how long people had been practicing agriculture. Then, they devised an algorithm to determine how well the data from each bucket predicted growth in their chosen three dimensions of social complexity.

Two factors stood out. Unsurprisingly, the longer a region had been practicing agriculture, the more likely it was to be socially complex. But even more predictive was military innovation—specifically the introduction of mounted warfare and the emergence of iron weapons, researchers report this month in Science Advances.

Cavalry surfaced as a particularly dependable sign of imminent empire. In each Eurasian region Turchin and colleagues examined, megaempires emerged 300 to 400 years after the appearance of cavalry. The Achaemenid Empire, for example, which occupied much of modern-day Iran, acquired both ironworking and cavalry around 900 B.C.E.; in 500 B.C.E. its territory eclipsed 3 million square kilometers.

Once a society adopted superior iron weaponry and formed cavalries, it could protect itself from rivals or overwhelm them, Turchin says. He thinks this competition is what drives societies to become more complex, building more hierarchical armies to fight ever-more-complex wars and organizing increasingly bureaucratic governments to manage diverse resources and growing populations.

Turchin acknowledges that these results concern his team’s specific definition of social complexity; they say nothing about any particular society’s cultural complexity. That’s an important distinction because complex societies thrived for millennia throughout sub-Saharan Africa, the Americas, the Pacific islands, and elsewhere, but few conquered huge swaths of territory to become massive empires; their societies were often smaller and their governments less hierarchical and specialized than their counterparts in Eurasia and northern Africa beginning around 1000 B.C.E. When European colonization introduced iron and horses to these societies, the authors write, they, too, experienced a jump in the societal traits considered complex in this study.

The Inca Empire, Turchin notes, is something of an outlier. It needed neither iron nor horses to develop a massive population and complex governance. It did, however, have llamas, and using them as transport animals would have given the empire a competitive advantage over rivals, he says.

“It’s compelling that amidst the umpteen variables that they consider here, the impact of horses really rises to the top,” says William Taylor, an anthropologist at the University of Colorado, Boulder, who studies humanity’s history with the animals. “I think the paper underscores the importance of horses as an agent of social change.”

But he quibbles with some of the historical and archaeological data used to build the new model. For example, the study presumes horse riding arose in 1000 B.C.E. on the Pontic–Caspian steppe, but Taylor says scholars are still seeking answers as to exactly where and when people began to ride horses. Also, many early horse-riding societies left behind relatively few archaeological clues and are likely underrepresented in models, such as Seshat, that rely heavily on archaeology.

Monique Borgerhoff Mulder, a human behavioral ecologist at the University of California, Davis, says the researchers should be applauded for “taking an innovative, macrolevel, quantitative approach to history.”

But she thinks the time between advances in agriculture and military technology and the development of social complexity is too long to be confident about their impact. She says a lag time of 300 to 400 years between the arrival of ironworking and horses and the rise of an empire suggests “military technology must be viewed as a very remote predictor of the outcome.”

If it is true that warfare ultimately propelled human societies into certain kinds of complexity, though, Turchin says that’s no reason to celebrate it. The crucial ingredient in this evolution was competition, he says, not violence.

One Comment on “Does warfare make societies more complex?” 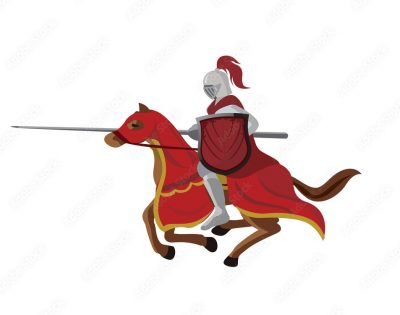