Following my hero, Charles Darwin’s interest in dogs, I have far many years thought that a process of self-domestication was involved in human evolution. Now a very authoritative dog book has been on the New York Times best seller list. Brian Hare is an evolutionary anthropologist, the founder of the Duke Canine Center and has been heavily into doing scientific experiments since he was a kid on his own dog. He pays proper homage to the long-standing study on silver foxes in Russia started by Dmitri Belyaev and still continues under Lyudmila Trut. Their most important finding has been that these foxes can become as domesticated as dogs in just three generations by simply breeding for an even temperament—not too fearful and not too aggressive. 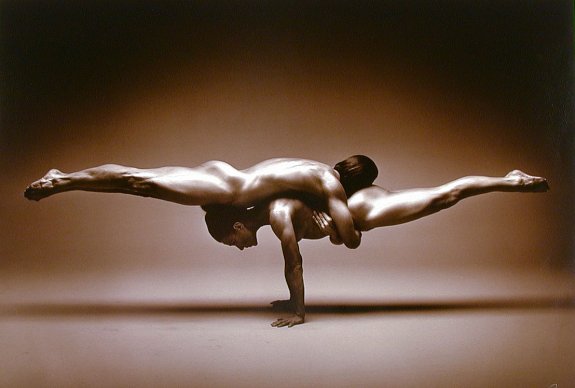 It makes perfect sense that, in the theoretical situation of natural selection taking place at the level of the group instead of the individual, cooperation is the major feature that determines the productivity of the group. The ideal temperament for such high levels of cooperation is exactly that, a balanced temperament. For about ten years, I became interested in marital dynamics and found that the problems that many couples were having related to the fact that, sometimes in very subtle and deep ways, they had diametrically opposite temperaments, which attracted them to each other in the first place. I developed the hypothesis that temperamental opposites had evolved to be attracted to each other in order to balance the temperament of their children, which is vital to success in a cooperative social system.

To get back to dogs, the main thing that dogs and humans can do that other animals can’t is to share communication. If you point to a toy in front of a dog or a one year old human, they will look at the toy with you, and the two of you can “share” your attention to it. If you point to something in front of a chimpanzee, it will just look at the end of your finger. Our whole language and cognitive abilities were evolved around the principle that we communicate with each other in order to help each other verify information.

The most important insight that I took away from this book is that Brian Hare went over to Russia and did cognitive experiments on those freshly domesticated foxes and, startlingly, found that this cognitive ability to share attention is present in them! In other words, the unique cognitive ability that only dogs and us have is created by merely having a balanced temperament.

But that makes perfect sense to me. When a group of beings are not too aggressive and not too fearful, an emotional atmosphere is created in which positive and gregarious instincts, present in all animals, can surface and manifest themselves. This is another instance in which emotional evolution precedes and determines cognitive evolution (Wylie’s Law) Another interesting fact in the book is that “feral” dogs (dogs that have been allowed to go wild, as in many cities overseas) are led by the dog that has the most friends. Wolves, from which dogs were evolved, have dominance hierarchies and are dominated by the alpha male and female.

The rest of the book is sort of a downer, as it explodes all the myths about certain breeds being smarter, different, etc., and even brings into question the whole idea of breeds in general. The authors take great pleasure in informing the reader repeatedly that all bull dogs have smashed in faces and wide-spread eyes in order perform the task for which they were bred: bull baiting, in which many of them climbed onto bulls to repeatedly bite them in order to tenderize the bull meat.