If you are a progressive, perhaps you identify yourself as a Darwinist in relation to the religious right who deny evolution, but you are probably unaware that you are embracing a dark view of human nature—and one that is at the foundation of modern conservatism.

In October 1838, that is, fifteen months after I had begun my systematic inquiry, I happened to read Malthus on Population, and being well prepared to appreciate the struggle for existence which everywhere goes on from long-continued observation of the habits of animals and plants, it at once struck me that under these circumstances favorable variations would tend to be preserved, and unfavorable ones to be destroyed. The result of this would be the formation of new species. Here, then, I had at last got a theory by which to work.

From that moment on, the cornerstone of Darwinism has been the struggle for survival of too many organisms competing for too few resources. When Darwin turned to the “problem” of extraordinary cooperation in humans, he held on to this core belief by speculating that it was evolved inside of competing groups struggling for scarce resources (i.e.: war). The following quotation from The Descent of Man should be enshrined as the philosophical underpinning of modern conservativism:

It must not be forgotten that although a high standard of morality gives but a slight or no advantage to each individual man and his children over the other men of the same tribe, yet that an increase in the number of well-endowed men and an advancement in the standard of morality will certainly give an immense advantage to one tribe over another. A tribe including many members who, from possessing in a high degree the spirit of patriotism, fidelity, obedience, courage, and sympathy, were always ready to aid one another, and to sacrifice themselves for the common good, would be victorious over most other tribes; and this would be natural selection.

There is evidence for warlike behavior, at a low level, between chimpanzee troops, and, obviously, our own Homo sapiens species has a strong propensity for chronic war; so conservative ideology maintains that there are only two sources of virtue apart from the biologically evolved sentiments of comrades-in-arms: The Bible and the Constitution are our only hope to “hold back” the indelible savagery of our natural instincts.

The simple litmus test to determine whether you are a conservative is to ask yourself whether you consider that the better angels of your nature are dependent on your far deeper instincts for competitive partisanship and war.

Human evolution took place first and foremost in the mind, which is the subject of this Blog and book. It is not generally understood that there is virtually no empirical science possible on how the mind of apes transformed into our own over six-million years of evolution because all of our hominin ancestors are extinct. Huge amounts of scientific knowledge about the minds of apes and humans (particularly children) are neatly being stacked upon the cliffs on either side of the six-million-year canyon of time that separates apes from us. But it is within this vast silent chasm that all our human ancestors, whose ghosts animate the very core of us, passionately forged the destiny that now is ours.

Perhaps the world’s foremost scientist on the subject of mind evolution—Michael Tomasello, formerly the codirector of the Max Planck Institute for Evolutionary Anthropology in Leipzig, Germany, and now at Duke University—states in his recent book, A Natural History of Human Thinking (2014):

Arising from the pages of Old Mind, New Mind is a broad view of the emotional experience and social life of our extinct hominin forebear species. What little is known about these early humans is consistent with the idea that, from the very beginning, the social structure of these ancient peoples suppressed and transformed the drive for individual dominance that centrally characterizes primates and apes (and that has ominously reemerged in our own species). They lived their lives immersed in naturally selected collective emotions and motivations; I argue that these emotions were evolved at the level of their associations with one another. A vision emerges of their inherent nobility: they pursued their lives peacefully within a social structure that banished the law of the jungle by the enforcement of justice. Justice within the associations between hominins was naturally selected on account of its inherent productivity.

Critical to understanding what is human in human nature is the recognition that the vast majority of our evolution involved the development of a communal mind built upon a foundation of right and wrong. This (now) unconscious reservoir of collective human Will is bred into each and every human relationship and operates below the glare of headlines. It is this uniquely human part of human evolution that relentlessly pulls us toward our destiny. 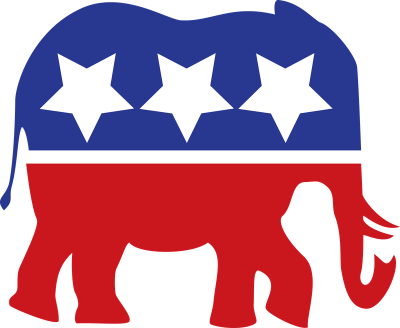