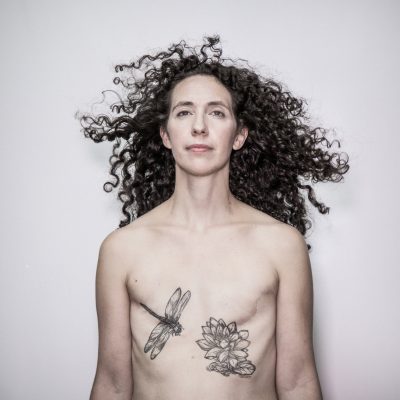 With no idea of how it relates to such a decision, I thought it might be useful to frame-out one aspect of the evolution of human breasts according to the Blog’s two-mind paradigm. This one aspect concerns the fact that Homo sapiens is the only primate species in which the females maintain rounded breasts when not lactating (with extra fat, not breast tissue).

The Blog proposes that we have two very differently motivated minds. We have an old collectively-experienced mind that has been evolving for over 6-million years. Our old mind has been naturally selected to coordinate productive behavior across relationships. This old mind is motivated by the aversion to fears of separation and banishment. Our own Homo Sapiens species evolved a new egoistic mind about 200,000 years ago; the individual is driven to “display” him/herself in such a way as to elicit favorable responses not only from the opposite sex, but from wider social groups. The new mind is motivated by the anticipation of pleasure arising from the admiration of others; it is this particular motivation that becomes pathologically hyperactive in the manic phase of bipolar disorder.

The notion of a “new mind” occurred to me while treating and studying the symptoms of mania. The Blog conceives all mental illnesses to be the result of the loss of regulation of different key emotions-and-motivations (which normally function “quietly” together) that results in pathological hyperactivity that then overwhelms all mental function. Manic mental states consistently include a delusional “audience” that is intensely focused on idolizing the patient, who is then energized with narcissistic euphoria. I believe that mania is “dated” as a recently evolved illness, because an almost invariable symptom is hyperactive speech which is mesmerizingly competent with respect to its elaborate grammar (syntax). The cognitive complexity of linguistic syntax  marks it as having been recently evolved, and thus is exclusive to our own species.

Mania also is also centrally characterized by hyper-sexuality, which points to the kind of evolutionary process that resulted in our new mind. Sexual selection is common in nature, most exemplified by the peacock’s tail. The tricky part is that females compete for the fanciest male tail, and, in so doing, they themselves are the ones being selected for the vigor of their preference for elaborate tails. Sons are born with “sexy” tails and daughters are highly attracted to them. So, this kind of evolution sucks natural selection into a self-sustaining feedback loop. I am sure that, if we could climb into the mind of a peahen or a peacock that both would rhapsodize at length about the mystical beauty of the tail, but, of course, in two very different ways.

The Blog conceives that the emotions-and-motivations toward breasts—by both sexes—are analogous to those toward the peacock tail, but that the rhapsodizing roles are reversed.

It was Freud who “discovered” the hyper-sexual nature of our normal behavior, but why, after six million years, did our species go off in such a peculiar direction? The Blog proposes that the key hominin adaptation has always been, not the fitness of individuals, but the productivity of group behavior.

In fact, human evolution is not really about individuals but what happens between them: the desire and the desired, whether it be breasts or the act of rendering something beautiful, both-as-one have been naturally selected for their relentless effect of pulling us together into ever larger and more bountiful groupings. 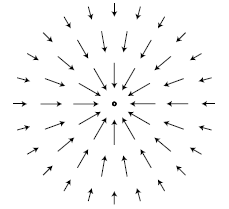 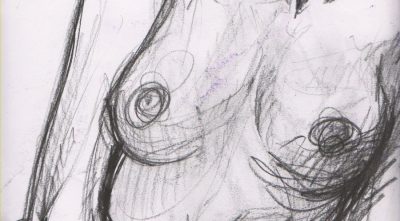