Patients with panic disorder have told me, “I begin to feel anxious, and then I feel more anxious about being anxious,” a process that rapidly ricochets with increasing intensity into panic. Panic disorder is the pathological oscillation between two social fears: interpersonal separation and entrapment at the bottom/periphery of groups. Normally, these two fears regulate in tandem one’s personal and social bonding. However, as these normal fears increase past a point of no return, the alarming experience of rapidly becoming aware of one’s fears of separation and entrapment rapidly ratchets their intensity until the patient becomes locked into frantically escaping from entrapment into separation and from separation into entrapment vibrating back and forth. 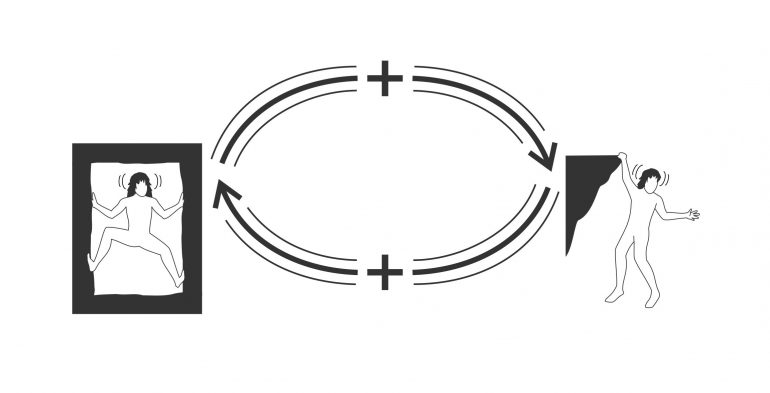 These two fundamental fears of interpersonal separation and of being trapped at the bottom or periphery of groups can be viewed as an emotional fossil of how primates evolved hierarchical groups some 50 million years ago. These two fears, one experienced as pulled together into relationships, and the other as being pushed back into groups, exerted a relentless cohesive force. The fight and flight responses among these ancient primates were compressed by these two social fears into the sustained mental states of dominance and submission forming hierarchies. 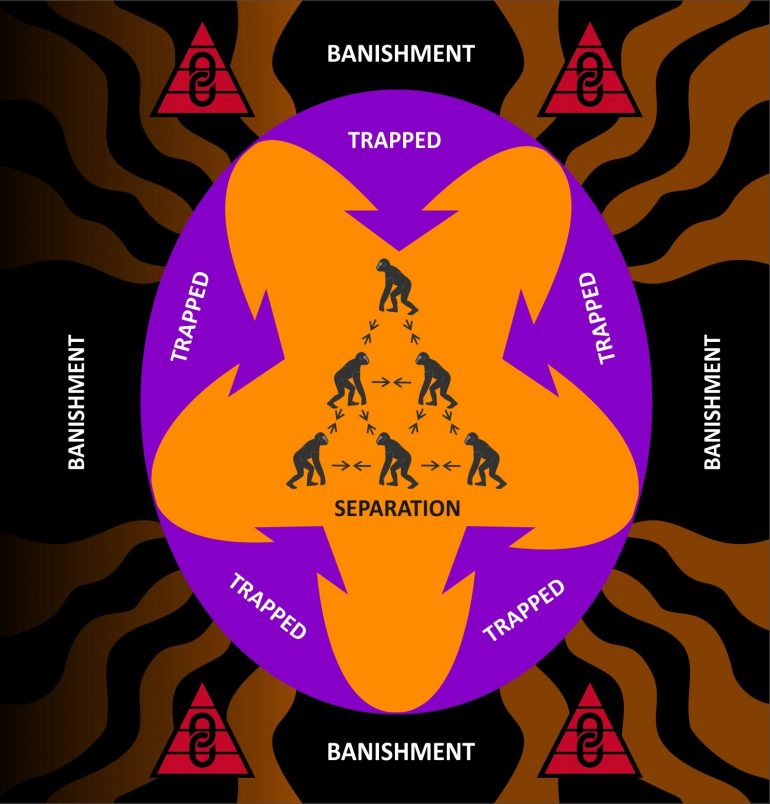 The fundamental unit of behavior in a hierarchy consists of a political triangle: two attempting to intimidate a third. All permutations of these triangles crystallize into the simple geometric form of nested pyramids. 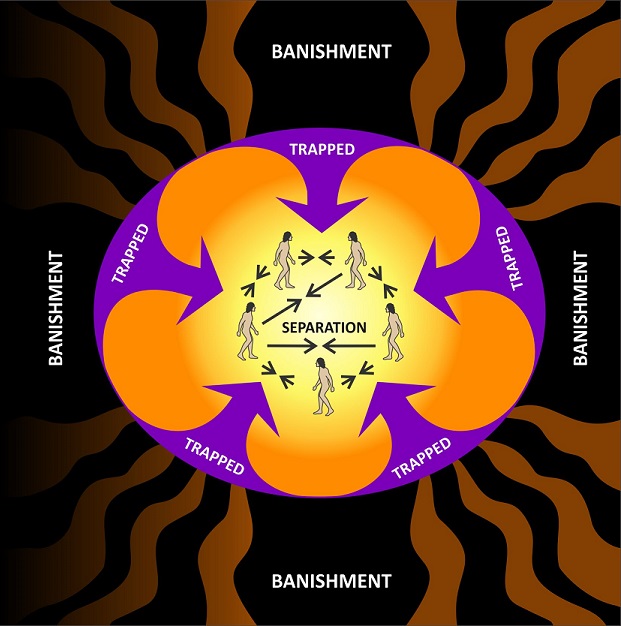 . . . into the “organic” social system of hominins naturally selected for the benefits of teamwork: 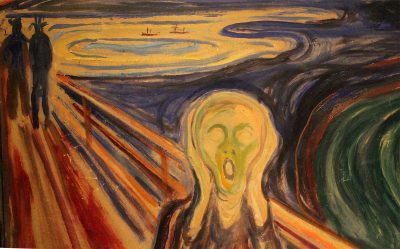