Knowing my interest in human evolution, my son’s Texan mother-in-law gave me the brochure of an exhibit at the Nasher Sculpture Center in Dallas that she visited, entitled “First Sculpture: Handaxe to Figurestone.” The brochure contained many pictures of beautifully rendered paleolithic hand axes as well as naturally formed sculptures that had been “framed” by chipping away surrounding rock, along with intentionally sculpted figurines.

I watched on YouTube presentations by the scientists involved including anthropologist Tom Wynn from the University of Colorado, who, accompanied by an artist, had selected the objects for the exhibit from museums around the world. They pointed out that even though the basic shape of the paleolithic hand ax did not appreciably change for 1.5 million years, all through this period there is local variability in the flaking of the axes. A group of scientists were unanimous in their separately determined opinions as to which individual made which stones at the 500,000-year-old Boxgrove site in England. There are widespread examples, at many sites, that some of the hand axes are “over-determined,” and “exceptional,” meaning that the maker put more effort into making them than was necessary. The most interesting part about the exhibit for me is the hands-on illustration that no special expertise is needed for visitors to determine for themselves that the quality that makes these hand axes exceptional is their beauty. We are all hardwired to recognize beauty.

The middle stone age is the period characterized by thinner, more specialized, as well as many more exceptionally beautiful, stone blades, including the beginnings of sculpted figurines. A variety of recent studies have all but nailed down that the first Homo sapiens appeared about 300,000 years ago, and that the mental capacities that distinguished them produced this revolution in hand ax construction. It has been determined that this was a period of rapid fluctuations in climate, which is thought to have been the root cause of these changes, and there has been much written by Dr. Wynn and others about the cognitive capacities that were needed to make advances in stone tool construction. My work has focused on an entirely different aspect of what it was that distinguished our own species from those that preceded us.

I believe Darwin’s most brilliant and courageous hypothesis is his theory of sexual selection. While thinking about how elaborately beautiful but useless male traits in birds could have evolved by natural selection, Darwin, who famously suffered from psychosomatic symptoms, wrote a colleague that “The sight of a feather of a peacock’s tail, whenever I gaze on it, makes me sick.” He observed, “On the whole, birds appear to be the most aesthetic of all animals, excepting of course man, and they have nearly the same taste for the beautiful as we have.” Darwin’s conclusion in The Descent of Man and Selection in Relation to Sex (1871) was that the mere desire for beauty—pleasure itself—is the driving force behind the selection of the dances and songs of birds and that the same is true for ours.

I am a psychiatrist who has long been interested in the evolution of emotion and motivation, and I have come to the conclusion that, at least when it comes to human evolution, the evolution of emotion both precedes and guides the evolution of cognition. By this, I merely mean that, existing prior to, and driving the evolution of the cognitive capacity to create something beautiful, is the desire for beauty. Assume for a moment that prior to the evolution of Homo sapiens 300,000 years ago, those beautiful stones in the exhibit were constructed by relatively rare individuals, who did not necessarily possess superior cognitive abilities, but who were strongly motivated to create such beauty. What is different about our species, in my opinion, is that we modern humans began to regard those individuals who were motivated to produce beauty as, well, sexy, and as a result they proceeded to procreate and spread their artistic inclinations to the point at which the competitive motivation to create (and appreciate) beauty became widespread. Of course, cognitive abilities to create beautiful stone sculptures and then cave paintings advanced apace, but artistic ability and appreciation lie more in the emotional sphere of desire (which is why Dr. Wynn was accompanied by an artist). Furthermore, the taste for beauty in those selecting (and mating with) the artists, and the quality of the of the artists’ art entered into an intensifying feedback cycle, called co-evolution, that was initially described by Darwin: 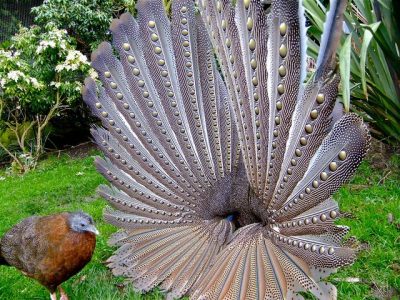 The male Argus Pheasant acquired his beauty gradually through the preference of the females during many generations for the more highly ornamented males; the aesthetic capacity of females advanced through exercise or habit just as our own taste is gradually improved.

There is paleontological evidence for sexual selection in Homo sapiens. What makes early human fossils recognizably modern is that they come from individuals who would have been physically attractive to us: gracile with childlike skulls. The elongated braincase of prior hominid species evolved into the globular shaped head with a small-and-divided brow ridge above a small face that is characteristic of modern humans.  It is reasonable and parsimonious to assume that these transformations were the result of sexual selection in the direction of the appearance of an infantile skull. We have selected one another emotionally as well as physically in large part by the desire for the aesthetic grace of youthfulness. Whereas in birds it is the females who do the choosing, in humans it goes both ways.

From the perspective of sexual selection, the most prominent of our characteristics is not our desire for beauty, but our desire to be desired for our beauty, and for our ability to make and display it. Once one realizes that wearing a necklace of shells (100,000 years ago) or painting pictures on cave walls (40,000 years ago) is just Homo sapiens being Homo sapiens, the mystery of how symbolic behavior evolved largely fades because, in evolution, where there is will, the will will have its way. 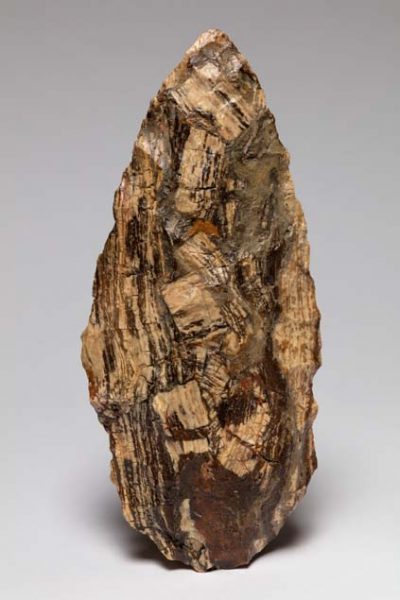