SKIP TO THE LAST PARAGRAPH IF YOU ARE RUSHED.

Darwin famously jotted in a notebook in 1838 that: “He who understands baboons would do more towards metaphysics than Locke.”

Dorothy Cheney and Robert Seyfarth (Baboon Metaphysics: The Evolution of a Social Mind –2007) found that, while expressive language of baboons is meager—only fourteen different sounds—the knowledge of their dynamic social world conveyed by them to each other is astounding. By merely listening to a recording of one of these fourteen vocal expressions, the individual baboons could identify the individual, the overall rank within the troop of the individual making the sounds, its family membership, the ranking of the family, and its rank within the family.

The cover article in Science this week reports on a study in which GPS devices were placed on baboons and their second-to-second movements relative to one another were plotted. 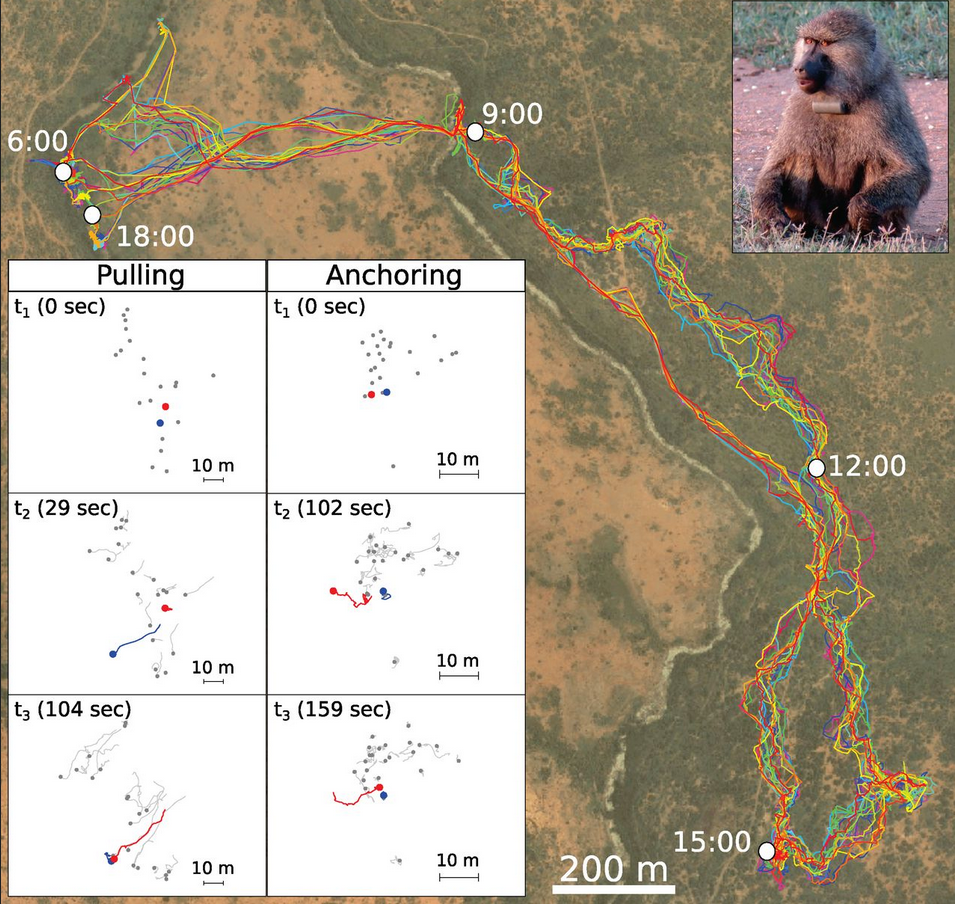 Although field-based experiments suggest that dominant baboon individuals, when highly motivated can shape group movement patterns to their advantage, this study provides evidence that the decision-making process driving day-to-day movement patterns is shared [fundamentally consensual and, essentially, democratic]. However, there are situations in which the followers have to make a decision as to which of two “leaders” to follow. This study determined that social rank has nothing to do with these decisions.

If social dominance plays a role in determining the outcomes of movement decisions, the disproportionate influence of high-ranking animals should be easiest to observe when single individuals make movement initiations (single-initiator events). We found no evidence of this. The dominant male did not have the highest probability of being followed, dominance rank did not correlate with initiation success, and no sex differences existed in initiation success, despite males being dominant over females. 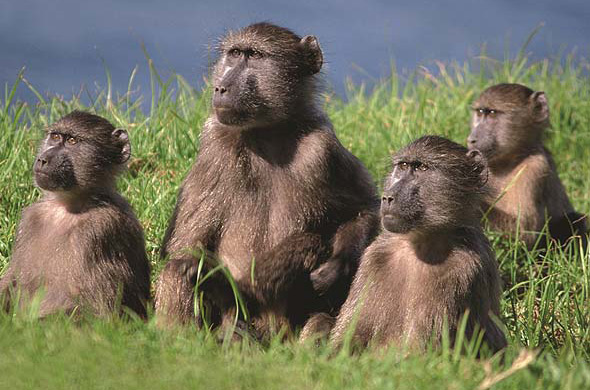 One Comment on “Baboons, famous for their dominance hierarchies, have on-the-ground democracy.”