I have never been one that would conceive of going on a religious pilgrimage, but have just returned from an American pilgrimage. It would be a purely secular journey in any other country, but the very essence of America dwells in the spiritual realm of ideas. The very heart of the American ethos was forged from the bloody assimilation between ancient Indian culture & the European Enlightenment.

We give short shrift to the influence of stone-age Indian culture: its survival-toughness and war-like bravery was epitomized by the Sioux Nation. My wife and I were honored to be accompanied by the grand-daughter of Cyrus Brady and her husband. Brady, an ordained Episcopal priest in New York in the early 1900’s, was a prolific author on the subject of the Indian Wars. He wrote thoroughly documented spellbinding accounts at a time when many of the participants were still alive.

The following speech is by the great Sioux Chief, Red Cloud to fighters from the tribes he was assembling to oppose the white man. Listen to the raw power of his narrative logic—also note that his authority rests on the power of the Great Spirit whose primary function is to dispense justice. This was precisely Lincoln’s view of God’s role in his Second Inaugural Address found here.

“The Great Spirit raised the white man and the Indian,” he told his fellow fighters.

“I think he raised the Indian first. He raised me in this land and it belongs to me. The white man was raised over the great waters, and his land is over there.

Since they crossed the sea, I have given them room. There are now white people all about me. I have but a small spot of land left.

The Great Spirit told me to keep it.” 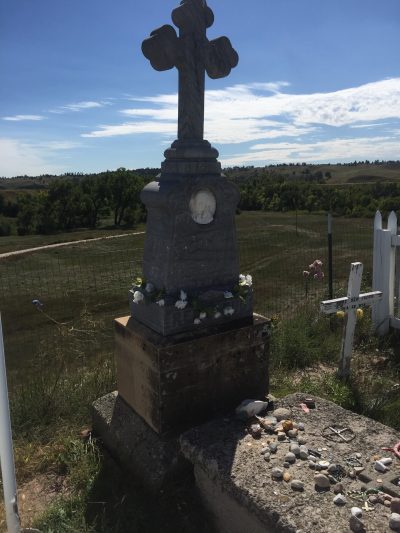 This leader, who naturally rose up by virtue of his given gifts, defeated the US Army. He is buried on the top of a hill in a wind-swept, overgrown cemetery. But his tomb-and-grave-stone are fenced off as sacred, and it is the largest monument up there (by far) with a small white marble inlay of his head in full feather head-dress. There are many small graves in the cemetery most of which commemorate Jesuits priests who were out West saving souls from the early 1800’s. Following military defeat, upon being shown the hordes of people in the Eastern cities, Red Cloud realized his cause was hopeless; he eventually converted to Christianity. 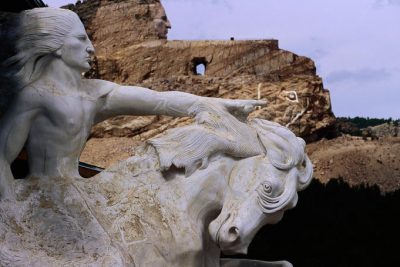 It is Crazy Horse, the legendary Sioux horseman-warrior,who is honored by a work-in-process to rival Mt. Rushmore; Crazy Horse was killed trying to escape after being captured. Indeed, there could not be a more authentic monument to the skillful ferocity of the American passion to be free.

The long, football-field wide pedestrian causeway on the way to the final viewing platform—with hundreds of pilgrims (but not at all crowded) all experiencing the quiet prideful joy of heartfelt homage. The first shock is that the four presidential countenances gleaming in the sunlight appear as finely wrought-and-polished as marble busts. Then it is Washington’s expression that hits you: A massive column of rock has been transformed into a visage of such a riveting expression of strength and pride that it dwarfs the immense dimensions into which it is embedded. But then sprouting out of the right side the that same columnar rock structure is Jefferson, looking into the distance as the visionary philosopher. 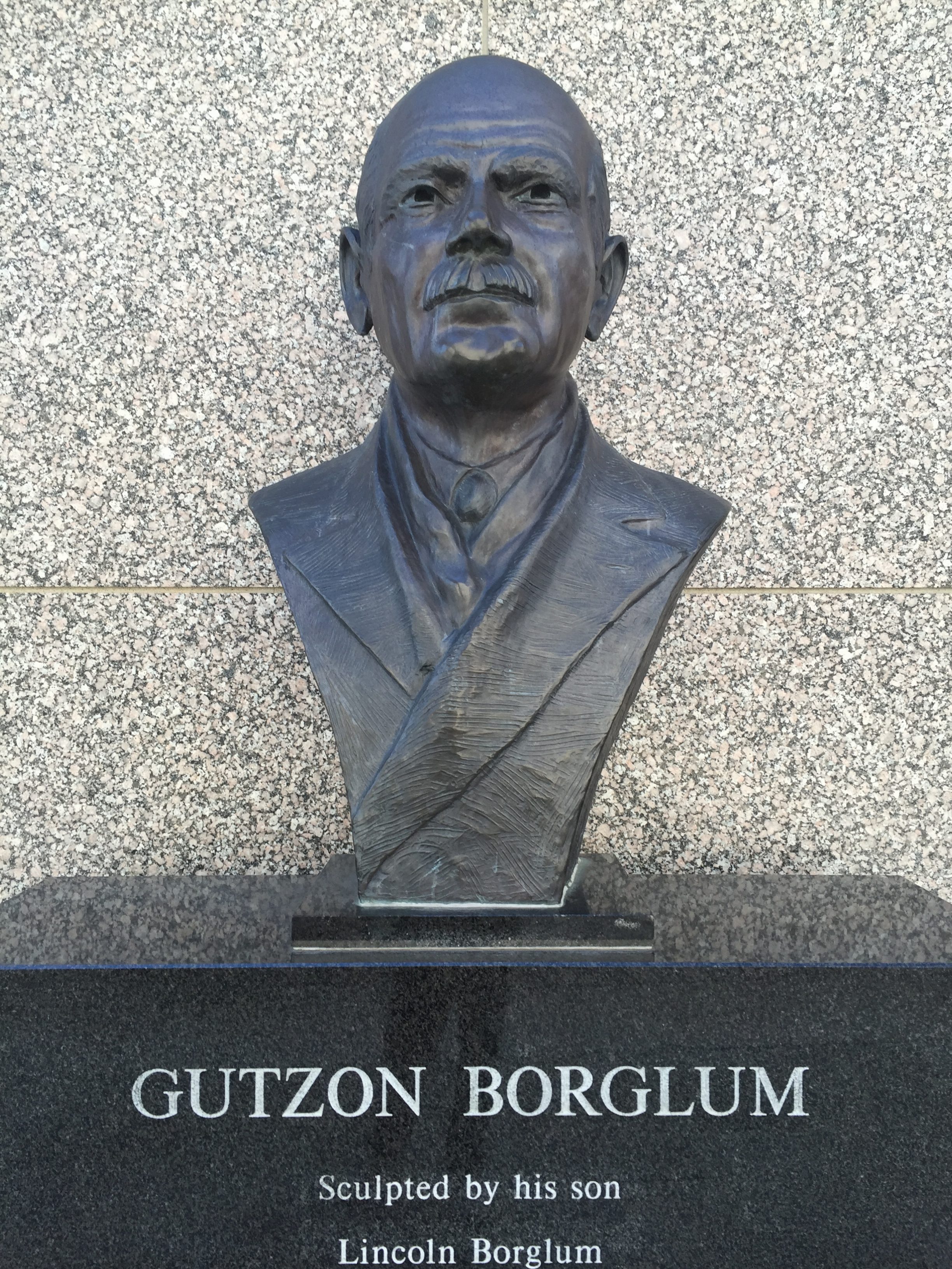 Architect Gutzon Borglum included him because of his role in the Louisiana purchase, and Theodore Roosevelt for completing the Panama Canal. Roosevelt is the weakest image tucked into the background, in between Washington’s and Jefferson’s granite column on the left and one to the right of similar dimensions into which an extraordinarily evocative Lincoln is carved. If Washington is Strength, and Jefferson and Roosevelt are Vision, Lincoln is Wisdom. Sad, weary, poetic eyes dominate and transform the immense lithic structure into an exquisite expression of humanity itself, one that is easily the equal of any European Cathedral in the  magnitude of the sublime pathos evoked  by it.

Pictures do not do Mount Rushmore justice; a pilgrimage just to see it is well worth the trip, while also beholding the magnificent granite spires that are the Black Hills and then to understand why the Indians considered the stark beauty of the badlands to be a sacred place. 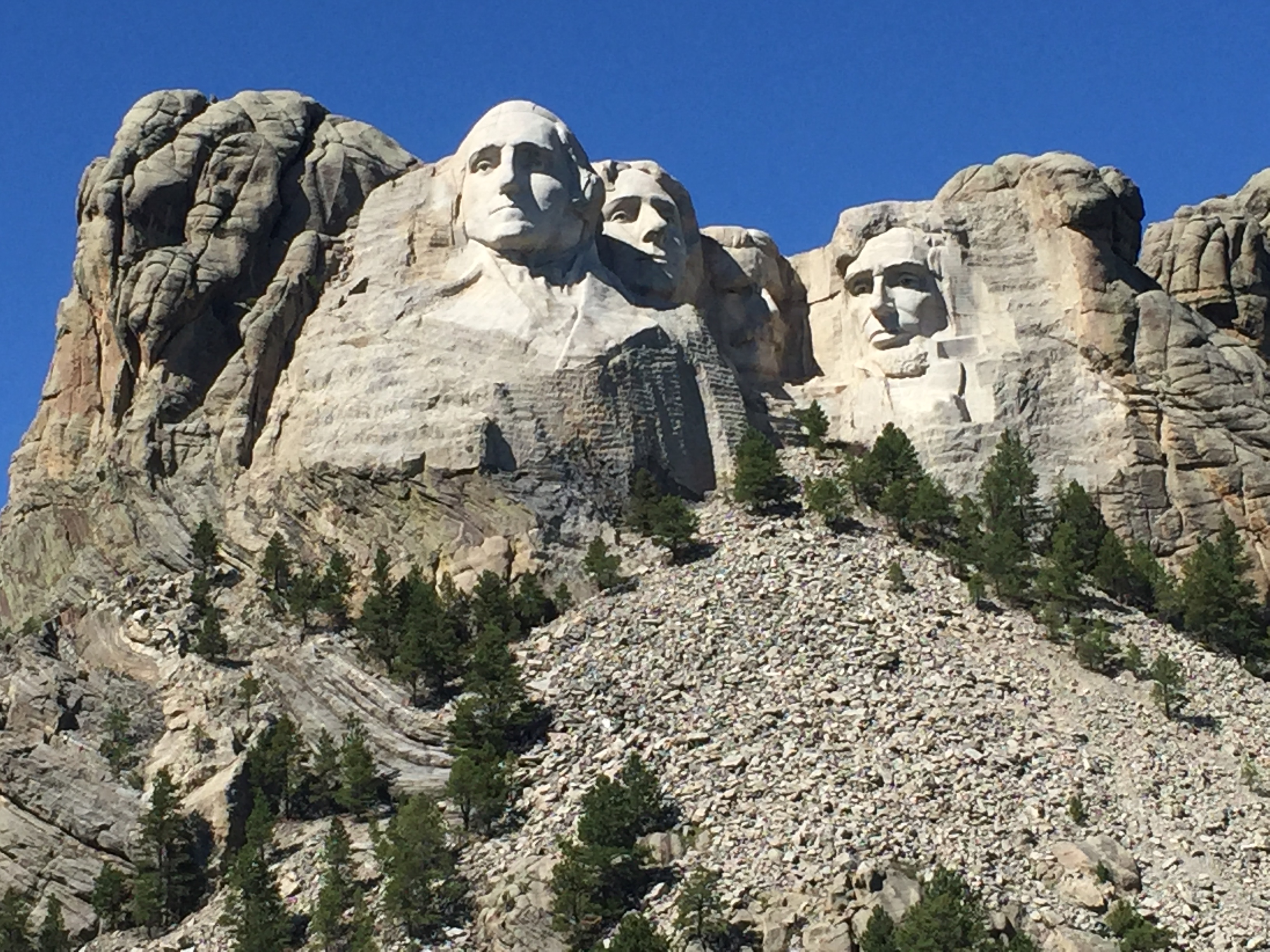 9 Comments on “An American Pilgrimage” 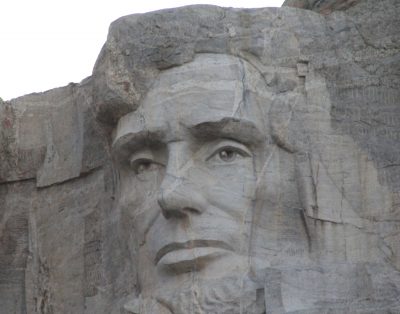