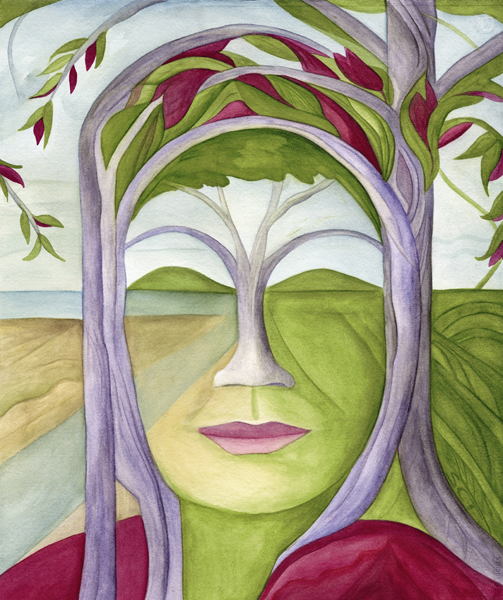 Emotions are often viewed as mere “proximate” vehicles for behavioral or cognitive adaptations to the physical environment. However, emotions are important in social systems because social structures are not only comprised of social emotion, but also are a significant meta-environment to which behaviors and cognitions adapt. The direct phenomenological study of conscious social emotions in humans is important because only rudimentary inferences can be made about the social structures of hominins from the fossil record. Also, the relevance of the study of contemporary apes is compromised by the fact that we do not know how much they have changed from their common ancestor with humans.

Major mental illnesses are caused by the escape from regulation into pathological hyperactivity(1) of specific segments of emotion that are assumed to be fundamental to normal function because they have the capacity to substantially disable mental function. For the same reason, it is assumed that these segments of emotion were of central importance to the evolution of emotion.

The two different forms of depression consist respectively of the pathological hyperactivity of the fear of interpersonal separation and the fear of entrapment at the bottom/periphery of social groups. Panic disorder consists of the hyperactive oscillation between these two fears. The proposition is that the primate hierarchical group structure is actually comprised of the fight and flight impulses of individuals engaged in an inhibitory dynamic between two different kinds of social (meaning evolved at the associational level) emotions: one being separation anxiety evolved at the level of kinship bonds, and the other being the fear of entrapment, evolved at the general level of group bonds. The result of these stabilized emotional dynamisms is the dominance–submission interaction, which is the “molecule” of the hierarchical structures that create an “ecology,” consisting of a “game with ground rules” within which primates have evolved their cognitions, including the ability to read each other’s minds.

The core experience in schizophrenia is the reception of communications from external social sources in the realm of thought; this is assumed to be a hyperactive breakdown in the communication of normative values and beliefs from groups to individuals. Because schizophrenia is such a widespread and disabling disorder, and because vying group identities are cultural constructs exclusive to Homo sapiens, communication from groups to individuals must have derived from a central feature of the social structure of ancestral species. I propose that hominin communication was evolved to coordinate group survival behavior evolved at the level of groups. A communication system that enabled individuals to ascertain intentions selected at the level of their groups would require the evolution of a method to share these intentions, and would provide a parsimonious explanation for the origin of the most unique capacity of modern human language: shared intentionality. I am not alone in believing that current evolutionary explanations (kin selection, reciprocal altruism, recursive mind reading) for shared intentionality by means of selection at the level of individuals are not satisfactory.

Apes were threatened with extinction by deteriorating climates and declining birth rates at the time hominins first appeared. A transformative evolutionary mechanism is proposed in which the dominance–submissive dynamic characteristic of ape groups combined into the single group-selected entity of obedience to the evolved authority of groups. In a process similar to sexual selection, two or more of the dominance mentalities of individuals evolved the capacity to select in one another (by mating and/or by association) the trait of obedience to their combined authority; obedience was rendered from the submissive mentality. Thus the social structure of hominins was significantly different from that of apes.

The dimorphic mentalities (dominance and submission) underwent this evolutionary process instead of dimorphic individuals like males and females. Besides the self-reinforcing dynamic between the capacity to select a trait (submission) and the selection of the trait itself that is characteristic of sexual selection, this evolutionary process was also driven by the immediate increase in productive fecundity that resulted from the decline in intragroup competition. Occurring simultaneously and intrinsic to this evolutionary transformation, by means of classical sexual selection, females were selected to essentially domesticate males into less aggression and monogamy, the most productive of all social systems.

This punctuated social metamorphosis greatly strengthened the power of groups in relation to the individuals within them. From that point on, the hominin struggle was waged by groups striving for fitness by attempting to suppress the disruptive struggle for individual fitness within them. The consciousness of the individual mind seeking dominance was actively suppressed by a new hominin consciousness of a communal mind(2) consisting of obedience to authority seeking to suppress dominance.(3) The foundational function of authority is to maintain justice, analogous to an immune system, sufficient to enable close coordination in monogamous groups that functioned as organisms. Morality had to be constantly “tended” by the maintenance of justice in each generation.

This transformation from dominance and submission among individuals to authority and obedience to groups unites an explanation of the following six facts of hominin evolution:

1. Hominins widely speciated at the same time apes were declining because of the marked increase in fecundity due to the elimination of wasteful (mainly male) competition.
2. Upright posture is the defining feature of hominins because they had to stand up in order to maintain constant visual contact to accommodate the increased volume of predominantly gestural communication. Hominin proto-language required individuals to simultaneously signal and receive in order to coordinate group-selected mutual obedient behavior by constantly striving to achieve a running quorum analogous to communication in bee hives.
3. Large molar teeth evolved in pre-Homo hominins in order to avoid the divisive effect of competition for high value foods because close coordination of their groups was their sole adaptive advantage. (there is evidence that violence did result from meat eating and the acquisition of weapons in later Homo hominid, which will not be addressed here).
4&5. Two aspects of the stone tool industry: their widespread use and the stability of hand ax construction for 1.5 million years, were due to the affiliative function of their construction in groups of groups resulting in unbroken migratory chains of learning not by imitation but by the emotional process of identification. Identification is preserved in the process of instilling a superego into children which has been extensively studied in the psychoanalytic literature.
6. Large brains correlate with monogamy in mammals due to the complexity of synchronizing the care of offspring. The expansion in the frontal and lateral lobes are the parts of the brain that enabled groups of individuals to emotionally synchronize increasingly complex communal behavioral algorithms for the detection of predators and the pursuit of prey.

A central symptom of the manic portion of bipolar disorder is the hyperactivity of coherent speech, the syntactical complexity of which marks it as having recently evolved in Homo sapiens. Because mania is a euphoric, goal-driven state in which patients experience themselves as receiving highly sexualized approbation from an imagined “audience,” it is analogous to sexual display. That the earliest modern human skeletons are distinguished from their hominin ancestors by progressive indications of neoteny is evidence that sexual selection (for attractive, youthful traits) is the hallmark of our species, also indicated by our earliest known artifacts, which were pierced shells and red orcher used for body ornamentation.(4) All our foibles are exaggerated in mania, including wild spending sprees, promiscuous sexuality, absurd grandiosity, and intense, sometimes dangerous “narcissistic” rage in response to the frustration of inflated goals. In our species, this new goal driven “ego-mind” evolved into a dynamic with the long evolved communal “old mind” that is motivated by aversion to the social anxieties.

The two-mind hypothesis posits that the dynamic between the old mind and the new mind provided the emotional scaffolding along which novel cognitions proliferated. In the evolution of the human mind, emotional evolution precedes and guides cognitive evolution. An understanding of underlying emotional dynamics can simplify the cognitive mysteries of self-conscious awareness and thought, as well as the complexity of syntax and the enigma of meaning in language. The unique feature of our consciousness is that it is the result of the double consciousness of two minds. Being conscious is one thing, but being conscious of being conscious is quite another. Accordingly, language is an interaction between the old rule-making mind, learned slowly by identification, and the flamboyant new mind, relentlessly elaborating with clauses and modifiers, which can be rapidly and widely imitated. Except when language is what Ludwig Wittgenstein termed as being “on vacation” (e.g.: the new mind display component of language) the meaning of serious conversation is about the-good-of-one’s-group.

In light of this narrative, consider that, if we somehow did not know anything about domestication as a concept, we could study the minds of dogs and wolves forever and never figure out how one evolved into the other.

Mental illness is a tragic epiphenomenon (side-effect) of the adaptations provided by our two minds. The problem with self-consciousness is exemplified in escalating panic in which one becomes progressively anxious about being anxious, and in feeling depressed about feeling depressed in the major depressions. Mental illness occurs when the dynamic between our two minds becomes unbalanced and breaks down into unrestrained positive feedback, and one mind absorbs the other. In melancholic depression, the anxieties of the old mind (social entrapment and banishment) cease being modulated by the esteem provided by the new mind. In mania, the new ego-mind absorbs the old mind, and becomes inflated producing hyperactive “displays” of authority. In schizophrenia, the new mind is overwhelmed by the hyperactivity of the thought-language of the old mind. Old mind figures or social institutions (God, FBI) communicate to the sufferer.

Footnotes
1 This is a fundamental pathological mechanism, most obviously in cancer.
2 The source, or intentionality, of motivations in hominin authority emanate from the relationships between individuals. The DNA of the genes of this mental agency exist within the brains of individuals in a given group, which in each generation are recombined into relationships and submitted to natural selection. However the expression, or phenotype, of this intentional and evolving (two essential qualities of life) entity of authority dwells within the thin ether of the associations themselves, which is a virtual, non-physical space, which can be considered spiritual.
3 So, the dynamic between superego and id described by Freud could be as ancient as our hominin tribe itself.
4 Gold became the most valuable commodity because the fact that it does not tarnish makes it the ideal body ornament.