I’ve never paid much attention to the fact that my name is Scottish, but next year we plan to embark upon a pilgrimage to the Orkney Islands.

About 400 years before the Great Pyramid of Giza was constructed in Egypt, the megaliths of the Ring of Brogdar (above) were erected in the Orkneys. For reasons that remain a mystery, the megalithic era in stone-age England (culminating with Stonehenge) had its origin in the remote Orkneys.

It is widely thought that the advent of agriculture caused the megalithic movement (in Europe also) for a variety of reasons, among them being:

Greater concentrations of people with increased productivity allowing them the time to transport the stones (many of the Brogdar stones came from the mainland) and erect them.

A transition from a hunter-gatherer mind-set of being part of nature to the agricultural one of manipulating nature (however, see this post on the 12,000 yr. old megaliths in Turkey built by hunter-gatherers). 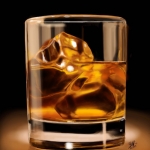 The rise of hierarchies that could organize labor.

One hypothesis as to why English megalithic architecture began in the Orkneys is that, as in all the Scottish Isles, they primarily farmed seasonal cereals (leading to scotch→ : ) allowing  more time to build these stone structures. The socially cohering function of these local meccas was served every bit as much by their construction as by their use.

There are two basic human motivations that compete with each other: one is illustrated by the circular megaliths in the Orkneys (also in rest of the British Isles & Western Europe) – and the other reflected by the monumental pyramidal architecture in Mesopotamia, Mesoamerica (later), and famously in Egypt.

In the Orkney excavations, there are obvious signs of hierarchies and elites (living in the houses pictured)—some have even hypothesized that groups competed to build them—but there is wide agreement that the fundamental function of these megalithic structures was to bring people together simply to associate with one another within a spiritual/religious context.

The paradigm in this blog is that, 6 million years ago, our “tribe” arose from apes by virtue of a “punctuated” evolutionary conversion: from the natural selection of individuals in apes (dominance), to the selection of associations between individuals in humans (authority). 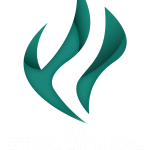 So, it is not just the act of building the megaliths at Brogdar  that make them special, but the purpose for which they were built, which was to formally assemble in the sacred presence of this collective spirit.

Also in this blog, I have argued that our own Homo sapiens species is “fallen” by virtue of having newly evolved the motivation for self-display (vanity). Over 200,000 yrs., our passion for vanity has reawakened the long-dormant ape-will to dominate. This heady brew of dominance and vanity emanate from us all as individuals. 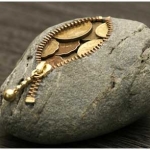 Indeed, the Egyptian pyramids are brute monuments to what the ancient Greek tragedians called hubris. They were built by pharaohs (considered gods) for the purpose of preventing themselves from being robbed after they died, a project of monumental absurdity that almost always failed.

But then…those who built them were not slaves…and, if one were going to dream up a ritual that would most efficiently satisfy the human need for collective work, maybe building huge stone pyramids is not a bad way to go.

Either way, The Ring of Brogdar out-classes the Great Pyramid my a mile.

2 Comments on “A Pilgrimage to the Orkney Islands” 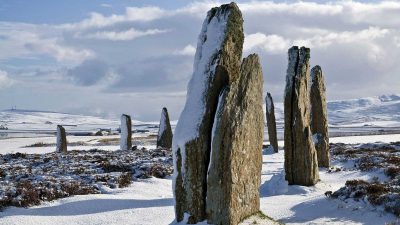