It is generally assumed that the natural social organization of humans is the hierarchy that is the hallmark of the primate order of which, of course we are a member. I have posted evidence that the principle feature that has distinguished our hominin tribe from the beginning is the evolution of a democratic, egalitarian social structure that interacts with underlying primate instincts for hierarchy: Cultural anthropologist Christopher Boehm has been a pioneer in bringing attention to the egalitarian nature of hunter-gatherer groups here.  I have given evidence that our own H. sapiens species is so violent because of our hypersexuality here, and evidence that there were precursors to democracy in baboons here.  And last month’s post was a summary essay on human nature here (considerably edited since I first posted it).

The feature article “Unearthing Democracy’s Roots” in this week’s Science (Vol.355,1114-1118) describes a new interpretation of an excavation in Mexico of a pre-Columbian city called Tlaxcallan. Excerpts:

Premodern republics such as classical Athens and medieval Venice were thought to be a purely European phenomenon. These societies were not necessarily full democracies in which citizens cast votes, but they were radically different from the autocratic, inherited rule found—or assumed—in most early societies. . . these “collective societies” left telltale traces in their material culture, such as repetitive architecture, an emphasis on public space over palaces, reliance on local production over exotic trade goods, and a narrowing of wealth gaps between elites and commoners. “Collective” does not mean “socialist”. . . Most of the collective societies he has studied have market-based economies, which create taxpayers rich enough to contribute to public goods.

Most Mesoamerican cities were centered on a monumental core of pyramids and plazas. In Tlaxcallan, the plazas were scattered throughout every neighborhood, with no clear center or hierarchy. Rather than ruling from the heart of the city, as kings did, [Lane] Fargher believes Tlaxcallan’s senate likely met in a grand building he found standing alone 1 kilometer outside the city limits (see graphic, below). This distributed layout is also a sign of shared political power, he says.

Another common feature of collective societies is economic equality, which archaeologists can infer from comparing the goods of rich and poor people. In autocratic societies like the classical Maya, luxury goods such as intricately painted pottery and jade are only found in palaces and royal tombs. In contrast, in Tlaxcallan people of all classes seemed to have owned and used pottery with ornate, multicolor designs. “You can’t tell rich people from poor people based on their stuff,” Fargher says.

Collective states may have another tendency that can be spotted archaeologically: They attract people from beyond their borders, who bring artifacts that can be linked to other cultures. “When you have a collective formation that’s funded by internal resources, it’s in the interest of those in government to bring in more people,” says Gary Feinman, an archaeologist . . .

Collective governments do tend to rise and fall in cycles, [Richard] Blanton says. In Oaxaca, the political pendulum swung between collectivity and autocracy every 200 to 300 years, judging from shifts in the layouts of dominant sites and histories recorded by colonial chroniclers. “Democracy isn’t a one-shot deal that happened one time. It comes and goes, and it’s very difficult to sustain,” he says.

A Tale of Two Cities

Just before the arrival of the Spanish, two very different powers battled in the heart of modern-day Mexico. Tenchtitian, the autocratic capital of the Mexican Empire, conquered almost every society in its path, extracting tribute and human sacrifices from thousands of kilometers away. The only resistance: Tlaxcallan, a collective republic just over the mountains that fiercely defended its freedom. 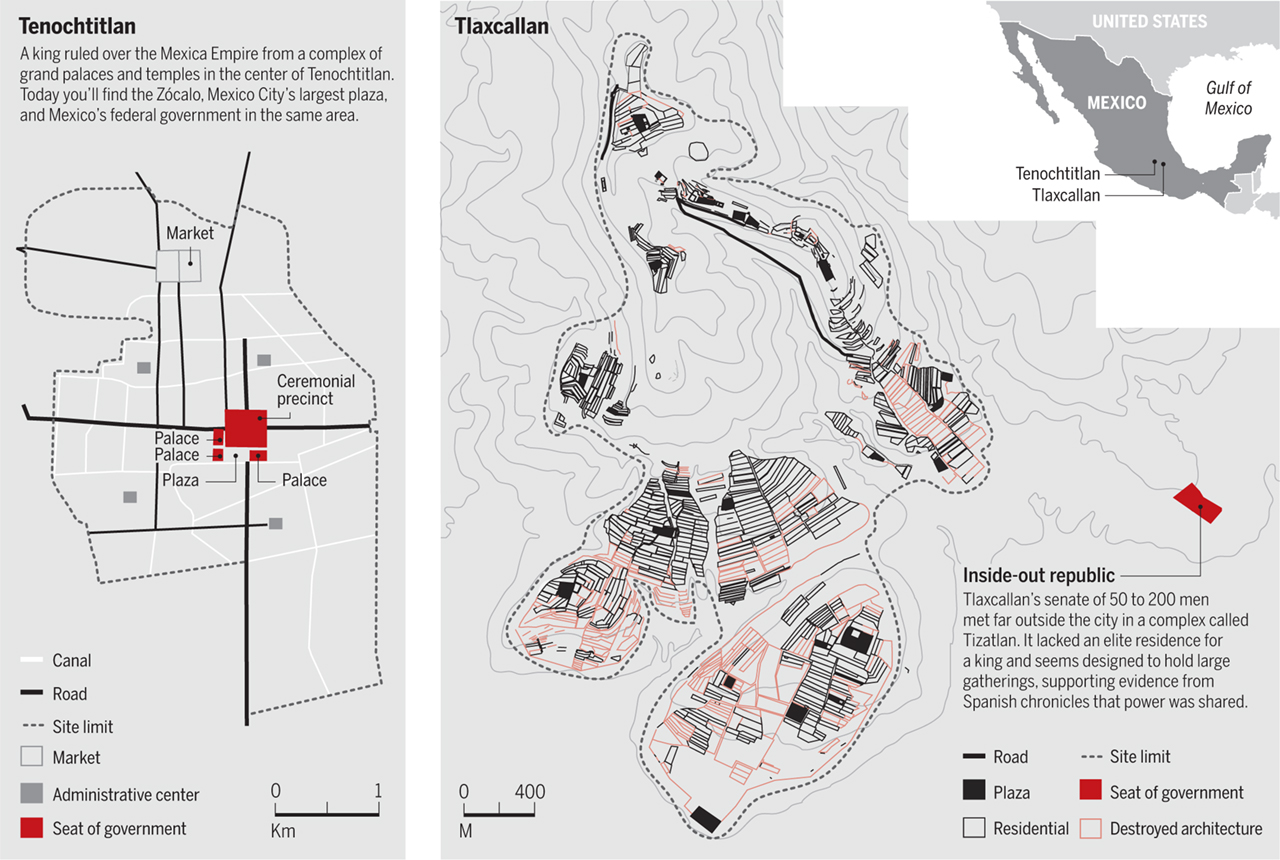 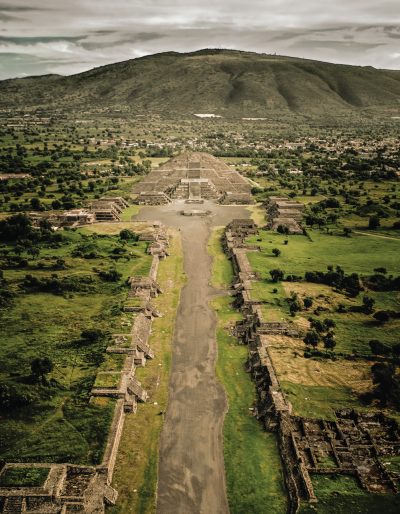