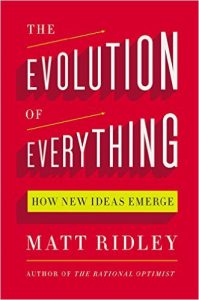 Matt Ridley is probably the best science writer on the subject of human evolution. His first two books are classics in the genre: The Origin of Virtue: Human Instincts and the Evolution of Cooperation, and The Red Queen: Sex and the Evolution of Human Nature. Now he is applying his talents to a broad theory in The Evolution of Everything.( * ) In it he very persuasively points out that in the last hundred years, all the progress we have made, such as “…the growth of global income; the disappearance of infectious disease, the feeding of seven billion; the clean-up of rivers and air; the reforestation of much of the rich world; and the use of genetic fingerprinting to convict criminals and acquit the innocent…” has been unintended and slowly evolved from the “bottom up.” And all the bad things have been the result of human “top-down” meddling in this natural evolutionary process, such as “…The First World War; the Russian Revolution;

the Versailles Treaty; the Great Depression; the Nazi Regime; the Second World War; the Chinese Revolution; and the 2008 financial crises.”

You can quibble around the edges about his analysis (and his excruciatingly trite take on religion), but I think he is generally right just as I have been claiming in this blog: over the long haul, human history has been in the direction of greater justice accompanied by prosperity—resulting from the progressive coordination of our  divided labor.

But the glaring weakness of Ridley’s book is described by scientist Richard Gawne in his review in Science: “Simply claiming that things change over time does not mean one has proposed an evolutionary theory. Darwin did not declare that species change and call it a day. He provided a testable mechanism to explain how species change. Analogous causal hypotheses are largely absent in Ridley’s book.”

Ridley does pay scant lip service to “kin-selection” (nepotism) and

“reciprocal altruism” (you-scratch-my-back-and-I’ll-scratch-yours). But I am with E. O. Wilson that group-selection must have been the mechanism for our highly developed  and unique instincts for the coordination of divided labor. Wilson thinks that ancient humans shifted to group-selection when they started defending stable camp sites as a result of controlling fire some 800,000 years-ago. 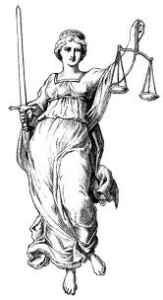 From my study of the evolutionary significance of the major mental illnesses, I concluded that ~6 million-years ago, in the face plunging birth rates in a near extinction of apes, the earliest hominin species evolved to convert their barren hierarchical dominance-and-submission interactions between ape individuals →over to obedience-to-the-authority-of-justice within hominin relationships (whether between two individuals, or 1002). This momentous shift was driven by the natural selection of those relationships (as opposed to individuals) that possessed the capacity to coordinate & divide labor resulting in productivity. So the authority of  justice, residing in the thin ether of our relationships, has been the root emblem of our entire hominin “tribe.” The cultural evolution discussed by Ridley is but a recent manifestation of our collective will for justice that sustained our ancestral  species in their long journey through the eons from our creation.

So this post (and blog) moves beyond Ridley’s (and Lucretius’) mere observation that humans evolve by coordinating their divided labor. Here we have an actual evolutionary mechanism that describes how when and where it actually came to pass. 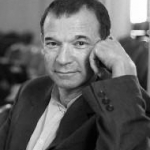 The book’s hero is the Roman epicurean philosopher Lucretius who has been popularized by the acclaimed book The Swerve written by Stephen Greenblatt, who happens to be a Yale classmate.

Lucretius was the first one to conceive that the world is made up of tiny particles, and we are still learning about them: 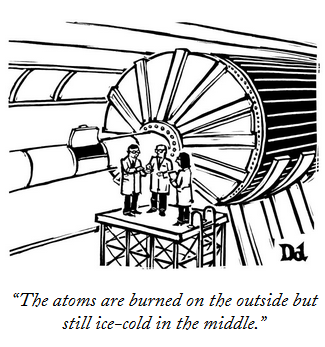 2 Comments on “What’s Missing in Matt Ridley’s “The Evolution of Everything?””