As I have said several times in this blog, I decided that mania (the “up” part of bipolar disorder) is a disorder purely of our own species, because one of its main symptoms is the hyperactivity of grammatically complex speech, which is clearly only recently evolved. I then deduced that mania itself represents a pathologically hyperactive manifestation of all that has been newly evolved in humans. After reading Geoffrey Miller’s book, The Mating Mind: How Sexual Choice Shaped the Evolution of Human Nature (2000), I agreed with him that “sexual display” most famously exemplified by peacock’s feathers is a fundamental human motivation which becomes hyperactive and highly exaggerated in mania. I refer to this unique and entirely normal human impulse simply as “self-display” in order to emphasize that this feeling state is directed not just to the opposite sex, but to a somewhat nonspecific wider audience. The “background” sensation of having an audience is intrinsic to humans: “All the world’s a stage…” 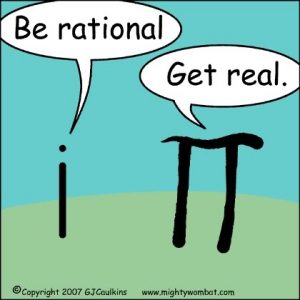 I began to think that the motivation for self-display which I was now realizing is part of virtually all aspects of human striving could throw new light on the concept of ego in human psychology. Freud cast the ego as a mediator between the superego and the antisocial impulses of the (primate) id. Freud’s ego is motivated by the “reality principle” in negotiating socially appropriate compromises between the id and superego. The more I thought about Freud’s concept of ego the more 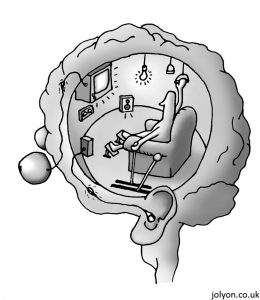 I thought it resembled what philosopher Gilbert Ryle termed the “ghost in the machine,” (1949) referring to the widespread mistaken assumption that there is a little person or “homunculus” in our minds, in this case fending off the superego and id. I could not conceive of a biological correlate of Freud’s ego, which he envisioned as a sort of rational diplomat with no emotional oomph of its own!

I began thinking that the human ego was not just a Freudian mediator, but had emerged as a biological entity with an agenda of its own—not just the limited forms of sexual display seen in birds, but a vastly expanded motivation to display to many others in many different ways the special status of you as an individual. This definition is more akin to what is meant by saying that someone has a “big ego.” Step back and consider how very human it is for everyone to “dress up” what one knows to be the bare-bones reality of oneself by adding a few harmless “stretchers” to the truth—a little “makeup and a shoeshine”—in order to enhance one’s appearance to others. Occasionally I was asked by a patient what I thought of their vanity that was being exposed by the frankness of our conversation. My answer was always the same: “It’s only human.”

The word, ego, is Latin, derived from the Greek word for I, and philosophers have been wrestling to pin down this elusive concept of ever since. Psychoanalysts do not have a “patent” on this ancient existential abstraction. In New Age guru, Eckert Tolle’s wildly popular book A New Earth (2005), I thought that his concept of ego could be placed in an evolutionary perspective by considering it as a combination of the uniquely human drive for self-display along with the primate impulse for domination (id). Tolle’s recipe to achieve a spiritual awakening is to rid one’s life of ego and replace it with “mindfulness” which possibly could be identified with the attempt to center oneself in the collective unitary hominid mind (analogous to “soul,” or Jung’s collective unconscious) that evolved over the course of six million years prior to the evolution of humans. So I am not the first, nor will I be the last, to reinterpret the term, ego.