With two high-profile suicides in the news, it is timely to discuss the inner experience of the most lethal form of depression. Seeking escape from an intense feeling of entrapment is intrinsic to melancholic depression, among the most dreaded of all mental illnesses. Aptly named by Hippocrates, melancholia means “black bile,” a potent metaphor for the interior experience of this horrible condition. Patients enveloped by other types of depression can often find a reprieve from suffering in the offerings of warmth and personal support from others. In stark contrast, there is no amnesty to be had from melancholia; the blackness of the mood derives from a total preoccupation with escape into oblivion and nothingness. “I feel dead. My life is over.”

In melancholia, the alternative of death, or simply of “not existing,” is not seen as a positive place to go, but rather as an escape from the intolerable subjective experience of the present. In melancholia there is the loss of hope for the future and a sense of being intolerably trapped within the excruciating present with the only definitive escape being death.

A most moving and articulate firsthand account of melancholia is found in the short memoir Darkness Visible (1990) by William Styron:

. . . it is not an immediately identifiable pain, like that of a broken limb. It may be more accurate to say that despair, owing to some evil trick played upon the sick brain by the inhabiting psyche, comes to resemble the diabolical discomfort of being imprisoned in a fiercely over-heated room. And because no breeze stirs this caldron, because there is no escape from this smothering confinement, it is entirely natural that the victim begins to think ceaselessly of oblivion.

Vivid images conveying the intensity of the fear of being trapped were captured in the horrifying pictures taken on 9/11. The entire nation was gripped by the sight of desperate people hanging out of windows shattered by the inferno, and bursting from them, bodies flung out with neckties streaming upward like tiny banners. The sufferer in melancholia suffers no less.

At one time in my life, as it is with many busy mental health practitioners, it was part of my daily routine to be in bare-knuckle adversarial negotiations with individuals in passionate advocacy for the continuation of their very existence. Inevitably the issue came down to the patient’s desperate determination to hold on to his access to the option of committing suicide. Consider a state of mind in which, although physically completely healthy, you feel so utterly trapped in despair that all you can think about is escaping into death.

In my treatment of the major mental illnesses over the years, I came to believe that each is comprised of a specific segment of normal emotional function that breaks away from its balanced regulation into a sustained and unrestrained state of pathological hyperactivity, which then overwhelms and disables the totality of mental function. But what normal function could possibly be served by the feeling of entrapment? 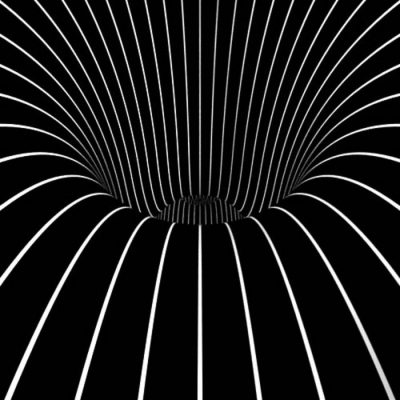 We all experience our societies as vertical funnels that threaten to entrap us below and thereby motivate us by virtue of our fearfulness to strive upward and inward toward the center of our societies according to a broad variety of social norms and values. Putting aside the goal-directed motivation of ambition, the broad underlying and deeply felt motivation of all work is repelled by the fear of slipping down into social entrapment, by poverty for example. The direction of work life in general is upward from beneath and inward from the fringes.

The up-and-in axes of social striving in response to this funnel-like emotional landscape forms the structure of a pyramid, suggesting that the fear of entrapment was evolved in relation to hierarchical social structures in which group members are ranked as in a military hierarchy. Nonhuman primates have been defined by the intensity of such hierarchies since they began forming groups about 52 million years ago.

The social fear of entrapment at the bottom or periphery of a group was probably derived from the fear of physical entrapment which threatens survival, and then was naturally selected for the stability it provided to group associations. In this process, the antisocial fight-flight responses evolved into the more stable dominance-submission ranking of hierarchies. I gained insight into this process from my work in a maximum-security prison. Human social structure is a hybrid of the primate hierarchical component that is overlain by at least a million years of evolutionary development in humans that evolved for the benefits of coordinating work. However, in prisons, some of those evolutionary advances in social functioning disappear because prisons are made up of men selected for their aggression and are crammed together with no work to be done. In this setting, a pure-culture of the hierarchical component of our social structure is engendered—and its internal transactions are vividly apparent.

I noted the frequent use in prison of the expression, “getting over” on someone, which is a more radical version of “putting something over.” Getting over basically involves intimidation. This transaction amounts to one inmate forcing the burden of melancholic fear into another inmate who then becomes “frozen” into submission. In prison life the collective fear of entrapment can be regarded as a negative currency motivating competition to “push” this fear downward and outward into others through intimidation. In all possible political triangles within a given group, the most intimidating individual will end up at the apex of a stable social pyramid. The function of normal claustrophobic social fear is to reverse the flight response from outward and away to inward and upward toward the stable social engagement of submission. Melancholia is a sustained emotional state of pathologically intense submission.

It is compassionate to understand empathetically that mental illnesses relate to normal human emotions and are not just “crazy.” However, it is important to acknowledge that the suffering from the pathological intensity of these emotions is outside of our normal experience and is the effect of a true illness. 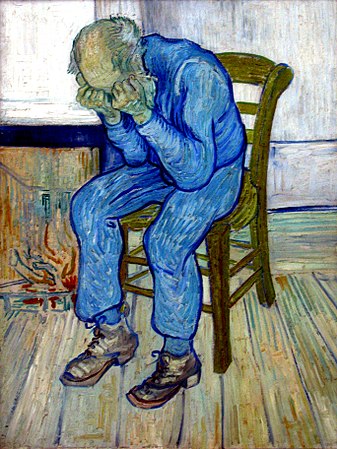 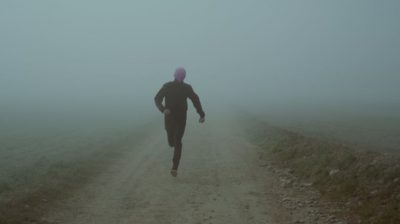 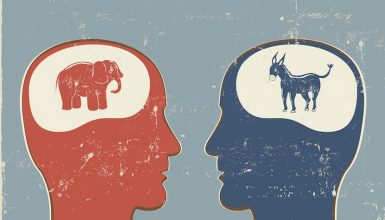