The “radical” conservative philosophy being introduced by the Trump administration is old hat to Darwinian evolutionists. This is the philosophical strain flowing from Nietzsche to social Darwinists through Ayn Rand into Paul Ryan. It supports the businessman’s belief that he is the winner of life’s competitive contest is like the alpha male in a troop of apes. According to this credo, far more important than unleashing our natural physical resources, is the imperative to release our natural inner motivational resources of competitive energy. This dystopian vision takes our natural state of association to be that of primate hierarchy, not only with respect to individuals but entities of every stripe—business, medicine, nations, etc.—each through competition naturally rising to their rightful station based on Darwin’s concept of “fitness.” The stability of this world order is based on the balance at every level between dominance and submission. So when Donald spews out his outrageous tweets, the intent is to provoke everyone to take off the gloves and see where the chips will naturally fall in the grand hierarchy contest. He wants everyone to climb into the pyramid and play his dominance game.

The problem with this brave new world is that it doesn’t take into consideration how and why humans have risen above apes. It is natural for a businessman like Trump to believe that we are still basically apes because his world is fundamentally ape-like: he brings analytical skills to gauge his self-interest in making deals. Superficially it is a win-win proposition, but he has the right stuff to get the better deal. This is no different in kind from the daily transactions of apes. But the question remains: what is the source of the power that resulted in our ascent above all the other creatures of the earth?

Guarantee: we did not get to where we are by simply continuing to compete in ever larger hierarchies.

The dominance–submission hierarchies of ape societies evolved in our human ancestors, the hominins, into a social structure based on obedience to group authority. Coordinated groups, not individual actors, give modern civilizations their power. Since the Super Bowl is coming up, let’s take football as an example.

Do you really think that the ability of eleven individuals to synchronize their behavior during the execution of a play is a recently acquired capacity? The sheer ability for many individuals to pursue a single real-time goal is seen at a rudimentary level in carnivores like wolves and lions, but humans are specialist and have been refining this behavior for millions of years. The coach can fire up a team with competitive spirit, pay them enormous salaries, and put players on notice that they can be replaced, but where the rubber hits the road, they will not win unless they function as smoothly as parts of a machine, or organs in an organism—and at this “inside” level where coordination is what is needed, your liver does not function better when it is competing with your spleen.

The human part of who we are has been selected not for hierarchical ape-fitness, but for the productive fecundity of associations at every level. The result was the evolution of the collective authority of justice into which our hominin ancestors became immersed. And why was, and is, justice naturally selected? Because a just relationship, whether between a mated pair-bond or distributed among the relationships of an entire nation, is the most productive of all social structures.

Justice inherently begets bounty because productive bounty was the very quality for which justice was naturally selected.

Justice has been naturally selected over the millennia because unjust relationships were not as productive of offspring and fell by the wayside. Modern examples abound. To take just one, the containment policy toward the Soviet Union was an unqualified success because their gross injustice insured that if we waited long enough, it would economically wither away and be left behind, which is exactly what happened. Despite Putin’s ape-dominance act, Russia will remain weak precisely in proportion to the unjustness of their society.

So, the one hope I have for president Trump has nothing to do with his deal making or chest thumping, but the possibility that those Trumpian folks who have been treated unjustly will find at least some redress in his policies, and that the sum total of America’s justice, and therefore our productive strength, will increase. 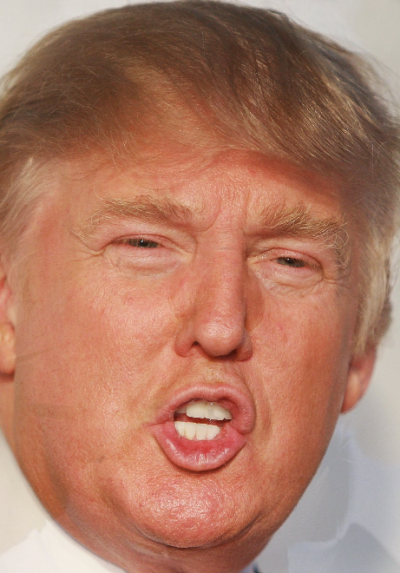