Spirit is defined as the emotions-and-motivations residing in relationships between individuals that coordinate their mutual behavior. These behaviors are not the result of cognitive analysis by individuals but are compared to evolved trains of harmonics mutually sought by individuals in the same way musicians strive to do so. Spirit possesses its own, separate life by virtue of the independent replication and natural selection of the genes underlying these relational motivations.

Evolutionary direction is viewed as the life force drawing together living entities and countering the entropic state of dissolution: sex in all animals, mother–infant bond in mammals, social anxieties in primates, and finally ascension of the spiritual force of authority in hominins. 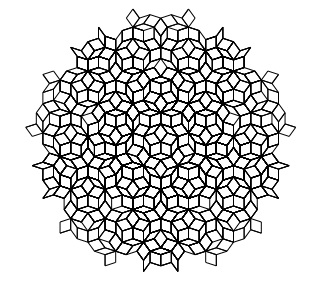 A hominin group is redefined as a fractal structure in which the principal locus of evolution has shifted from the individual to relationships between individuals at all levels. The “sacred spirit” is defined as the will for justice within relationships that is naturally selected on account of productivity, and that selects individuals for their morality. Power is defined as the evolved capacity for many to synchronize their functional behavior (work) under a single will.

In recorded history, power is usurped from the sacred spirit by individuals, which reaches a zenith in the archaic age characterized by human sacrifice and monumental pyramidal architecture. The axial age of the Hebrew prophets, Buddhist India, Confucian China, and the Greek philosophers marks a turning point, initiating an historical movement toward a new evolutionary equilibrium in which the authority of the sacred spirit’s justice is in the process of being restored to human power. 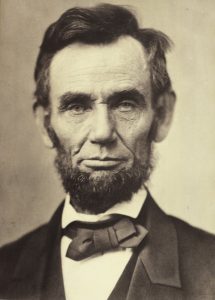 If we shall suppose that American slavery is one of those offenses which, in the providence of God, must needs come, but which, having continued through His appointed time, He now wills to remove, and that He gives to both North and South this terrible war as the woe due to those by whom the offense came, shall we discern therein any departure from those divine attributes which the believers in a living God always ascribe to Him? Fondly do we hope, fervently do we pray, that this mighty scourge of war may speedily pass away. Yet, if God wills that it continue until all the wealth piled by the bondsman’s two hundred and fifty years of unrequited toil shall be sunk, and until every drop of blood drawn with the lash shall be paid by another drawn with the sword, as was said three thousand years ago, so still it must be said “the judgments of the Lord are true and righteous altogether.”