I began my career working in a maximum-security prison with a state-mandated treatment program. One of the inmates there, whose countenance still haunts me from time to time, was a gaunt middle-aged man who used to stand in the corner of the common room and blankly stare out the window all day, chain-smoking. His posture, the expression on his face, his movements and gait, all bespoke unrelenting despair. He never talked to anyone, much less to me; but after observing him for a year, I concluded that his emotional condition was existential and not caused by mental illness..

In psychiatry, we sometimes simply pluck out complex philosophical concepts and adapt them for our own use. We call an existential psychiatric condition one that is a direct emotional response to a person’s circumstances and is not a sickness. To make such a determination, a judgment must be made about whether the emotional response to a specific set of circumstances is within the normal human range of human responses—which is among the most delicate judgements of a psychiatrist. On the fringes of the field of psychiatry there are always those who espouse that all mental illnesses are existential, which is a cruel belief, sustained by ignorance.

At the prison, all the inmates had to attend tier meetings, and he would sit at them week after week, month after month silently staring at the floor. Inexplicably one day, after a long silence, he began to talk, softly, but he could be clearly heard as everyone in the room fell silent and listened intently to what he had to say. Part of what was expected in these meetings was for inmates to walk us through their crimes. He spoke slowly and deliberately with no emotion whatsoever.

He had shot his wife dead after drinking one night. He said that he would always love her and was just waiting to die. He then went on to describe in spare, clear language how he would frequently enter prolonged periods lasting weeks during which he would be silently enraged at his wife for no apparent reason. She finally told him that she couldn’t tolerate it anymore and was going to leave him, in response to which he killed her. He said he had been drinking, but  wanted to make it clear he did not kill her in the heat of an argument. He killed her because he couldn’t stand to be without her. He said he had pleaded guilty and told us that he felt he was in the right place. He lapsed back into silence.

In my clinical book, Diagnosing and Treating Mental Illness, I describe a common condition that I call snit disorder, a mental state of anger occurring mostly in marriages in which people have high separation sensitivity but also high levels of aggression. Not uncommonly when the relationship is felt to be particularly close, something will happen during a marital interaction that abruptly breaks the rapport, such as a careless or unkind comment or even a gesture. In response, the sufferer is thrown into a state of intense, prolonged rage that can last for days or even weeks. Often the patient might want to rehash the “issue” over and over again, following the beleaguered spouse around for hours. This is the kind of situation that, especially when alcohol is involved, can lead to spousal abuse.

For these patients, separation anxiety serves as the platform for their awareness that their rage is destructive and unreasonable, but at the same time they are trapped in obsessive thoughts of revenge (fight) and divorce (flight), and generally “going out into the garden and eating worms.” The other key diagnostic characteristic is that when rage finally runs its course and abates, extreme remorse, shame—even humiliation—results from the damage that the mood state has wreaked upon the relationship. This state of mind was present in the man described above, and it distinguished him from many of the other inmates. Much of classic country music is in sympathy with this all too common human tragedy compounded by alcohol. 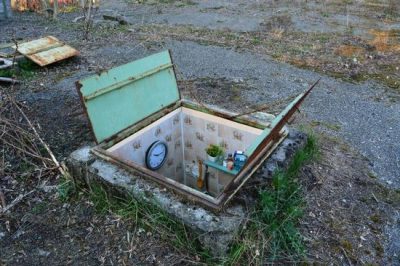