The genetics of mental illness, and particularly schizophrenia, is fraught with the history of the eugenics movement in the 1920’s and 30’s. In 1928 twenty states had compulsory sterilization laws, most including “lunatics” among the target population. This popular movement was based on the assumption that mental illnesses are caused by a small number of recessive Mendelian genes, the falsity of which was made clear in Hitler’s hideous effort to eliminate schizophrenia in Germany: 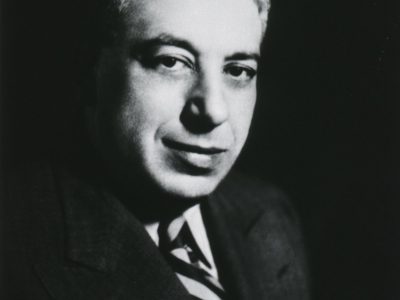 Fanz Kallmann, who had been an advocate of compulsory sterilization in Germany, fled to the U.S. in 1936 where he later conducted seminal twin studies. He found that the incidence of schizophrenia rose from about 1% in the general population to an 85.8% co-morbidity in identical twins (Kallmann, 1946), which is in the same range as a large recent study placing the genetically inherited component at 79% (Hilker, 2017). It is now acknowledged that, like most other complex illnesses, mental illnesses are caused by many genes of small effect, and that combinations of risk factors in each family lineage might be virtually unique.

Partially as a result of difficulties in determining biochemical causes, there has been a large recent effort to decipher the genetics of mental illness. A major study was recently published in June The Brainstorm Consortium (2018) conducted by hundreds of investigators over more than five years involving over a million participants. Whereas each neurological disorder demonstrated distinctive unshared risks for each disorder in their genetic underpinnings, the genetic risk for psychiatric disorders could not be distinguished from one another and correlated as a group only with the personality category of neuroticism[2] and with developmental cognitive deficits (possibly secondary to the neuroticism). This essentially negative finding led to the following conclusion:

Clearly this study in which the genetics of mental illnesses are indistinguishable from each other does not provide a way to “refine psychiatric diagnostics” to fit underlying genetic causes.

Meanwhile the even more ambitious PsychENCODE Consortium organized by the NIH in 2015 is attempting to unravel differences between psychiatric illnesses in the non-coding regulatory and epigenetic portions of the genome. The first set of papers were published as the cover story in the December 14, 2018 issue of Science with an enormous data set that demonstrates how the expression of disparate genes with common functions congregate in genome “modules.” Although most (but not all) feel that this research is moving in the right direction, there is general agreement that a path to a biological mechanism for mental illness is not yet in sight.

[2] Neuroticism is one of the “Big Five” personality traits. Individuals who score high on neuroticism are more likely to be moody and to experience anxiety, worry, fear, anger, frustration, envy, jealousy, guilt, depression, and loneliness.