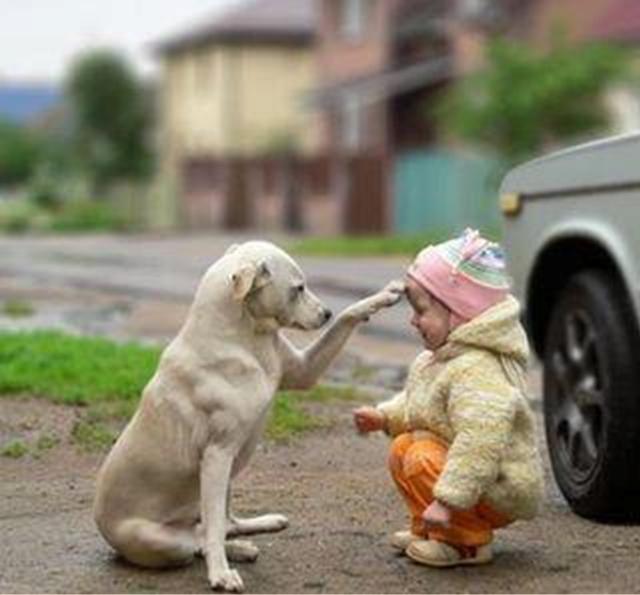 YOU AND I HAVE A LOT IN COMMON

One of the core ideas to emerge with respect to the unique property of human language is the ability for a group of individuals to share a single intention.  When an adult points out a toy to a child to share in the experience, something unique in the animal world is taking place – except for one other species – dogs.

Recent studies in dogs demonstrate that the core of what has been evolved in the domestication process is the extraordinary ability of dogs to read human intentions.   A group of cognitive scientists at the University of Lincoln in the U.K. led by Kun Guo (2008) has determined that dogs, like humans, have a preference for looking at the right side of our face because it is controlled by the left hemisphere which is most involved in expressing language.  Clearly this is an adaptation to reading human intentions because they do not show this eye gaze preference when communicating with each other.

In an ingenious experiment also performed by Juliane Kaminski (2008) two balls where placed in front of two barriers – one translucent and the other opaque such that the dogs could see both balls but the human subject, sitting behind the barriers could see only one of the balls.  When the unknowing human, (with eyes fixed elsewhere) said “fetch” the dog preferentially retrieved the one in front of the translucent barrier – with the clear assumption that it was the one the human could see.  Accordingly, when the human turned his back on the balls, the dogs retrieved them randomly on command, because they knew the human could now not see either one.  It is truly as if dogs live inside our minds in the same way all hominids live have lived within each others’ minds. 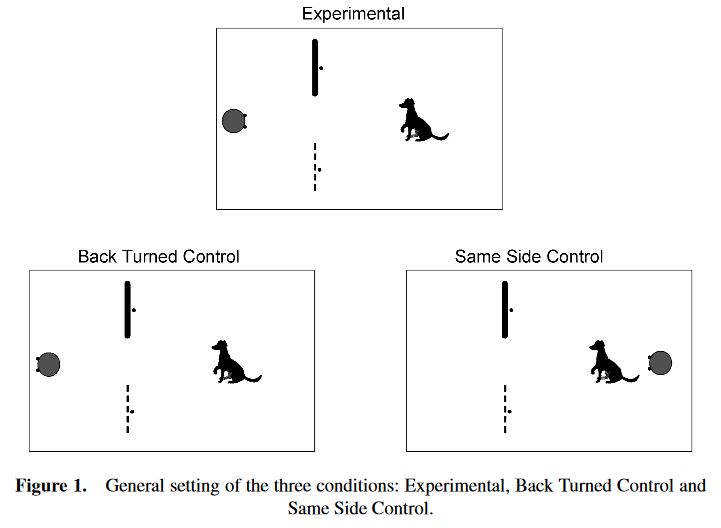 The majority of the comprehension by dogs of our world is from our gesturing as it must have been for early hominids, but also is very much alive today.  Irving Goffman (1959) introduced the term “dramaturgy” in his detailed concepts of “microsocial” human interactions in the shared gestural sphere of communication initiating a field of study that robustly continues.  His basic ideas are illustrated in Malcolm Gladwell’s book, What the Dog Saw (2009) in which he explores the talent of the celebrated TV “dog whisperer,” Cesar Milan.  He quotes a movement expert, Karen Bradley, who heads the graduate dance program at the University of Maryland.  They watch some video of Milan’s subtle, virtuoso movements while communicating to both a dog and their owner with the sound turned off. 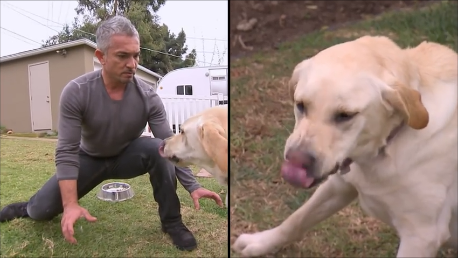 “He then leans forward for emphasis. But, as he does, he lowers his hands to waist level and draws them towards his body, to counterbalance the intrusion of his posture.  And then, when he leans backward again, the hands rise up to fill the empty space.  It’s not the kind of thing you’d ever notice.  But when it’s pointed out, its emotional meaning is unmistakable.  It is respectful and reassuring; it communicates without being intrusive…. ‘He’s dancing,” Bradley said. “Look at that.  It’s gorgeous.  It’s such a gorgeous little dance.’”